Relax, Ricoh Isn’t Going to Kill the Pentax Brand or Their Cameras (Confirmed) Don’t worry Pentax users, you can all breathe a sigh of relief because Ricoh isn’t planning on killing off the Pentax brand and probably not the Ricoh GR series either. The rumor started not too long ago when Ricoh made a statement that could have been interpreted as the company considering closing their camera business and Pentax down. Of course with the viral nature of the internet and the way photographers love to speculate on Facebook and other social media platforms, it spread across the photo world like wildfire. Adding fuel to that wildfire is a very big fact: despite the fact that Pentax and Ricoh do a great job producing fantastic cameras that often stand out from all the rest, their sales just have never quite been there.

However, the company offered a clarification on the statement.

Ricoh is not going to kill their camera business. Instead, the statement is more in regards to them stating they’re going to continue to develop things that sort of don’t make them jump into a pool of sharks. And it makes sense, Leica did the same thing years ago when everyone was telling them to make a DSLR. So instead, they made the S series.

Below is Ricoh’s statement. Ricoh Statement Regarding the Future of its Camera Business

West Caldwell, NJ, April 14, 2017—Ricoh Imaging today issued a statement to clarify misinformation shared in an article posted by a business media outlet earlier this week. The article claimed that Ricoh was considering shrinking its camera business and withdrawing from consumer products.

This article was not based on an official Ricoh announcement.

The official Ricoh statement on the future of its camera business is that the company is focusing its resources on products that are unique and bring high value-add to its customers, such as PENTAX and GR cameras, which are appreciated by professional photographers and photo hobbyists. Ricoh is also investing in and will continue to expand its business in input devices for virtual reality and augmented reality—where the company sees rapid growth—with its industry-leading Ricoh Theta line of 360-degree cameras. I don’t really think that it’s time for Ricoh to fold Pentax at all, however I do believe that they should be coming out with more full frame cameras and perhaps abandon most of their efforts in the APS-C lineup. That’s tough to do though considering that of any manufacturer out there, they have the most APS-C lenses offered.

What would be really cool though (and I’ve talked about this amongst many other photographers) is perhaps bringing back one of their film cameras. For example, a new GR series camera made to accommodate 35mm film would be really cool, as crazy as that sounds. But also the Pentax lineup of film cameras are still in use with a lot of photographers as a hobby. And if they’re going after the enthusiast, why not just go fully into it? They’ve got all the lenses already… 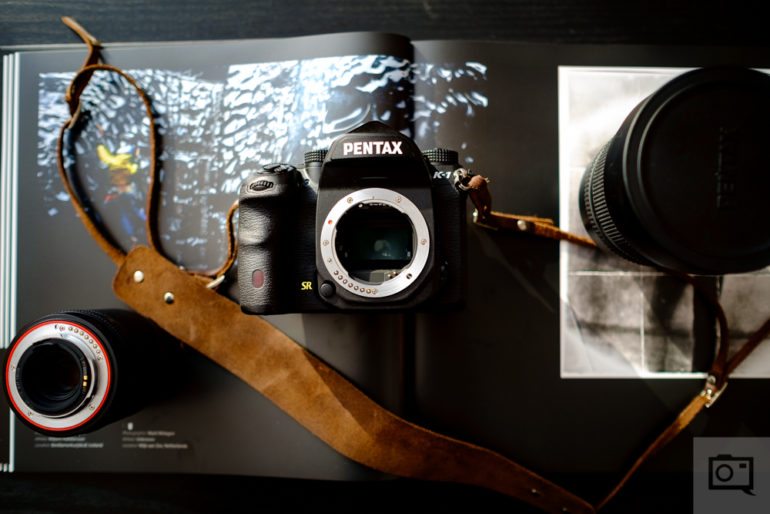 Right before I was going to hit publish, I thought about Pentax camera fans. I’m probably one of the few journalists that will publicly admit to it, though my friends the Northrups I believe have said it before in their podcasts. The problem with Pentax is absolutely nothing with their cameras or their lenses. They’re fantastic, but they’re not perfect. No one’s offerings are perfect though, and it’s our job as reviewers to state this. People may claim that Fujifilm or Sony may be paying us to say such great things, but there are legal disclaimers and FTC laws that actually prevent us from doing that with clarification. And as I’ve always done, I’m explicitly clear in our Sponsored posts. We’ve always abided by these laws though I can flat out name at least three publications that lead their readers astray.

Anyway, the problem with Pentax isn’t their cameras, lenses or their products: but for a long time it has been a specific, fundamentalist segment of the fanbase that becomes a bit too overly sensitive about gear. The moment any reviewer states that we don’t like something or we make a mistake perhaps because we’re not as familiar with the Pentax system, fans tend to bring out the torches and pitchforks even though the nature of the web is that we can make corrections. It happened years ago to us to the point of which our old security company warned us that they were fending off a DDoS attack because of a review. None of us, myself included, should be or do hold gear into that high of an accord. My personal website features work that I’ve done on countless cameras, systems, shot with various lights, various lenses, and even some film. And that’s been my message since day 1: gear is cool but no one is making a bad camera and no one should let it get in the way of them making better photos. For example, despite Digital Rev stating that the Hexar AF has terrible bokeh, I rather like it. But that’s me. Do I care that another camera won’t be made like that ever again? Not a chance really, though if something came around I do think it would be cool. However, there are loads of other options out there that can help me shoot the way I do with a Hexar.

You can read the entire statement from Ricoh about Pentax and its camera business here.