All images by Levi Wedel. Used with a Creative Commons permission.

There are more than enough films out there that use and envision a near apocalyptic future, but perhaps none really capture it like Levi Wedel’s Invisible City. Levi hails from Alberta, Canada and the Invisible City project is a number of photos taken at night on medium format film. The scenes depicted are devoid of people–and when you look through the images it’s really easy to feel as if you’re completely alone in the scene. This sense of being alone leads to an eerie uneasiness that someone or something may pop out and get you; and that something is creeping in the darkness. To get the look of Invisible City, Levi Wedel used Kodak Portra 100T in medium format shot through Hasselblad cameras. Never heard of it? Honestly, nor have I–but when you understand how it works it makes a whole lot of sense. You see, it’s a slow film that is tungsten balanced, which is all the way on the other end of the white balance scale from Daylight (which most film is balanced to.) As such, it’s balanced to the warm tungsten lighting that you’re used to seeing in street lamps and other places. If you were to shoot this film during the day or with a standard flash, the results would come out very, very blue in tonality. But if you shot it at night or indoors with ambient light, you’d get this really cool and eerie look that a lot of cinema is going for these days.

Currently, the only Tungsten based films available are CineStill 800T and Kono! 400T. So if you want to try this for yourself, I recommend snagging some of those. 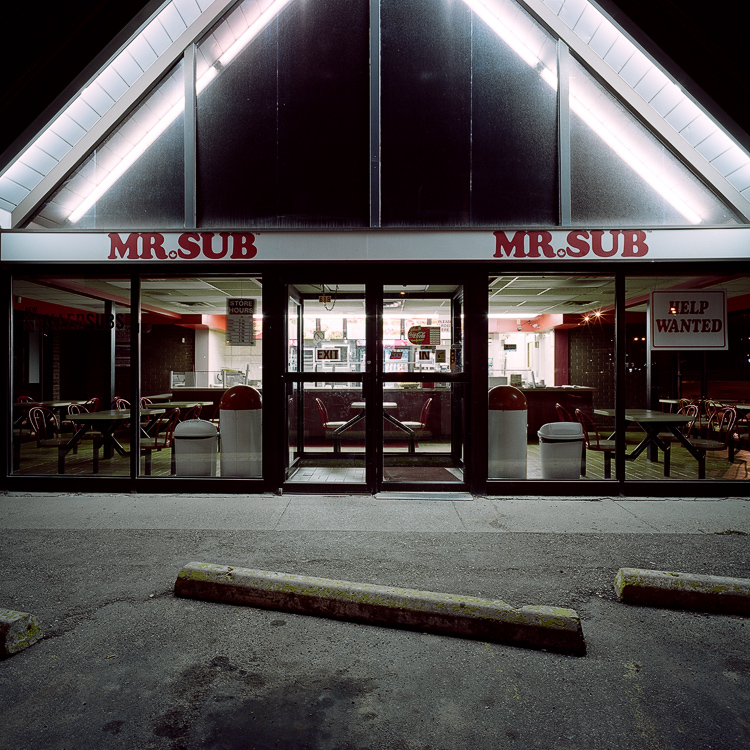 Storefronts at night use lighting, displays and windows to exhibit a simulated appearance of presence. This simulation, however, is transparently obvious and actually serves to indicate that these spaces are deserted. Not only do these spaces at night contain unavailable goods and services, they solicit viewers whom are typically not present, generating a play of signs that only point to each other. Photographs of these storefronts allow a previously absent viewer to view a representation of these spaces, but further remove that viewer from the promises of presence exhibited by the storefronts, and ultimately the goods and services the storefronts advertise. What remains is artificial and stark, a transparent simulation contained within another transparent simulation, where even the physical storefront is now a simulated illusion, contained in an image and unavailable to the viewer except as an idea.

Not only is Levi using interesting colors and an eerie location, but a lot of value must also be put on his use of lines, lighting and contrast to really direct the viewer’s attention. The storefronts are mostly centered with the edges of them really being around where the rule of thirds markers would be. This gives the storefronts an almost natural framing. When you think about it even more, the darkness and the light providing an even bigger sense of framing where your eyes are really drawn to what’s inside each storefront. When you see no one in there, you sort of wonder where everyone is–at least you would if you’re from a big city where locations are often open 24/7 or at least in Toronto and Vancouver where places are open fairly late. 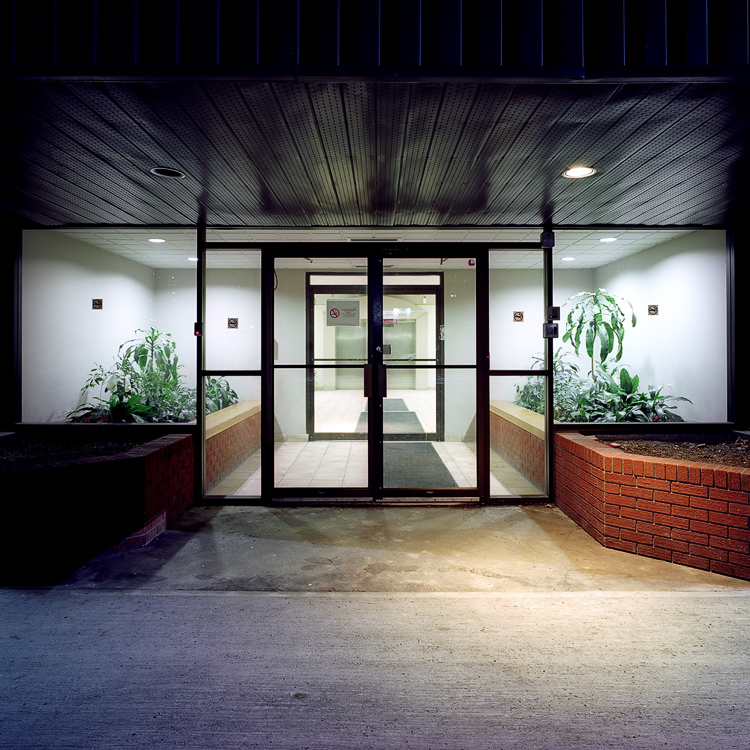 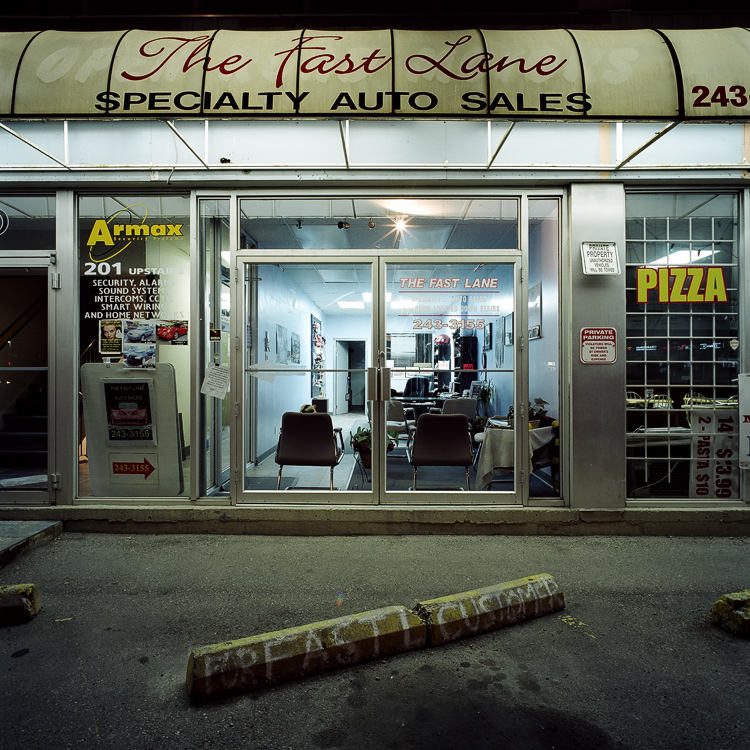 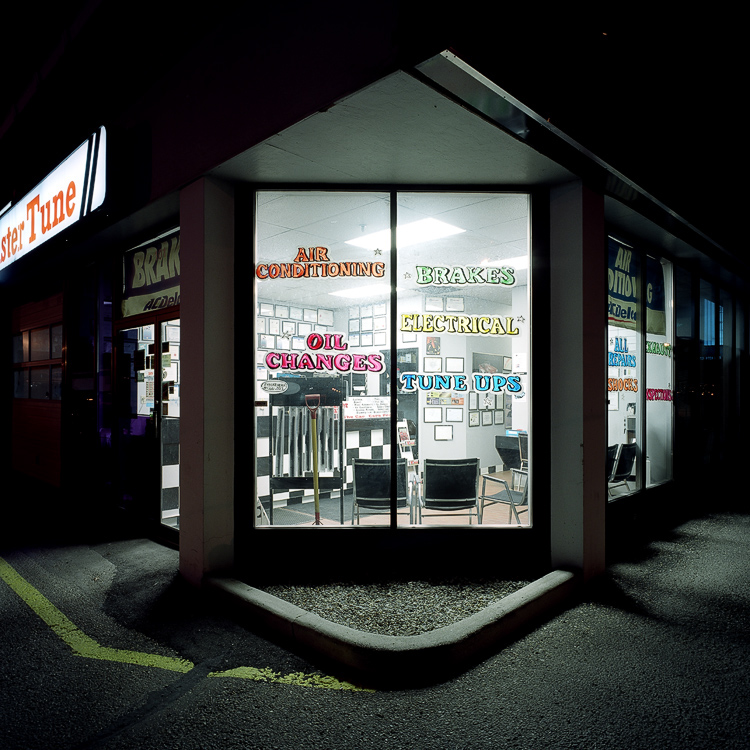 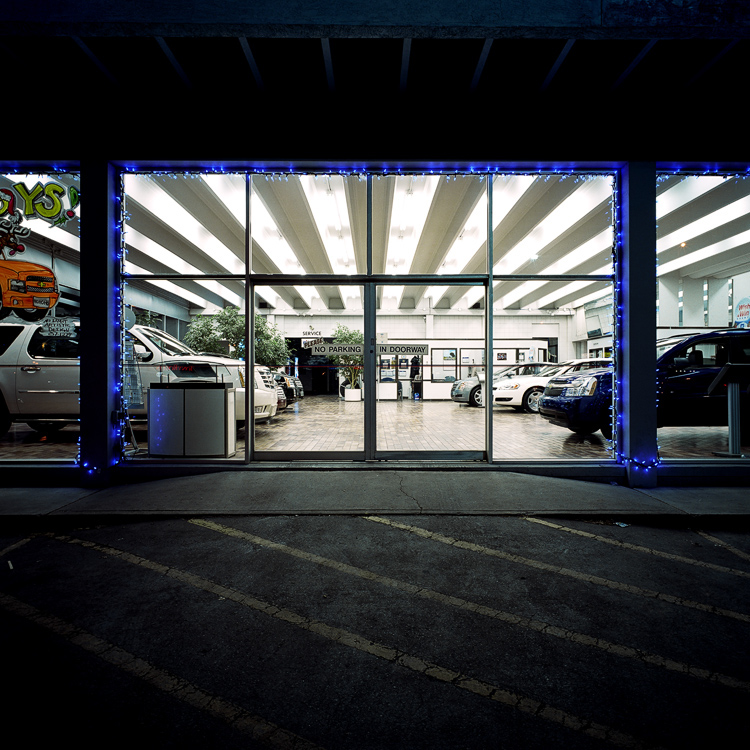 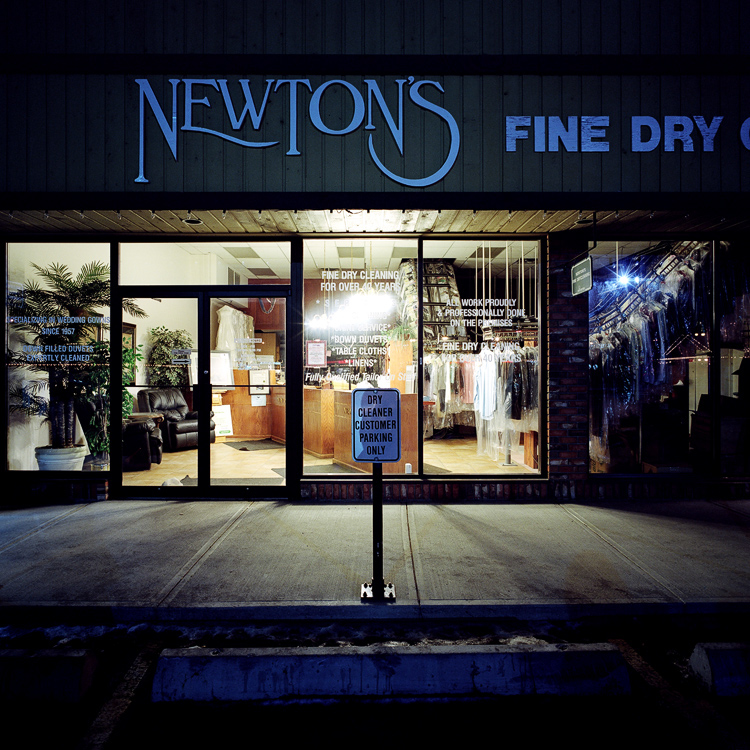 For even more from Levi, be sure to check out his website.