Arguably the most famous black and white film of our time has to be Kodak Tri-x 400; it’s been with photojournalists for years and years. These days though, most folks can’t tell the difference between Kodak Tri-x 400 and so many other emulsions on the market. Despite this, it’s still the most popular black and white film currently available with the highest possibility of never going discontinued.

So, let’s start this review, shall we? Kodak has a great PDF of all the information that you need to know on their website. Though Kodak Portra 400 is a fantastic film to start to learn on when working with color, Kodak Tri-X 400 is a fantastic film to learn on in general. You see, there’s a great reason why Kodak Tri-X was so popular with photojournalists and it has to do with how extremely versatile it is. You can push it or pull it for many stops and still get details. And because of its design, you won’t sit there and complain about the grain because it always ends up looking good. There’s something just so incredibly classic about the look of Kodak Tri-X.

With that said, you can also do a whole lot to the film and still get fantastic photos. In fact, it’s the only black and white film that I’ve consistently used and never lost details in a scene with that couldn’t easily be recovered. Granted, I tend to go for the high contrast style and look–but this film gives me that while also saving just enough details in the shadows and the highlights. 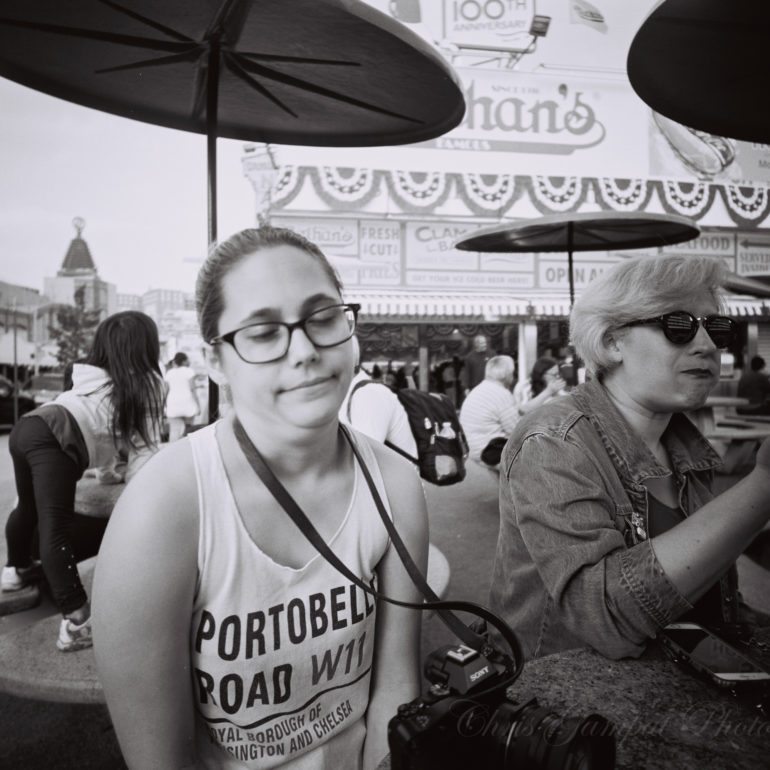 What I’ve typically done is rated the film to ISO 400 then just went about my day shooting without any problems. However, there are situations where you may want to rate it higher like at ISO 1600, ISO 800 or pull it down to somewhere like ISO 100. Again, due to the sheer versatility of this film I cannot at all complain about it though as I’m currently writing this I’m genuinely trying to find a reason to dislike it. But it’s reliability is just so excellent that I simply can’t.

There totally are films that I don’t like, but this isn’t one of them. Image quality from this film depends on a variety of factors: your lenses and the format being just some of them. But no matter what, it’s really tough to not produce a roll of images that are total keepers providing you know how to meter and focus correctly. The film is plenty sharp and delivers a grain structure that I can’t really call anything else but organic. The images in this review don’t look or feel at all like anything digital can produce.

The photo above was shot with the Lomography LCA 120.

The photos above and below were shot on the Diana F+ and shot with the pinhole mode. Kodak Tri-X is fantastic for pinholes and you may even want to pull the film down to a lower ISO value. 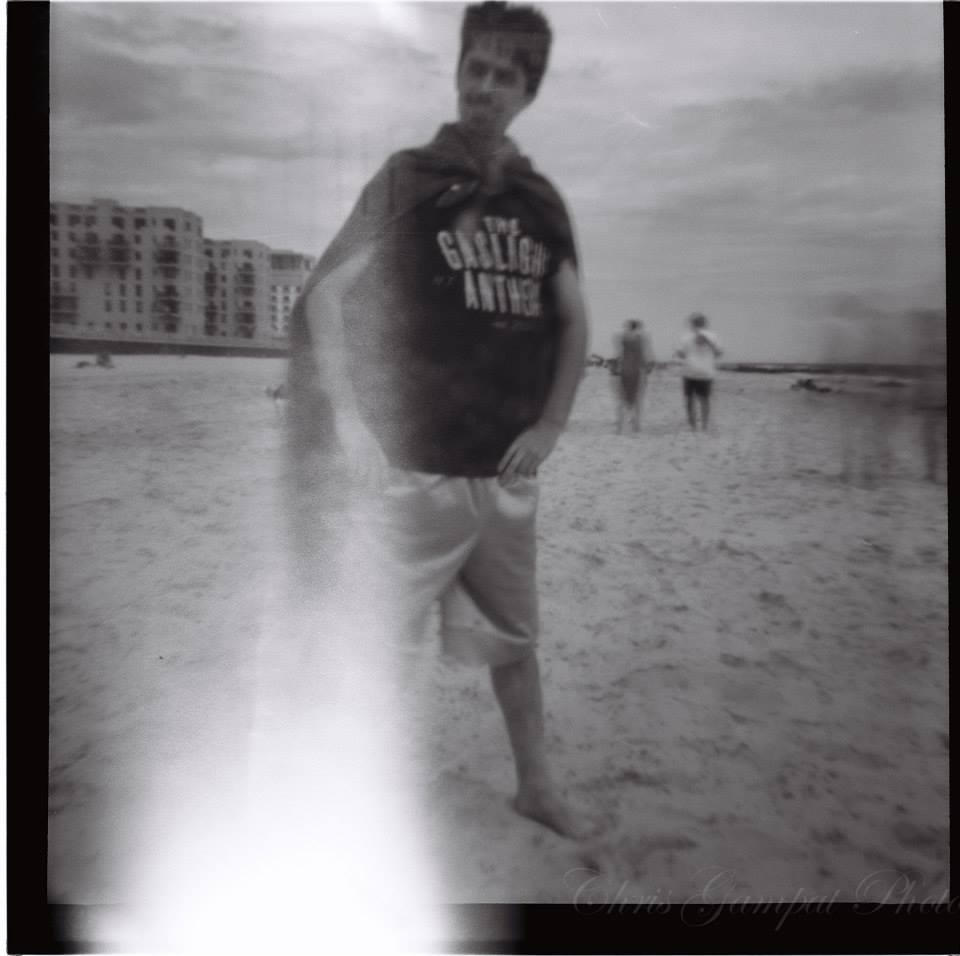 Of course, this specific look is due to the Diana F+’s own issues with the optics and the fact that it was a Sunny day at the beach. Alternatively if you’re at a wedding and using something as classy as the Mamiya 7 II with a flash then you’ve got nothing to worry about. Here you can easily see just how much contrast can be produced while maintaining the details. To this day, I don’t know very many digital photography processes that can do this. If you’re taking photos for fun at a wedding, load up some Tri-X and shoot during the ceremony and reception. Now we arrive at one of my favorite portrait shoots with my friend Dane. This was done with the Bronica ETRs and the 75mm f2.8 along with a monolight inside of an Octabank camera left. I purposely shot at a shutter speed that killed all the ambient light because I wanted this look. Additionally, it ended up just giving me sharper images.

I’m sure you can agree. It’s a shame that there’s a scratch on the film, but I kind of like it. It adds to the organic look and element of it all. Here you can even see some of the details in the background while still maintaining sharpness on Dane and some of the token Kodak Tri-X 400 grain. It’s lovely. In these next sets of images we’re returning to the Lomography LCA 120. When setting the zone focusing up properly, you can see that the film is highly capable of delivering not only sharp images but also just an exposure that otherwise is very tough to deliver. When working with the camera’s metering system, you can still get the brightest brights and the darkest darks in a single photo. 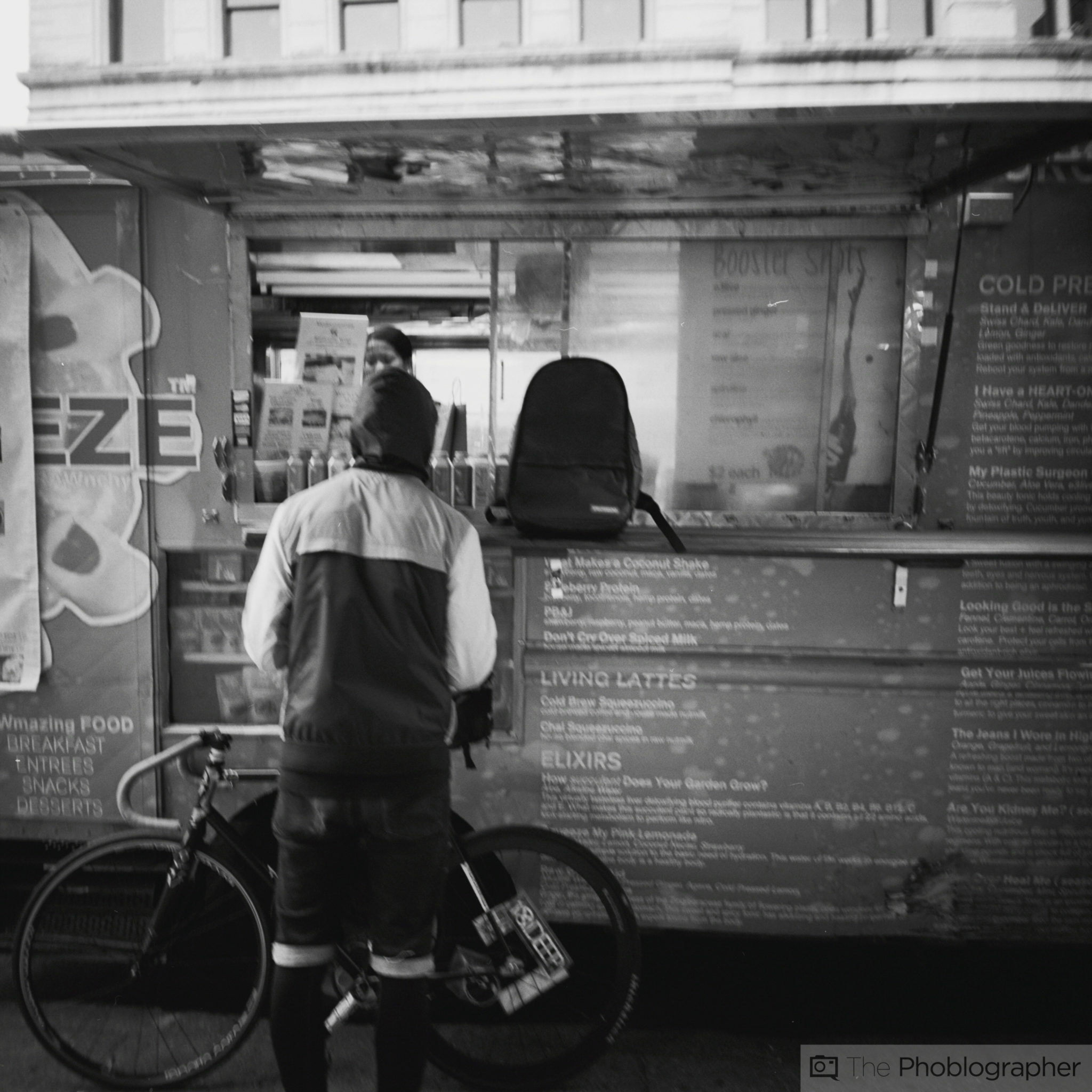 You can surely see why and how it’s such a popular film with street photographers: because in situations where you have a fleeting moment to get the shot right, it’s the most forgiving option while still making the scene look good.

It makes sense that Kodak Tri-X 400 would receive our Editor’s Choice award for the best black and white film on the market; and despite my working with many other various emulsions over the years past it took this review and going through my archive to really, truly realize this. Kodak Tri-X does something that is very tough for other films to do. Kodak Tri-x gets great grain, fantastic sharpness, and offers a high contrast photo while still giving details in the highlights and shadows. It’s almost like black and white HDR imagery without the HDR toning process.

On top of this, it’s so easy to use and highly capable in the hands of mostly any photographer that knows what they’re doing.

Kodak Tri-X 400 wins our Editor’s Choice award and five out of five stars. Want some? Head on over to Amazon for the best prices.