Is the New Sony a99 II Too Late to the Photography Game? 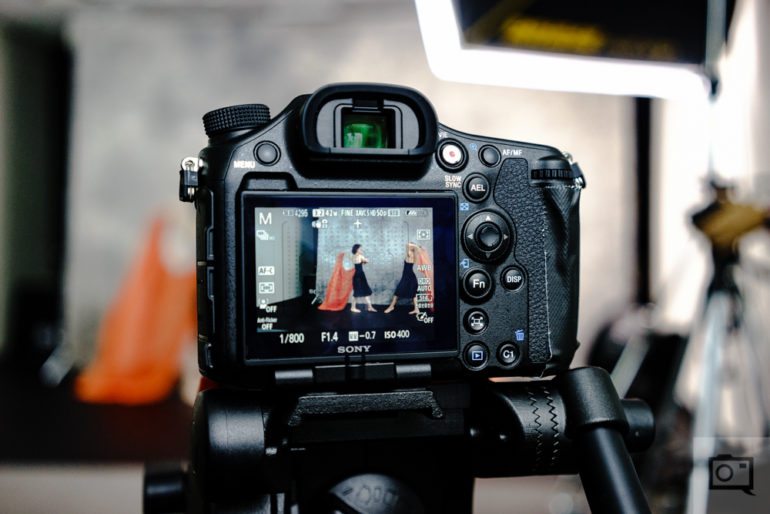 Though Sony was the first to the game with full frame interchangeable lens mirrorless cameras with autofocus, the company has traditionally played catch up in the digital photography world–and there seems to be a bit of that with the Sony a99 II. Granted, they’re now very much the leader in many ways and create understandably fantastic products–but the a99 II’s announcement after around four years or more feels a bit like what Canon and Nikon do. Granted, that makes sense in some ways; but Sony is now mostly known for their mirrorless cameras and that begs the question of whether or not the company is too late with this announcement. The Innovative Sony SLT A55

As we’ve seen in many market trends in the photography world in recent years, mirrorless cameras have been growing in popularity for a while now. Sony has risen to the top of the mirrorless camera game since the NEX 5 and NEX 3 came out years ago. What’s been a major part of the company’s strength is the ergonomics in a small form factor yet a large sensor at the heart. With these, lots of photographers forgot about Canon and Nikon overall with their DSLRs and frankly sub-par offerings in the mirrorless camera market. So why would Sony even bother updating the a99 series?

This is curious; Sony updated the a77 a while back and there surely are a lot of photographers that like the DSLR form factor. Additionally, there are lots of fantastic lenses for the Alpha mount.

But then you consider the fact that the Sony a99’s sensor is still pretty good. It wasn’t bad to begin with and the autofocus system to this day still isn’t that terrible. With the right lenses and lighting, any camera’s output can shine. Some of the biggest changes have to do with the autofocus on top of the new sensor (also in the a7r II) and the 4K video updates. It’s expensive; but that doesn’t stop people from buying it or even the a7r II which is still being bought by many photographers.

Let’s not do injustice to the camera though: the absolute biggest and most glaring difference between the a99 II and the a7r II is the autofocus system that is only really capable of being so incredibly fast with the addition of a translucent mirror system. This probably means that a new adapter could be on the way to give the a7r II this focusing with Sony’s A mount lenses. Indeed, the a99 II is specifically targeted at wildlife and sports photographers, in fact that’s what a lot of their presentation was about. But when the a7r II was announced, the presentation was highly targeted to studio and landscape photographers. Despite this, its autofocus is no slouch either considering that it focuses faster with Canon’s lenses than Canon’s DSLRs do. The photographers who are most likely to purchase the a99 II are professionals and there could even be a few that own the a7r II that will want this. But as it is, Sony’s market share isn’t mostly the DSLR market, it’s the mirrorless market. At an earlier press conference this year, I asked for clarification from Sony on their sales figures and the increase, to which they told a room full of journalists that they’re mostly rising in the mirrorless segment. It honestly makes sense; and it’s overall nice to see that they’re not completely giving up on the Alpha mount though I’m sure it would make a lot of sense if they did.

Then we consider the fact that lots of people are moving away from DSLRs to mirrorless cameras–which the a99 II is not. This could even be the end of the a99 lineup of cameras, especially because I don’t see a reasonable update coming in 2020. By then, the industry is going to be a far different place with 360 cams, virtual reality, augmented reality, mirrorless, and phones all taking a bigger part of the chunk of the industry.

I’m sure the Sony a99 II will be a terrific camera, but I’m not sure that it was needed.