All images by Skander Khlif. Used with Creative Commons License.

Choice of location for street photography shooting is extremely important, and Skander Khlif chose to shoot photos on a train. This isn’t necessarily a new concept–loads of photographers do this while commuting. But in this series of street photographs titled, “Train Full Of Emotions,” Skander managed to capture emotions in the eyes and behaviours of travelers in a train departing to Jaipur, India.

Skander moved very close to the people he photographed on the train, and he successfully established the direct eye contact in most of his portrait shots of strangers. He typically employs tight framing resulting in clean composition, drawing the attention to the facial expression and the sparkle of catch-light in the eyes of his subjects.

The background consists of elements we can typically find on a train – window grills, train doors, the metal walls and steel structures making up a train, and were carefully composed around the portraits of train passengers, enhancing their emotions of longing to return to a family or someone close after a long time. Looking through the photographs, there is a tinge of happiness, sadness, excitement, fear, and all sorts of human emotions blended together in a place so common and public. 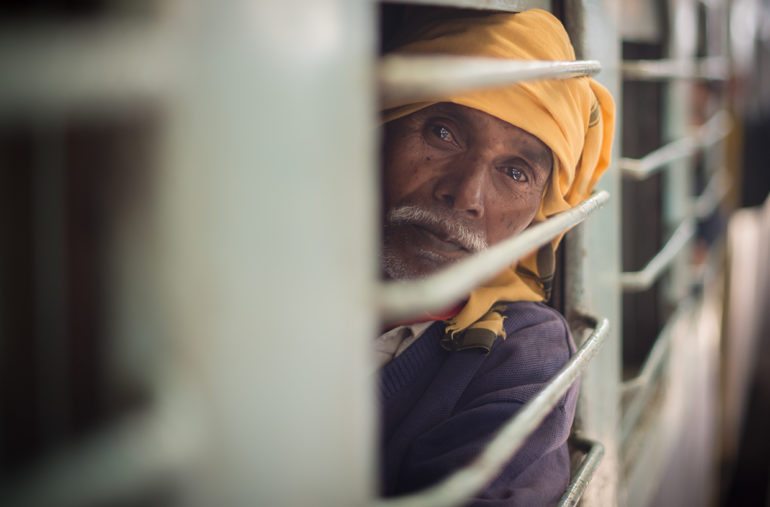