How to Choose the Right Studio Lighting Modifier For You Studio lighting is part of an element that can set you apart from many other photographers out there. Don’t get us wrong, there’s nothing wrong with being a “Natural Light Photographer” as long as you really genuinely are one that’s experimented with and understands lighting–including shaping it. The amount of stuff that you can do with a photo when you start to take control of elements like adding your own lighting and creating your own scenes opens yourself to more potential with what’s possible.

We’re sure that you understand that though; so here’s how to figure out what light modifiers are right for you.

Figure Out What You Want In order to figure out what you want to do, consider the field of view that may typically be in your creative vision. Now, here are some questions to ask yourself: 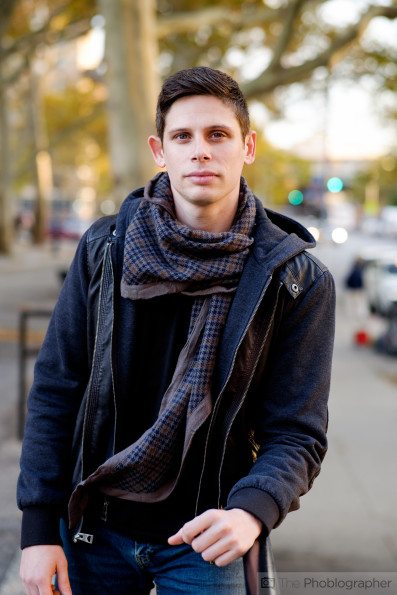 For example: you may want to shoot with a 135mm lens, but may not have the room to do so in your studio. You may also want to create the Peter Hurley look (please don’t, we don’t need the same thing being done over and over again, we need creativity and Peter Hurley does a great job as it is) and so you’ll need either his exact same gear or a lighting setup that can give you similar results.

My specific looks and ideas try to bring out who the person actually is through conversation while finding a way to make them look radiantly appealing. However, the gear only helps me create what I want–it’s still my ideas and processes that are paramount.

I know I just said that gear helps you create what you want, but you should also know that it’s very simple to get the look of what thousands of dollars of gear can do with less money. The idea of doing more with less is something that will keep expenses down for you and profits higher.

So let’s put it this way: Want to shoot tight? Okay, then you’re probably going for an 85mm-135mm field of view. So that’s the lens that you need.

But what about lighting. You’re only lighting an area that’s smaller on the body. So in that case, you don’t need a super large light modifier. A smaller one will suffice. In that case, the standard small softboxes will suffice. But what if you want to shoot a bit wider, let’s say from 35mm to 85mm. Fernando’s skin tone is associated with orange, his shirt is blue and the trees are green.

The image above was shot with a more natural light but it shows you what’s possible with an 85mm lens on a full frame camera.

This image was shot with an 85mm lens a lit with one light in a softbox that was around 24×24 inches. That’s larger than the area that we’re seeing here–so it delivered softer light.

Everyone will tell you to possibly go with a softbox. Why? Because they’re the standard. Yes, they indeed are the standard, but the three main light modifiers used for headshots and studio portraiture are the octabank, softbox and umbrellas. 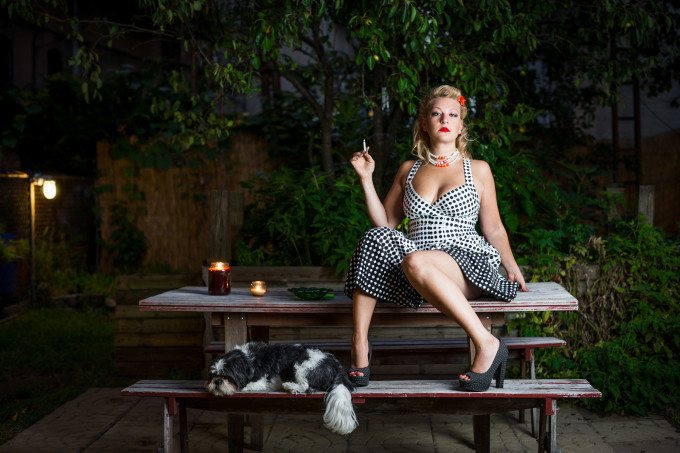 This image was shot with an Octabank. Done with a softbox. Done with an umbrella.

Oh and let me show you how a beauty dish can render photos:

Dishes are also modifiers that deliver a more edgy lighting look. They’re similar to Octabanks. Overall though, most photographers stick to Umbrellas and softboxes.