How To: Better Street Photography Using Your Phone Street photography with mobile phones has grown in popularity over the years. They’re always on you, they get a lot in focus, and they force the photographer to really be in the zone and in the moment. It’s very simple to capture moments on the streets that can really captivate someone, but it’s also pretty easy for photographers who use traditional cameras to think too differently about using their cameraphone.

Here’s how you can go about getting better street photography photos with your phone. While these aren’t mandatory, for better photos I can assure you that they do help. Having a different perspective on what’s going on can make you shoot in a different way and deliver photos that are much different from much of what’s online.

Some of my favorite accessories:

Then there are loads of cool apps you can use, we’ll cover those later.

Shoot From the Hip 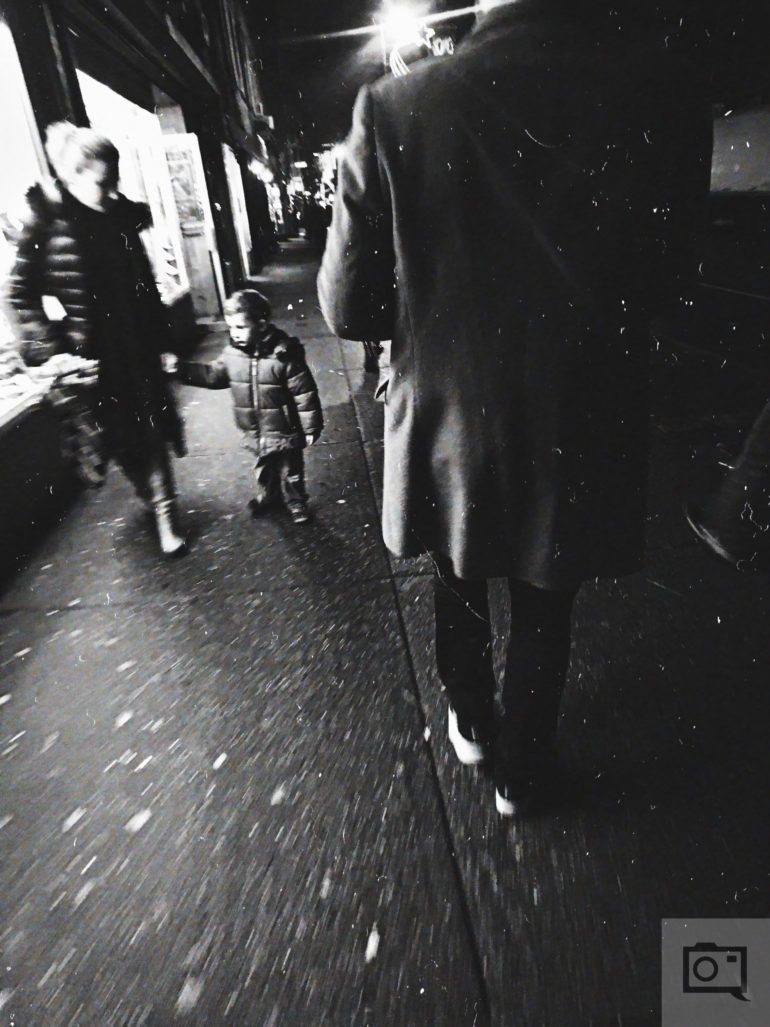 Lots of street photographers choose to shoot from the hip. While there are many schools of thought that say you shouldn’t do that, all that matters in the end is the photo. With that said though, you need to be very clear and well meaning with your intent. IE: don’t be a creep.

Asking someone for their photo beforehand breaks the candid nature of something and turns it more into portraiture than street photography in its purest sense. There’s nothing wrong with that at all, but this post is about street photography.

Sometimes shooting from the hip will yield you results that you find interesting and that you may not have gotten otherwise.

Use a Hard Button, Not Your TouchScreen to Release the Shutter “With an iPhone, the volume button on the headphones will release the camera shutter, so you can be listening to music, and keep the camera screen open, then press the volume button to take a photo at anytime which is much quicker than than using the button on the the actual phone .” says photographer  Gretchen Robinette; an NYC based photographer who did an entire series of street photographs using her iPhone.

Beyond this, know that when you use a dedicated volume button and hold the phone firmly, you’ll have less camera shake because your entire hand is around the phone. Otherwise, tapping the screen with a finger can make you lose stability.

Don’t Worry About Critical Focus as Much With a dedicated camera, you’re often putting a lot of energy into absolute critical focus due to a larger sensor. While I don’t preach carelessness, I am professing that it isn’t as important here. The sensor on a cameraphone is generally so small that your focus shouldn’t usually matter. So don’t spend a whole load of time ensuring that it’s perfect.

When you work with dedicated cameras, many photographers try to get the image as close to what they want it to be in the camera. With a mobile phone, the emphasis is much more on fixing it later on in post. It honestly makes a lot of sense with apps like RNI Films, MuseCam, VSCO, SnapSeed and a whole lot more. So instead of fumbling around with settings, just focus on shooting.

Then create your masterpiece later on.