Personally speaking, film camera reviews like those of the Mint Camera InstantFlex TL70 are the most fun for great reasons–there is no pixel peeping, no RAW file versatility, none of that stuff that people bitch and complain about in forums. Instead, it’s all about the moment and capturing or creating it. Then there are the lenses, the experience, and knowing that the photo you shoot is a one of a kind.

The Mint Camera InstantFlex TL70 2.0 camera’s biggest upgrade is its brighter viewfinder over the predecessor. This is a proper TLR (Twin Lens Reflex) camera with aperture priority control, exposure compensation, manual focusing, a flash, accessories, and an overall solid build quality. Most importantly for many of us, there are glass elements in the lens. Considering that Instax Mini basically covers a 645 area, this is important.

This can be a tough camera for many of us to learn; but at the same time you’re bound to have fun doing it. The TL70 2.0 is a camera with a lot of retro-design appeal that’s bound to get you, friends and onlookers very excited. At the front of the camera are the twin lenses: the top one is for focusing while the bottom is for exposure control and exposing the film to the scene. Under that is the aperture display an underneath that is a little wheel you rotate to change the setting.

Be careful not to try to turn it beyond its ends or else you can break the wheel.

That right red button on the front: that’s how you fire the camera. 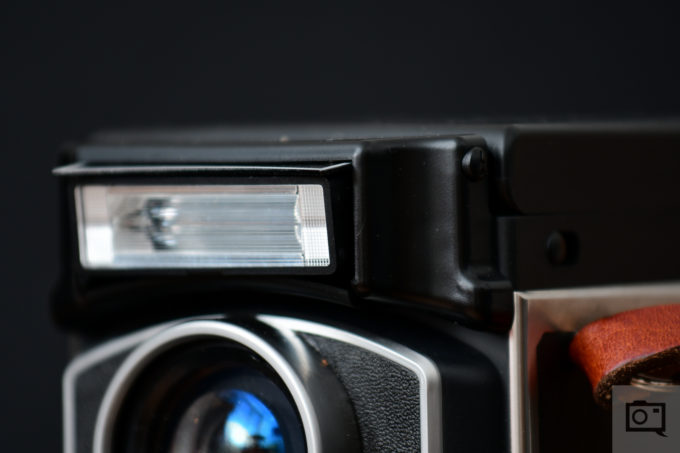 Notice where you saw the InstantFlex logo on the front you, you should know that there is a bit of a surprise under there. When you press a button on the side of this logo you make the flash pop up. Turn to the side of the camera and what you’ll find on the left are a few controls. Here you’ll see the exposure compensation button, and the focusing dial. The button in the bottom is the film print button. On the other side of the camera, you’ll spot the film counter. Very little else is there otherwise. What you’ve probably noticed already though are the strap lugs. They’re very Canon style vs being more Nikon, Sony, Fujifilm style. To actually use the camera, you’ll need to open the top-finder. This activates all electronics with the camera. If you choose to press the area on the front that labels “Mint” downward then you can use this window on the back for composition and framing. 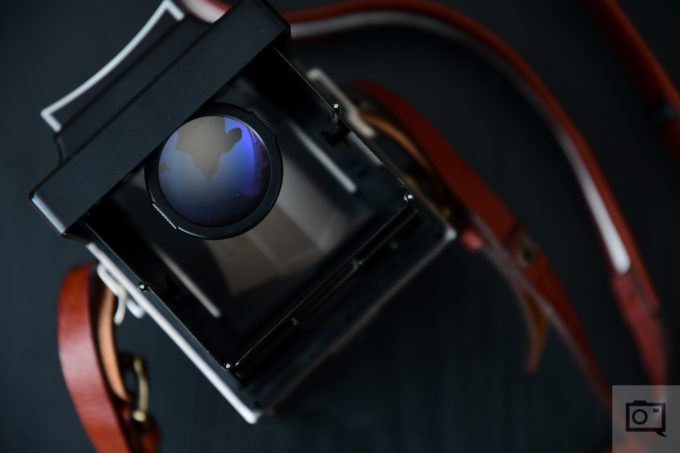 Otherwise, this is the more traditional TLR experience that you’re looking for. Flip the magnifier up and you’ll be in business.

For what it’s worth though, flipping the magnifier up is a bit tough to do. You really need to reach in and at times it feels almost as if you’re doing a prostate exam. The result is that you may get fingerprints on the glass–so carry a microfiber cloth with you and be careful. However, a part of me is spoiled due to working with the incredible finder on the Mamiya RB67 series of cameras. At least some sort of lever would be a nice addition. 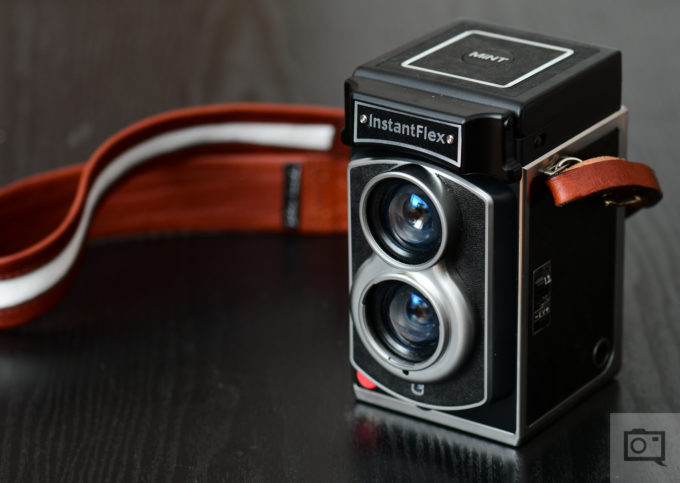 The camera is made of metal with a few parts here and there being comprised of plastic. The lens has glass elements with coatings accordingly. Everything about this camera feels solid: much more on part with something like a Canon 80D than a 7D Mk II though as it isn’t weather sealed. However, I took it out into a rainfall and walked for many blocks with it. It was fine even though there are electronics inside.

My only major qualm with the build quality has to do with the aperture dial. I honestly wish that operating it were smoother as I’m not always sure how much energy I should put into changing the setting lest I break the thing. To focus the camera, you’ll use the dial on the left that brings the image in and out of focus accordingly. It’s best done with very good lighting and with the magnifier as clean as possible. In almost every situation, I never found the focusing screen to be too dark to get fairly accurate focusing with each exposure. However, in low light, I needed to be super careful. This new screen is the biggest update to the camera. So how bright is it? The above photo is what the entire scene looks like with a flash going on against the window and on the table you see. This photo above shows us what you see at the same exposure when the flash isn’t on. It’s still pretty bright and overall very workable. Combine that with the magnifier and you’re all good. It’s not exactly easy to gauge the metering with this camera at all since it’s an aperture priority camera. However what I can tell you is that if you’re going to backlight your subject, make sure that the light isn’t in the frame or else it will greatly underexpose the scene.

In really low light, just give up and switch to bulb mode with a tripod. In very bright light, you’d be best served with the company’s selection of ND filters. Additionally, they have a close up lens filter–but I honestly never used it.

If you’re the type of person that loves manual metering then the best camera out there at the moment is the Diana F+. You change the aperture and it shoots at 1/80th of a second consistently–so you can at least predict what you’re going to get. Even with the exposure compensation here, I found metering to be tricky. In fact, I still find it to be so.

Probably the most complicated the about the camera is knowing how the metering is going to work. I prefer to use it outdoors during the day, at sunset, at dawn/dusk and that’s about it though using it with the flash at night can result in interesting exposures.

Something else to keep in mind: the ND filters can cause vignetting. Ensure that they’re on properly. So how’s the image quality? Honestly, in the best of situations it’s quite awesome. I don’t think that it’s capable of achieving the fullest sharpness that Fujifilm Instax film (or Polaroids, as some of you call them) can render, but it surely is still very capable of doing. The only camera that I think can do that is Steve Lloyd’s hack for a TLR.

Until we get really quality glass, I’m not sure very much will be able to touch that.

What you’ll really like about this lens is the bokeh that it can deliver. The images overall have a slightly soft look to them that a lot of people seem to love. If you’re spoiled by what negative film is capable of here, then you’ll never be satisfied. But if you’re willing to embrace the overall really fun and cool looks that this camera can offer, then it’s probably the closest thing to being “the one” for you right now on the market. This lens is very sharp at f5.6 (so to speak) and at the most wide open setting (which is a star) the image quality really softens. At f22 it starts to degrade and I try to keep the settings often between f5.6 and f16. The Mint Camera InstantFlex TL70 is a beautiful camera that can create beautiful images in the right situations. While it still doesn’t show us the fullest potential of what Instax film can do, it’s a major step in the right direction for those of us who know how to expose a scene.

As far as exposure control goes, I don’t think that the TL70 can beat the Diana F+–especially with a glass lens. The fixed shutter speed with the variable aperture makes a lot more sense to a person trying to get a specific look vs aperture priority and letting the camera do all the rest. To that end, if you like manual exposure, then go for the Diana F+.

But that statement doesn’t exactly do justice to the TL70. What’s so incredible about the TL70 is the feel, look and experience. When you get that photo perfectly exposed then you feel joy and relief. When you screw it up, then you get heartbreak. Those emotions are important to photography–especially in a world where you can simply just shoot, reshoot, and screw up all you want.

To that end, I really recommend this camera only for the most experienced of photographers.