Jolie Laide is a fairly new company hopping onto the premium leather camera strap bandwagon; but what they’re doing is bringing a couple of really new things to the scene. Their products, which have a higher emphasis (though not exclusively) on being designed for women, are on the more affordable side of the spectrum. Take for example the Jolie Laide Traveler–a strap made in Toronto and featuring a bright white line down the middle of it.

Their straps don’t scream “Look at me” but instead carry with them a serious sense of functionality while trying to walk the line between being both simplistic and elegant. The Jolie Laide Traveler is characterized by a couple of defining features. To start, there is that massive white micro suede layer in the middle and leather around that. There is no padding or shoulder pad, and instead your camera is just supported by the 2 inches of leather and micro suede on your shoulder.

Providing you’re not carrying around a tank of a camera, the strap is rather comfortable. To connect to the camera, you’ll use these buckles. They close securely and tightly; plus they’re super simple to attach.

Seriously, this is probably the fastest I’ve ever connected a camera to a strap. It could be because the strap is made from vegetable leather, but of any strap I’ve used, the Jolie Laide Traveler is the strap that’s the absolute softest to the touch. It’s even softer than the Tap and Dye Nero strap, but it’s also a different type of softness. These straps seem to have a thinner layer of wax than what any other camera manufacturer offers–and for that reason I’d probably question how weather sealed they are. But said thinner layer possibly contributes to the soft feel.

At the same time, this strap is comfortable when wearing a lightweight camera (mirrorless included) and connects simply and securely with no fuss. Overall though, it’s a very solidly made strap and while being comfortable is also very durable. During our tests, the strap felt so dainty and soft to the touch that I gave it a stress test by trying to rip it apart and twisting it. But the strap didn’t give; so it’s surely very well built. 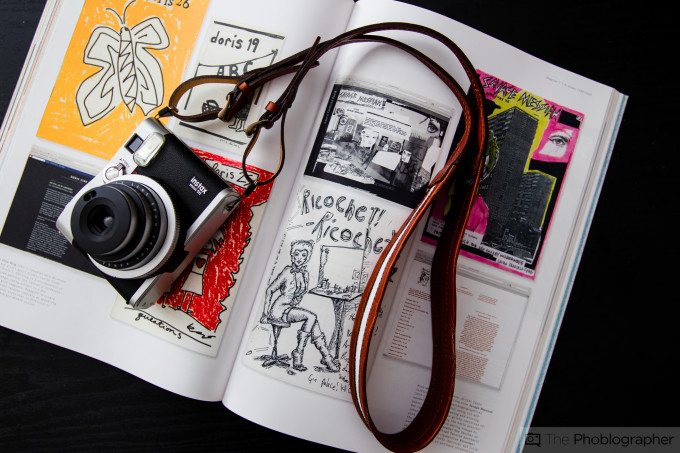 It’s a strap, so it does its job and it’s very simple to attach to your camera. Because of the softer leather, this strap also wraps around the wrist nicely if you don’t feel like toting it around on your shoulder.

What’s more, the strap allows clothing around your wrist and shoulder to breathe; so you can say goodbye to sweat stains–and that’s important to some of us!

The Jolie Laide Traveler camera strap is beautiful with its own sense of quiet elegance. At the same time, it’s very functional. Other strap makers could learn from their quick attachment method, but at the same time this strap could do with being a bit tougher; you know, for those of us with courser skin or that work our cameras very hard.

Don’t get me wrong, it feels nice when wrapped around the wrist, doesn’t scream out with pretentiousness and it gets the job done at a fairly affordable price point–but maybe I’m just way too used to rougher straps and I never truly knew what a soft strap could feel like and function like.

The Jolie Laide Traveler strap wins four out of five stars. We like it, and we’re positive that lots of readers will too. But at the same time, I yearn from the feel of what TAP and DYE and 4V Design are doing right now.