The Best Film Leica Cameras to Start Out With 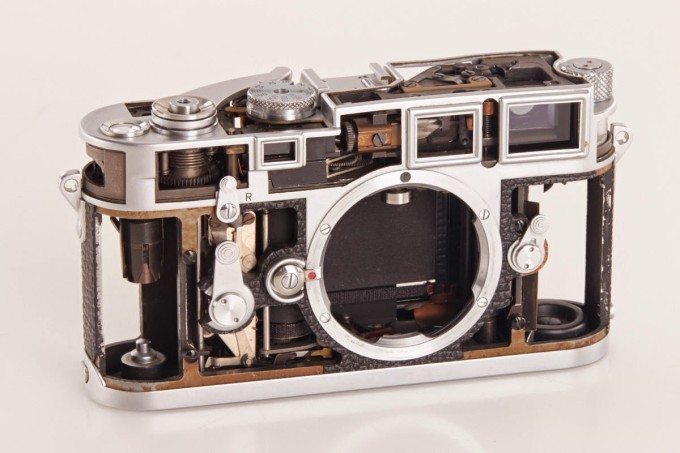 Many photographers that still shoot film adore Leica–and those photographers also want to go for the very best eventually. You’ve got lots of great options to start out with though, and there are loads of old rangefinder cameras that you can get, too. But some photographers only want a Leica–specifically a film Leica. These cameras by far have some of the best ergonomics and most simplistic features even today. The Leica M2 is one of two very bare bones Leica cameras on this list. While Leica first made screw mount cameras, this was one of the first that the company produced that had the M mount as we know it today. Like the M3 that is next on the list, it is an all mechanical camera with no electronics, and because of this, it’s fairly simple to fix.

The M2 has one clear advantage over the M3: framelines for 35mm lenses. These days, 35mm lenses are almost overtaking 50mm lenses in popularity.

The Leica M2’s viewfinder was the first to feature the 0.72x magnification ratio and the 35-50-90mm frameline, which many others offered with the flip of a switch later on.

The M2, like the M3, will teach you to learn how to meter manually without a light meter, and therefore learn to make better exposure decisions on the fly when combined with your own creativity. Weird fact: the M3 came before the Leica M2. Yes, that’s right–and it is by many considered to be the best camera to use with 50mm lenses (due to its high magnification viewfinder).

If you’re really dreaming of Leica ergonomics at a better price, look no further than with the Leica M3. It’s an all mechanical camera with no electronics–and that means no light meter built-in. You’ll need to either carry a handheld light meter or learn the Sunny 16 lighting system to figure out what your aperture and shutter speed should be.

Considering that it’s a film camera, you’re at a fixed ISO.

What we really love about this camera is how solid it feels even after so long–they were produced in the 50s and 60s in a much different time period. The mechanical advance lever is in a position that feels great when you place your thumb to rest on the back of the camera. While that can be said of any film Leica camera, it’s more so with this one due to the way it was designed. As the most affordable Leica camera on this list, it can be argued that the Leica CL isn’t a true Leica. It was made in collaboration with Minolta and accepted Leica M mount lenses. It’s significantly smaller than all of the film Leica cameras and as a result has a single weird feature–the shutter dial isn’t right on top of the camera, it’s on the front. This makes the operation a bit strange, but you can adapt to it.

The Leica CL was the most affordable Leica ILC camera ever made, and today it’s still pretty fairly priced.

If you’re lucky enough to get it with the beautiful 40mm f2 pancake lens that it was originally bundled with, then hold onto it for dear life. That lens is still considered one of the sharpest and best looking from the company.

The Leica CL has a meter built-in, but fixing it can be a headache and very expensive because of the fact that it’s pretty complicated. If yours isn’t working anymore, revert back to the old Sunny 16 methods.

If you want to try to do it yourself though, here’s a video. But be careful.

Image by the Japan Camera Hunter

The Leica M6 is another camera that many photographers swear by. It features great construction, has most of the shutter speeds you really want, and various frame lines to keep you happy once you build a collection of lenses. The M6 has a pretty simple to read light meter that tells you when you’re over or underexposed though not by how much the way that SLR cameras do.

The Leica M6 is very highly sought after for one very big reason: reliability. The M7, which succeeds it, needs a battery to function. But the M6 works completely mechanically with the exception of the light meter.

Though many photographers would say that this isn’t a first Leica camera, it is if you pledge to yourself that you’re never going to purchase another one.