Two years ago, Sony released the full frame E mount cameras along with a handful of lenses. On a personal note, with the way Sony treated most of their Alpha line in the past, I wasn’t expecting much. But wow, was I wrong. Not only has the Alpha A mount line received lots of refreshes with fast primes, but they’re reaching the E mount line now, too.

Sony’s 35mm f1.4 for full frame E mount cameras is currently in our hands for review. When we first took it out of the box, we were amazed by its size. More so than any prime lens that I’ve held for the system, this is a giant lens. In fact, it’s pretty much as large as a 35mm f1.4 lens for a full frame DSLR.

While the large size is a bit off putting, what isn’t so jarring is the image quality. The Sony Zeiss 35mm f1.4 lens is one that is pretty darn solid and standard with a touch of both the future and vintage. No, it isn’t steampunk, but it is cool in many ways. We start our tour at the front of the lens which has a massive 72mm filter thread on the front. The lens becomes something pretty big when it’s mounted to the camera. It is indeed large, but for what it’s worth it’s still quite balanced with the body. The lens is characterized by an aperture ring towards the back and a focusing ring towards the front. Keep turning the ring and you can set the lens to an A mode for automatic control or camera control. Without the lens hood, the Sony 35mm f1.4 becomes smaller, though still quite hulking for the cameras that it mounts to. It’s solid. The lens is said to be splash resistant, though that doesn’t mean that it may survive an extremely heavy rainfall. What you should be well aware of is the smooth aperture ring designed for video use. If you switch it to the A mode, then it will allow the camera to operate the aperture.

What we’re really amazed at is just how much larger it is than Sony’s 35mm f2.8. The f2.8 lens can fit into a pocket but the f1.4 version is quite a monster.

For the most part, all you’re doing is mounting it to a camera, focusing, shooting and enjoying what you’ve got. But since there is the inclusion of an aperture ring, you’ll want to consider this when holding the lens. If you’re not used to working with them, sliding your fingers could accidentally turn it if you’re amongst the more clumsy sort. Otherwise, it’s a good idea to hold the lens by the focusing ring area.

When mounted on the Sony A7, we found the 35mm f1.4 to be not as fast to focus as the f2.8 version, but still not really too terrible to hold us back. We wouldn’t use it for street photography unless it was in manual mode and we used the zone focusing system but for most daily shooting tasks it’s probably good enough.

And by all means, this lens is still no slouch even in low light performance. It’s still ahead of Fujifilm and just about on par with Samsung, but it isn’t beating anything that Olympus has. f1.4, tried to focus on her eye as well as I could. Model: Asta Paredes

At the time of writing this post, we’ve spent around three hours with the lens and have been able to shoot a couple of images with it and using an off camera monolight to get even sharper images. Here’s what we’ve got. 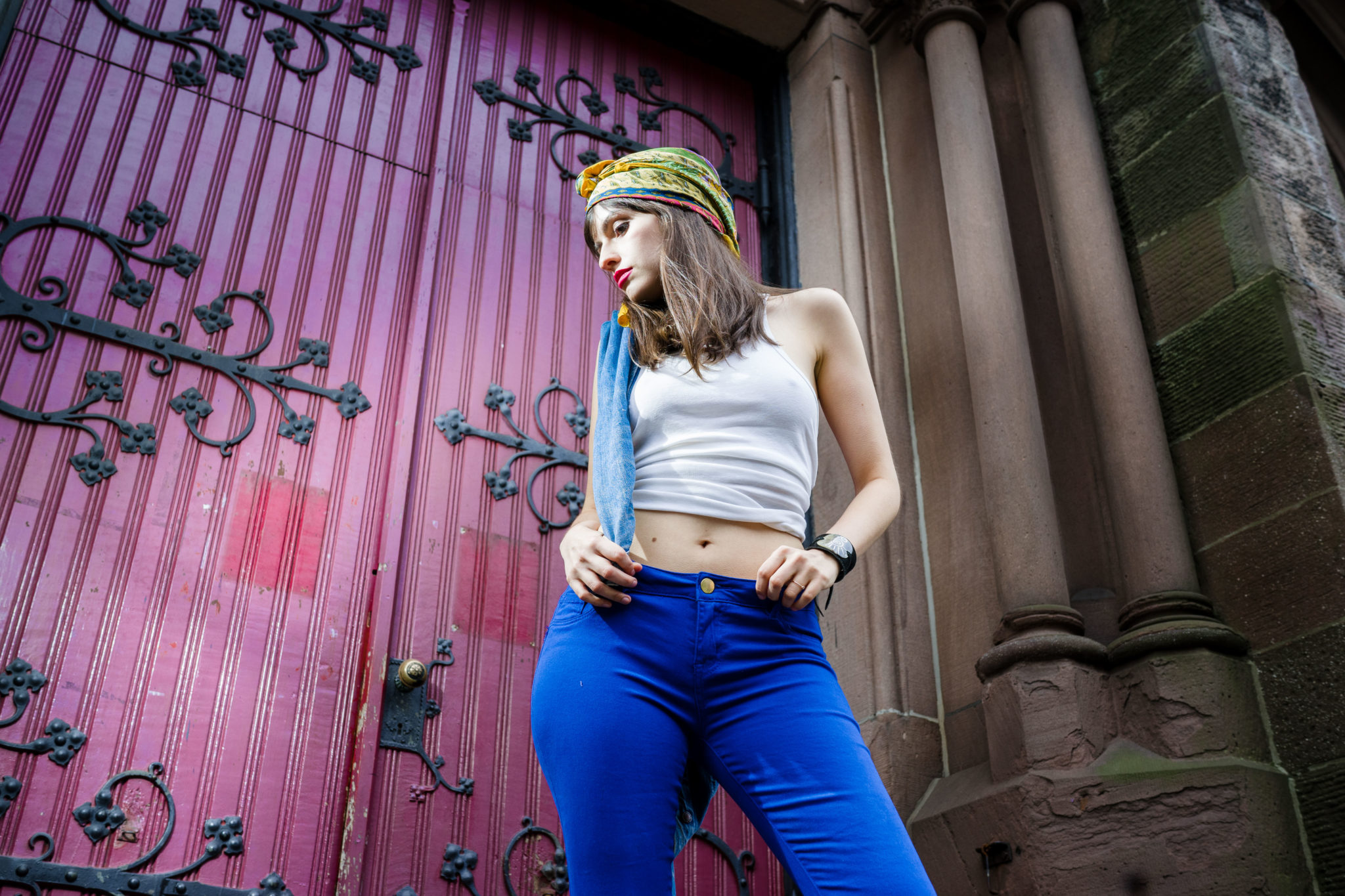 So far, we’re liking the Sony 35mm f1.4 lens. It’s got great colors, fair autofocusing performance (but good for its size) and a solid build quality. However, it’s very expensive. Part of this reason could be because of the integrated aperture ring.

We’re already deep into our review, so stay tuned for more.