Four Items to Give You Better Macro Images We’re going to do you some justice: we’re not going to give you a list of lenses that will give you better macro images; that’s far too simple. The truth is that when combined with modern cameras, most any lens can do an incredible job. Instead, we’re going to tell you how to make your images even better without spending the equivalent of another lens.

The key to better macro images and better photos overall has to do with one thing: light. Yes, you can use natural light but it won’t always give you what you need to create an image that simply pops off the screen and grabs your viewers. Instead, you need to be in control of your light. What it does: The Lumopro LP-180 is a hot shoe flash with the power of a cheap monolight. It is manually controlled and so it will give you exactly what you tell it to and therefore just the right amount of light that you want. It’s well built (we’ve shot with it in the snow), reliable, powerful, and really affordable. What more could you want from a flash?

Feel free to use this flash in the hot shoe of off-camera. 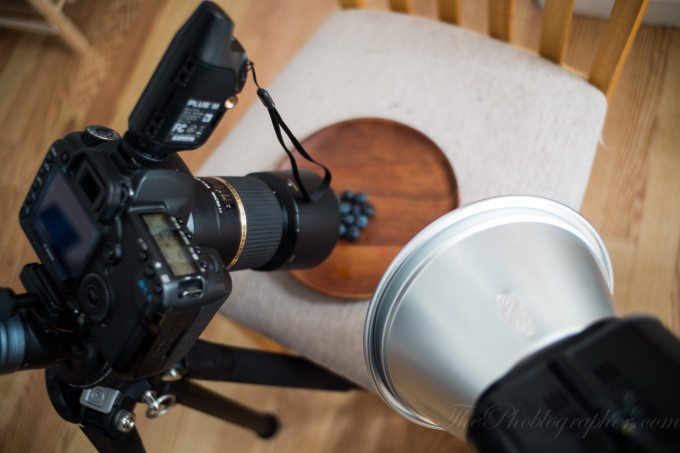 Pro Tip: Stopping the lens down a whole is going to require more power from the flash and even a higher ISO setting. What it does: The Large Rogue Flashbender takes existing flash output and bounces it forward, or backward, or up, or pretty much any direction you can think of. It’s the ultimate flash modifier in many ways. But for the purposes of macro lighting, you’re going to want it to be completely straight and flat.

For starters, mount it onto the Lumopro flash with the flash in the hot shoe. Then position the flash head straight up, hover over the subject, and let the flash output hit the bender and bounce it onto the subject. It will be bathed in soft light. What it does: The Magmod Magbounce does essentially what the Rogue Flashbender does, but only sends the light forward. It has a unique design though that lets some of the light escape and therefore not overpower the subject. However, it doesn’t waste a lot of light as it’s relatively small size focuses the light onto the subject. Think of it as water coming out of a faucet. Pro Tip: When you place the diffused flash above the subject like we explain, it takes on nearly the same effect that a softbox would while working with the ambient light. What it does: From the start, we’re going to say these aren’t really needed, but instead you can use them if you want the flash to be off the camera. If that’s what you’re going for, then hold the camera with one hand and hold the flash with the other or get a light stand. But generally, you won’t need these.

Still though, the Impact Powersync triggers are some of the best built triggers that we’ve tested.