Point and shoot cameras with a large sensor have a very big advantage over interchangeable lens cameras: they usually have a leaf shutter. Many years ago, medium format photographers would reach for cameras with leaf shutters because of their high sync speed with flashes. And many large sensor point and shoots have a lens permanently fixed to them. These lenses have leaf shutters–which means that the shutter is in the lens unit itself. So if the point and shoot has a hot shoe, then it can work with flashes off camera.

That’s exactly what we decided to do with the new Fujifilm X30. With its 12MP 1/2 inch sensor, an f2 to f2.8 zoom range and the ability to go down to ISO 100, we were very curious to see what a point and shoot like this one could deliver. 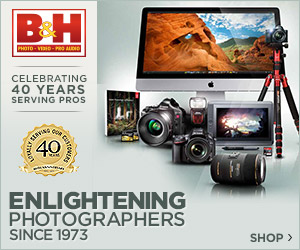 We paired the Fujifilm X30 with PocketWizard Plus III transceivers and the Adorama Flashpoint Streaklight 180WS. ISO 100, 1/400th f2.8. The sunlight provided a very nice hair light on the model while the flash illuminated the front Model: Natalie Margiotta

So why would you want to do high speed sync to begin with? The reason why is because you can put out what is essentially HDR image in the camera without any sort of processing and without crazy halos or a terrible look. The point is that you need to have a high shutter speed. To refresh your memory again on the basics of lighting when working with flashes:

– Apertures control how much of the flash hits the sensor

So by exposing for the highlights (a bright sky) you can then use your flash to illuminate the shadows. That’s the big point of high speed sync. Most photographers use it for portraiture but we’ve also seen it done with extreme sports.

If you were to do this with a standard DSLR or mirrorless camera, at a certain shutter speed you would get an image where part of it would be completely blacked out. The reason for this is because those cameras use a focal plane shutter. Essentially what is happening is the camera is capturing part of the shutter closing in the image. Because of this, the fastest shutter speed that you can usually shoot at is anywhere from 1/160th to 1/320th.

This isn’t the case with a leaf shutter. So basically, you can shoot to your heart’s content and cut out as much ambient lighting in the image as you want. In the image to the left, you can see the shadow of Natalie’s skirt on her arm. The reason for this is because the flash was positioned camera left which gave off the shadow in that particular direction. At the same time, the sun was right behind her to give her hair a nice radiant glow.

In order to get the details of the background and the park that we shot in, I needed a very high shutter speed. ISO 100 and 1/400th of a second let me blend the background in with the model appropriately. It’s very tough to get this look otherwise.

Because of the leaf shutter, this isn’t much of a problem. The focusing on point and shoot cameras isn’t always known to be the fastest or the best. But considering the fact that the X30 has a fairly small sensor (though large for a point and shoot camera) it’s nice to know that even at an aperture of f2.8 that we can get quite a bit of the scene in focus. When using a point and shoot like this, you tend to lose a lot of the blurry background that you all love with a camera that has a larger sensor.

With this in mind, you don’t usually need a lot of light from your flash. Let’s take a Micro Four Thirds sensor for example. F2.8 has the equivalent depth of field of f5.6 on a full frame camera. So if you wanted that much of an area in focus, you would dial your flash into an exposure that will work with f2.8. It’s very fun to do. Doing high speed sync requires you to do a bit of extra setup. First you need to get your model in relatively the right area that you want to shoot in. After this, you position your light and set it up. Then you need to use a handheld light meter to figure the exposure parameters out. To figure out your flash reading, you’ll first set your light meter to a non-corded light reading. Then the best thing to do is to set your light meter to your fastest shutter speed, and then take a reading by firing the flash and having the meter right by your subject and facing the light. This way, the light meter doesn’t see any of the ambient lighting. If the reading is telling you to shoot at f5.6 but you want to shoot at f2.8, then you need to lower the flash power output by two stops and then remeter your subject. What you’ll do next is a bit complicated. You’ll need to switch your light meter to an ambient light meter reading. Go ahead and set the meter to the fastest shutter speed. After this, see what the aperture value is that it gives you. If that isn’t what you want, cycle through the readings until it gives you the aperture that you want to shoot at. The meter should ideally tell you what shutter speed you’ll need to shoot at to get a balanced image. That reading will be the minimum shutter speed you should shoot at in order to get the look of a high speed sync photo. The only major problem that we had during this shoot is that the front button on the camera is easily hit and then changes up which dial controls shutter speed and aperture. It can get really annoying, so you need to be careful not to hit it.

Overall, it’s really remarkable that you can achieve those higher end looks with a point and shoot. Granted, you would get much more bokeh rich results with a larger sensor camera like the X100T or a Ricoh GR–just as long as the camera has a fixed (attached) lens then you won’t have an issue.