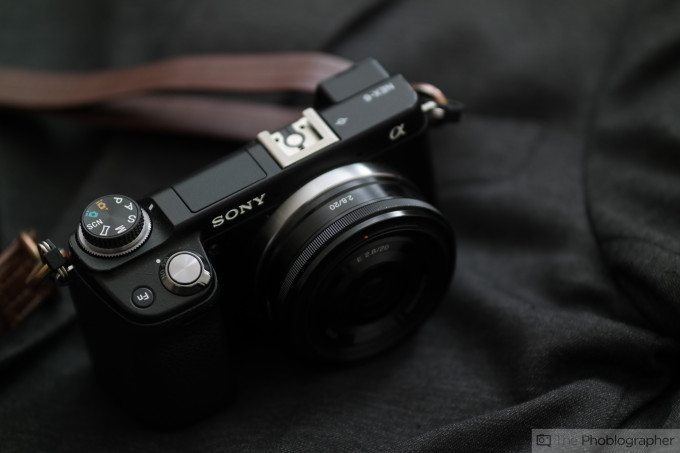 Who doesn’t like pancake lenses? They’re small, perform well, and often are stuck to our cameras because of their portability. So when Sony created the 20mm f2.8, we just had to get it onto a camera for a try. Pancake lenses often trade performance for size, and the 20mm f2.8 isn’t an exception. It ranks on the bottom of the company’s prime offerings, but also is still better than their zoom lenses when it comes to image quality.

But that’s not why you’ll want to keep it on your camera. – Pretty darned good sharpness for a pancake, but could be better

– A bit more pricey than I’d like it to be Sony’s 20mm f2.8 is a very plain Jane and perhaps the company’s most minimalist offering. We start at the front of the lens where the front element doesn’t move a bit–so the lens stays the same size no matter what and can always remain on, as it’s pocketable with the right camera. There are no controls on the lens. Want to manually focus? You’ll need to set that from Sony’s menus. Otherwise, it makes total sense and will place an emphasis on purely just shooting. This is a small and fairly sturdy lens, but the body feels a bit too plasticky for our liking. However, it’s all a single piece essentially with no external moving elements, so I’m never afraid that anything will break off at a certain point. You might want to keep it out of the reach of kids.

With the right camera, this lens makes a Sony E mount camera super pocketable. In fact, the combo can fit into a sports coat jacket or a winter jacket with ease if you don’t feel like wearing a strap.

We found the focusing with this lens to be amongst the quickest of the APS-C E mount lenses when mounted onto the NEX 6. It almost never missed its target except at very close distances.

Just like many of Sony’s other lenses, you simply point it at a subject, focus and shoot. With a very tiny manual focusing ring that feels like an aperture control more than anything, this lens is primarily intended to be used for autofocusing anyway. Advanced and entry users alike will have no trouble using the lens. 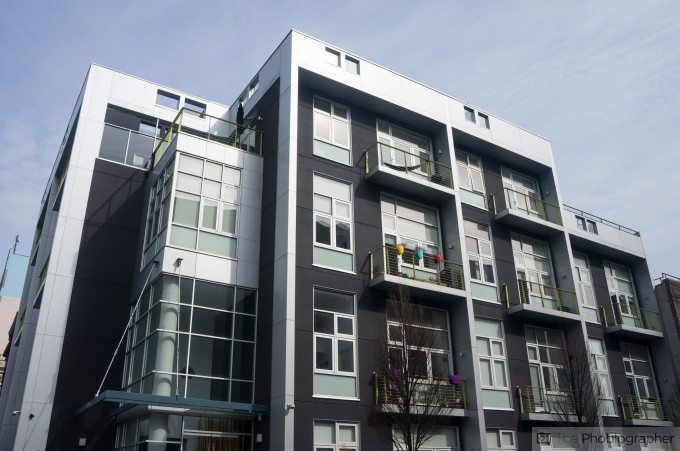 We’ve tested loads of Sony lenses, and although this isn’t the sharpest one that they make by a long shot, it’s still better than most of the company’s zooms. Of the APS-C E mount prime lenses, this lens is perhaps the softest and fast behind many of the f1.8 offerings. But this lens isn’t really about the numbers–or at least we think it isn’t. It’s more about an experience. It turns your Sony E mount camera into something that you can tote around nearly anywhere with you and it will give you good enough images to make you in awe of. The bokeh is something that we’d describe as hazy more than creamy–but make no mistake that it’s still quite beautiful to look at. If you’re a bokeh fiend, you’ll probably scoff your nose at this lens. In that case, you’d probably be better off with the company’s 24mm f1.8–which is one of our favorite lenses.

Granted, because of the way that depth of field works and the natural focal length it will be tough to get any bokeh. Perhaps the strongest quality about this lens is its color rendition. The 20mm f2.8 is super punchy when it comes to colors. That means if you’re shooting wildlife or random street scenes, you’ll be in for a treat. In fact, it kind of reminds us a bit of Fujifilm Velvia, but not quite. Color fringing with this lens is very much under control–so for the most part you won’t need to worry about it. Even when we cranked up the contrast in our images, we didn’t see a whole ton of it that needed to be eliminated with saturation sliders or brushes.

If you’re the type to mope about this in forums, then you’ll be happy; but we suggest that you find something else to mope about. The 20mm f2.8 isn’t the sharpest prime from Sony, but it is still better than the company’s zoom offerings. For a pancake, it does an excellent job when it comes to sharpness. Still though, we think that with good lighting it does its best job. The 20mm f2.8 lens is a beautiful lens in that it will beg to stay on your camera with its small size and excellent color rendition. But if you’re looking for pure sharpness, you should look elsewhere. We have to say though that the 20mm f2.8 makes shooting fun again and almost like using a point and shoot with lots of power. Though we recommend it, we believe that people that aren’t all about performance numbers are the ones that will enjoy it the most.

You can check Adorama for pricing on the 20mm f2.8 or go for a bundle with the NEX 6.

– Sony NEX 5T– The company’s mid-level 5 series camera is a perfect companion for the person that wants to toss their camera into a bag for the weekend and take photos to their heart’s content.

– Sony A6000– Sony’s flagship E mount APS-C offering is great for this lens because of the fact that when coupled, they turn into a street photography shooting machine. Small, quiet, and fast–it’ll become addicting very quickly.