Sony just announced a new XPERIA smartphone labeled the ‘ZR’, which is the latest in a series of dust- and waterproof Android smartphones from the Japanese electronics giant. Following the original Acro and Acro S mid-range models, late 2012’s XPERIA V and their current flagship phone, the 5-inch XPERIA Z, the new ZR ups the ante by pushing the waterproofing to an IP58 certification, meaning it will be able to stay submerged even longer and deeper than its predecessors. Sony claims the ZR to have the “highest level of water-resistance for filming in Full HD underwater“.

Specs are after the jump.

Via PetaPixel and XPERIA Blog If the sensor is the same they built into the XPERIA V (which I own), don’t expect overwhelming results from it. It’s okay-ish for a camera-phone, but it won’t knock your socks off. The built-in HDR mode however is more than just a gimmick–it significantly expands the camera’s dynamic range for both stills and video, and makes for a pretty awesome package together with the dust- and water-proofing. Another welcome feature is the actual physical camera button, which was lacking on Sony’s previous waterproof smartphones.

The XPERIA ZR will come in a choice of black, white, turquoise and pink colors and will be launched in June. There is no word yet on pricing, but it should be somewhere between the similarly-styled and similarly-sized XPERIA SP and the Sony’s current flagship-phone, the XPERIA Z. 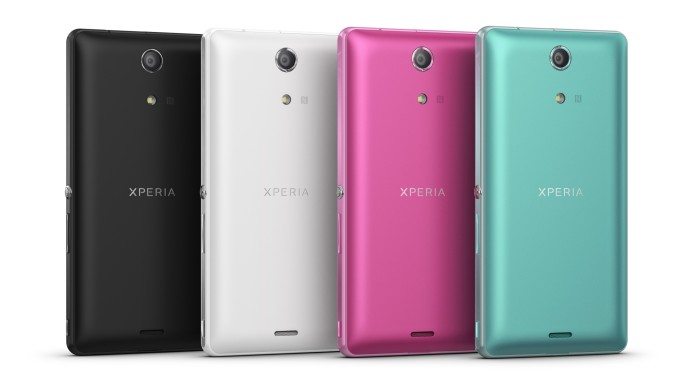