In this posting written a while back, I’m constantly asked about my opinions on lenses like an 18-135mm

and others. And in general, I give the same response: I hate them. Before writing this posting, I envisioned marketing reps, PR reps and others saying something like, “No Chris, don’t write it because we sell thousands and thousands of them!” While this is true, it is because most consumers don’t have any idea of what they’re purchasing and are instead blinded by the marketing. Here is an attempt to clear through the fog.

When people, who aren’t fully knowledgeable about photography, read about a new lens like a 55-250mm F/4.0-5.6

, they say to themselves, “Oh wow, that’s a great zoom range! I’ll be able to spy on my neighbors with that and then shoot birds from far away and when I go to see my favorite band in concert there will be no stopping me!” Or something like that.

Wrong! Well, sort of. I fell into the same trap when I was a young intern at PCMag.com. You’re only paying attention to the zoom range and you’re totally overlooking the F-stop value! 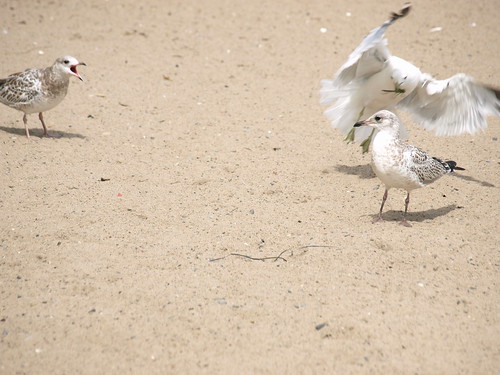 Photographing birds in flight? Good luck; shoot in Auto mode and your camera will just be cranking up the ISO settings for you to find something that many of you often complain about: noise. What does this have to do with apertures? When you’re zooming in all the way, you’re at a very small maximum aperture setting that still doesn’t usually make capturing birds in flight very easy to do. In contrast, if you had a more expensive zoom lens then you would either have a constant aperture throughout the zoom range or if you had a variable aperture the glass quality inside the lens would be of much higher manufacturing standards.

Because these lenses are also cheaply constructed, less care goes into them and so the apertures may not even be what the camera is telling you it is. In fact, it will be just an approximation but even less of one than with a higher end zoom lens.

Let me explain: There is a difference between F-stops and T-stops. T-stops are used in the movie industry on cinema lenses. When lenses are created with the intention of them having F-stops, there is an approximation of just how closed down the aperture values are. That means that F/4 can be something instead like F/4.3.

T-stops were standardized partially out of the fact that the movie industry and studios essentially said, “Enough of that nonsense, we need exact values all the time!” Because of this, much more effort goes into getting F/2 to actually display an image that is F/2. Hence, it is actually T/2 and they are much more expensive.

So while you think that those super expensive lenses with the constant apertures are expensive, remember that even those won’t have the exact values that T-stops provide for the user.

So why does this matter to you? Combine: 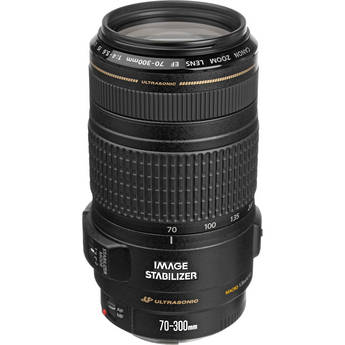 What are the differences?

– The L lens has two UD elements, the other version has one

– The L lens has a protective fluorine lens coating

– The L lens is dust and weather resistant

– The L lens has four stops of IS and the non-L has three stops. Believe it or not, when you’re photographing birds and objects far away this can actually make a huge difference for most amateurs.

– The quality of the L lens will be vastly sharper than the non-L.

Aperture- This is also known as an F stop. It controls how much of your image is in focus or not (IE what is clearly and sharply seen and what is blurred out.) It also controls how much light comes into the lens of your camera and hits the sensor (the equivalent of film.)

f1.4 = Enables high shutter speeds, not much is in focus.

f11 = Needs slower shutter speeds, much more is in focus.

f22 = Needs the slowest of shutter speeds. Everything you point your lens at should be in focus. Best used with a flash unless there is tons of available bright light.

On your camera this is also known as AV mode.

Lenses without constant apertures are also one of the reasons why I prefer primes as opposed to zooms in the budget range. You’re best off purchasing a lens with a constant aperture rating or that was designed with better elements for better sharpness.

Beyond this, try photographing in a dark concert venue and capturing a sharp photo. Your small apertures most likely won’t be able to help you very much because in order to capture fast motion, you’ll need to shoot at a faster shutter speed. You can crank up your ISO settings, but you’ll get grainier images and since your aperture values change throughout the zoom range you’ll need to constantly change your shutter speed or ISO settings to compensate for the light loss or gain from the variable F-stops. 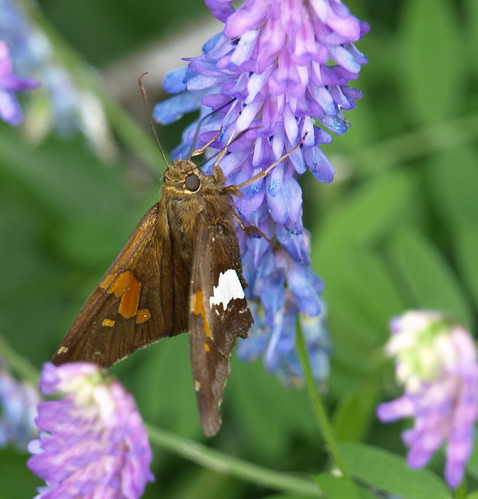 Many of these kit lenses aren’t sharp enough for professional use. In fact, they will be quite soft at times. The above photo was shot with my old Olympus E-510 with a 40-140mm lens. While it is a gorgeous shot, it could have been significantly sharper if I only knew what I know about lenses now. During the E-5 review, I used the 12-60mm F/2.8-F/4 lens. That lens is pretty darn sharp. This is partially because of the elements put into the lens.

What makes a lens sharp? Well, this is up to debate but I believe that it is the lens’s resolution and acutance.

The resolution is determined by your sensor’s ability to distinguish fineness of detail among closely placed elements in an image, like hair or the texture of fabric. Other factors in resolution are the obvious number (and quality) of pixels on the sensor, the algorithms your camera uses and many other very technical factors contribute to a camera’s resolution. This is why the processors in your camera are important and how something like the new engine in the Olympus E-5 can deliver finer details than it’s predecessor.

Now, acutance has to do with edge sharpness. It depends on the quality of your  lens and your sharpening methods in post-production. When we use software to sharpen a digital image, the software looks for tonal transition areas where it increases contrast.

Additionally, the higher end lenses with a constant aperture tend to deliver results with better resolution: which in turn means more detail is actually resolved from the sensor. This is partially a reason why primes are preferred by many photographers.

In essence, this is also what people are talking about when they say something along the lines of a lens out-resolving a sensor or vice-versa.

You Purchase a DSLR To Get Better Images While I will admit that point and shoots cannot compare to cameras with larger sensors such as DSLRs, the reason why you purchase a DSLR in the first place is because you want better and sometimes professional quality images. Purchasing a DSLR, however, isn’t the cure-all to your photographic woes. If you genuinely want to up the quality of your images, a solid knowledge of lenses outside of the standard kit lenses is essential.

Now here’s something to keep in mind: your lighting is very important! Good light from the well-reviewed Orbis gave me the shot above when combined with very good glass. You really can’t get detail and colors like that from lower end lenses. The elements in the more expensive lenses are designed to render better colors in your images. Additionally, some of these lenses are designed to deliver micro-contrast, which makes your subjects pop a bit more.

Said lenses are also quite a bit more expensive and have faster apertures. The faster apertures allow you to have more flash output and therefore also keep your ISO levels down lower: which delivers clearer and crisper images. Even if you use something like a cheap 50mm F/1.8, on a DSLR, you’ll be able to achieve better results than most of the zoom lenses out there. I tested this when I used the Ray Flash (but those results weren’t shown.) Further, I used the 50mm F/1.8 on Will’s Canon XTi and the Ray Flash and was still able to deliver very good images.

An XTi? Isn’t that a really old camera?! Yes! And it is ultimately the photographer that creates the images. You need to work at getting those images by paying attention to light and your settings. The faster and sometimes more expensive lenses allow you to have more versatility in your results.