Cheap Photo: Amazon Deals for Photographers You Need to See! 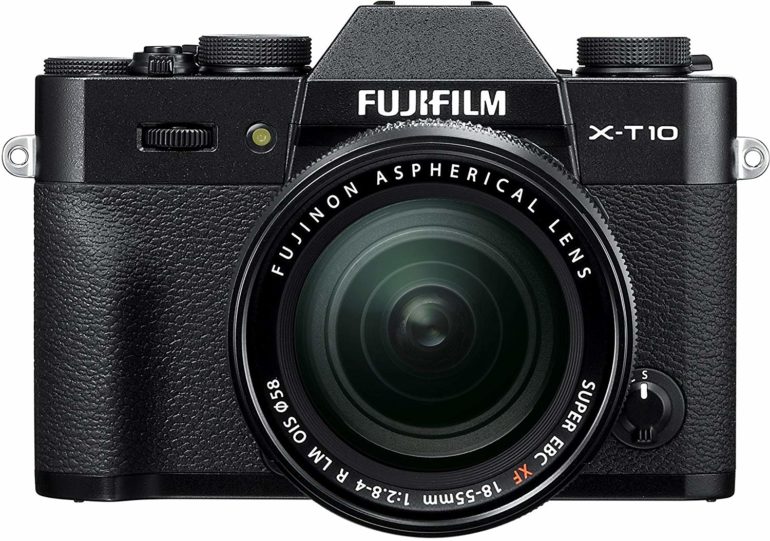 If you’re looking for some amazing deals on photography gear then check out this roundup curated from Amazon.

Amazon is the world’s largest shopping mall. Sometimes, trying to find a good deal on photography gear can suck up hours of time when you should be out shooting. In this roundup, I scour the deals on Amazon and curate what stands out. Photography deals can be limited in quantity, refurbs, open boxed or otherwise. Click the Amazon links to read details on these photo deals.

END_OF_DOCUMENT_TOKEN_TO_BE_REPLACED

Why the Rumored Fujifilm X-T100 Is Sorely Needed

Fujifilm has a long history of producing great cameras within their X-Series, but one segment of the market that has always been a bit of a dud for Fujifilm has been their budget-oriented cameras. The X-A series has always been very basic and cheap in comparison to the mid-level X-Series cameras like the X-T10 and [amazon_textlink asin=’B01NCVNDPO’ text=’X-T20′ template=’ProductLink’ store=’thephobl-20′ marketplace=’US’ link_id=’6f7645fb-57b1-11e8-b6ec-f7b963a3e069′]. But it seems maybe Fujifilm is finally adjusting their strategy, with reports indicating that an “X-T100” could be coming as soon as next week.
END_OF_DOCUMENT_TOKEN_TO_BE_REPLACED

Sony really wants you to join their ranks, and to give you a little added incentive they are running their ever popular trade in program where you can get up to $450 credit towards your new Sony gear when you trade in your old gear. The catch about doing this online is that you have to buy your gear before you send in your trade in, so there is some overlap, so we recommend going into a participating retail location to take advantage. But for those interested in taking advantage of this online, here are some current Sony prices on new gear you may be interested in…

END_OF_DOCUMENT_TOKEN_TO_BE_REPLACED There is no denying that Sony is really hitting their stride right now in the mirrorless market, with their A7 series (still?!) being the only full frame player and the A6xxx series still one of the better options in the cropped markets. So naturally, many of you are looking into picking up a Sony kit either to try out or maybe as a full on switch. Which makes deals like the new Sony rebates that are live today even better…

If you have been thinking about possibly picking up an A6000 series camera, now is could be a great time to think about pulling that trigger. Don’t forget about the other savings currently going on as well!

END_OF_DOCUMENT_TOKEN_TO_BE_REPLACED So in a day with filled with major announcements regarding the GFX and X100 series cameras, Fujifilm has also dropped their latest X-T line camera and more details about the previously named 50mm F2. Indeed, we’re getting the Fujifilm X-T20 and the Fujifilm 50mm f2 lens. END_OF_DOCUMENT_TOKEN_TO_BE_REPLACED Editor’s Note: Fujifilm USA tells us that the Fujifilm X70 is not discontinued here.

Sony, beyond their own camera production, is a key piece to the puzzle for many of the top camera brands in the world. It has been reported recently that Sony has stopped production of their 16MP APS-C imaging sensors, moving on to more in-demand resolution sensors. This, according to the report, has caught some camera makers by surprise and could affect the availability of products using those sensors going forward. END_OF_DOCUMENT_TOKEN_TO_BE_REPLACED

Are These Two Fujifilm Registrations The X100F and X-T20? We are seeing reports now of a couple Fujifilm camera registrations with the Chinese Ministry of Industry and Information Technology which are thought to possibly be the X100F and X-T20. 2017 will be a big year for the downline Fujifilm users now that the flagship models have been updated to the next generation, this has led to the reports of cameras like the X100F and X-T20 coming soon. END_OF_DOCUMENT_TOKEN_TO_BE_REPLACED

Which Fujifilm X Series Camera Is The Right One For You? The Easy Answers Fujifilm is another mirrorless brand that has received a lot of attention from the photography community in recent years, with their X Series bodies and unique X-Trans sensor technology not only setting them apart from DSLRs in terms of their size, weight, and appearance, but also from other mirrorless brands in terms of their unique color rendition and image quality.

But with Fujifilm now into their second generation (or third, depending on who you ask) with the release of the X-Pro 2 and the X-T2, there are many options for photographers looking to get into the Fujifilm X-Series. Today we break it down for you and rank each camera based on your intended use for it. Obviously it is not this simple for everyone, but these breakdowns and rankings should at least give you a good starting point in terms of what cameras to research further depending on where you feel you fall in our ‘use case’ spectrum.

Also be sure to check out our feature on pretty much every lens for the Fujifilm X series system.

END_OF_DOCUMENT_TOKEN_TO_BE_REPLACED Years ago, Fujifilm released the X-E2. This year, they announced and released the X-E2s–which is essentially just a couple of changes and updates that have been incorporated into previous cameras. It hosts a 16MP APS-C sensor, autofocus performance boosts from its predecessor, and the new menu style that Fujifilm embraces.

But in many ways, this is a camera that should have come out a while ago.

END_OF_DOCUMENT_TOKEN_TO_BE_REPLACED

Reports Detail a Fujifilm X-T10 Camera on the Way It was only a matter of time until Fujifilm tried to play off of the success that the X-T1 gave them. At least that’s what’s to be believed if Mirrorless Rumors is indeed correct. From what it looks like, the camera is in a similar SLR style camera body but stripped down for the more entry level crowd. For starters, Fujifilm has removed the ISO dial on top and replaced it with a mode dial. But otherwise, lots of the X-T1’s features seem to be present. Also note that it is stated to come kitted with an XC lens–which Fujifilm states aren’t as high end as their other X series lenses. The full run down of specs is after the jump.

So does this have any validity? It makes a lot of sense with Fujifilm consistently feeling out their market. We’re bound to see an upgrade to the X Pro 1, X100T, and XE-2 this year. But then consider their other cameras like the XA-1 and the X30–does this seem familiar to you?

Years ago, Sony released a whole load of cameras to feel out the market and effectively build their fleet. With years in, they’re pretty much got it settled  but may experiment more. Fujifilm’s strategy is more akin to what Olympus does though–loads of cameras with the same sensor and where the big differences are essentially just the feature set and camera body design. In terms of a profit standpoint, it seems to work; and Fujifilm may release the Fujifilm X-T10 and maybe even a 100 series underneath it that is even more stripped down.