The Importance of Finding Your Photo Family and Genuine Relationships 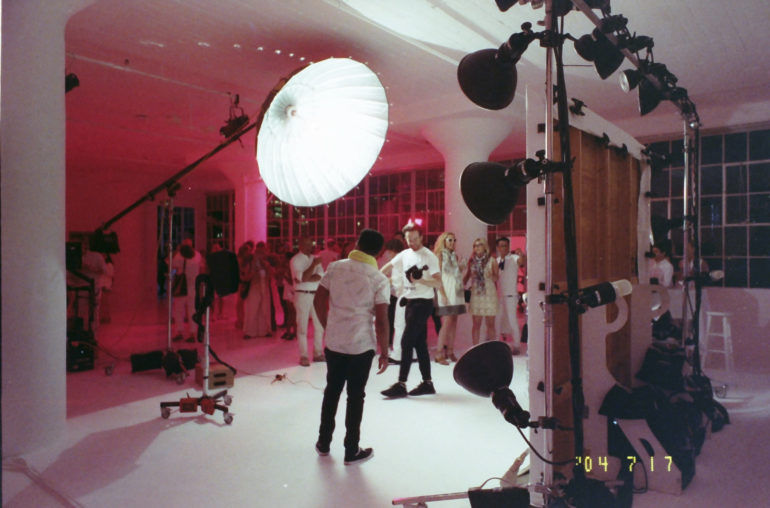 “When I say I found my photo family, I’m not trying to be cheesy or overzealous.”

I think the way each of us finds our way into photography is as special and unique as the background from which we each come. It’s a bit of our individual combinations of personality traits or the work we make behind the lens. Ultimately, we each reached a point where we realized there was nothing else we wanted to do with our lives. And somewhere along the way of that passionate pursuit, you hit a bump in the road and didn’t know where to turn, or perhaps you find yourself in that space right now.

END_OF_DOCUMENT_TOKEN_TO_BE_REPLACED

Why the CASE Act Is So Incredibly Important for Every Photographer If you’re reading this, at one point or another you felt compelled to pick up a camera, pursue and develop the craft, or appreciate the immense talents of other image-makers.

You found the satisfaction in documentation, capturing a moment, preserving a memory, literally stopping time. You discovered the power of the universe in your hands in that instant, and it inspired and ignited you the way only art and creation can. You felt the creative connection that I hope all of us get to experience as often and fully as possible, that artistic expression of self.

END_OF_DOCUMENT_TOKEN_TO_BE_REPLACED

Concert Photography: Legalities and Licensing Of Your Photos (Premium)

All images in this post are used with Creative Commons Permission.

END_OF_DOCUMENT_TOKEN_TO_BE_REPLACED

What You Should Remember For Your First Paid Photo Gig Congratulations! You’ve got your first paid photo gig. This also means that you’re on your way to the dream of shooting full time and getting lots more work. But you’ll need to play your cards rights. Now what? You’re lost, right? You’re nervous, right? Well, you should be.

Just kidding. This will be a breeze if you keep in mind these simple reminders.

END_OF_DOCUMENT_TOKEN_TO_BE_REPLACED

Editor’s Note: The Next Web states that Facebook is putting a delay on the TOS and reviewing comments first.

In a recent blog post, The American Society for Media Photographers put out a warning about Facebook’s new Terms of Service. According to their interpretation of the TOS, “Facebook is now able to exploit your name, likeness, content, images, private information, and personal brand by using it in advertising and in commercial and sponsored content — without any compensation to you. Facebook is monetizing not just your images, but a sizable portion of your entire online identity.”

Crazy, huh? The company that was originally just open to college students has become a monster that wants to become the new Google in some ways. Further, ASMP states that even if you don’t use Facebook and you’re extremely careful about monitoring the spread of your images online, your clients may not be as careful.

Facebook has had a history of pissing off the photo community for years now; and many photographers have opted to still sharing their images online for self-promotional advertising reasons. For that, many photographers upload images that they think were worth uploading in an effort to advertise or engage their audience. But if you really, really think about this, ASMP could also probably be blowing this out of proportion. It could be for things as simple as saying something like, “The Phoblographer likes this page.”

In the end though, we still always recommend exercising caution. Copyright infringement is becoming a bigger issue over and over these days on the web. And many photographers don’t know what they can do to protect themselves. I often see questions about this on Reddit, and used to get lots of inquiries about it when I would lecture at the B&H Event Space. But now, Photoshelter and ASMP have partnered to create this guide to copyrights for photographers. It’s very much worth the look and read, though it is longer than their normal guides.

To start, why not check out how to do a DMCA takedown notice? Recently, I received an email from a reader asking about Model Releases. So when do you use them? Generally, if it s a shoot where another company is paying you to do the work, if you’re in a private setting, or if you’re shooting in public but for commercial reasons. If not, then don’t worry about it.

Thankfully, ASMP recently created an iPhone and iPad app for just the situation. They have converted its standard Model and property release into an easy to use app form. The releases use standard release language, relevant to most still and motion projects that photographers might license. With the app, models (and parents or guardians of minors who are subjects of a photo), property owners and witnesses can sign the release using a finger or stylus on the touch screen just like they’re using paper.

A signed release indicates they have given consent to be photographed and given permission to the photographer to use the image. Each release includes fields which can be customized for entering information on the model or property. Here’s a quick tour of the app.