Chris Gampat on the Amazing OM System OM1 and More! 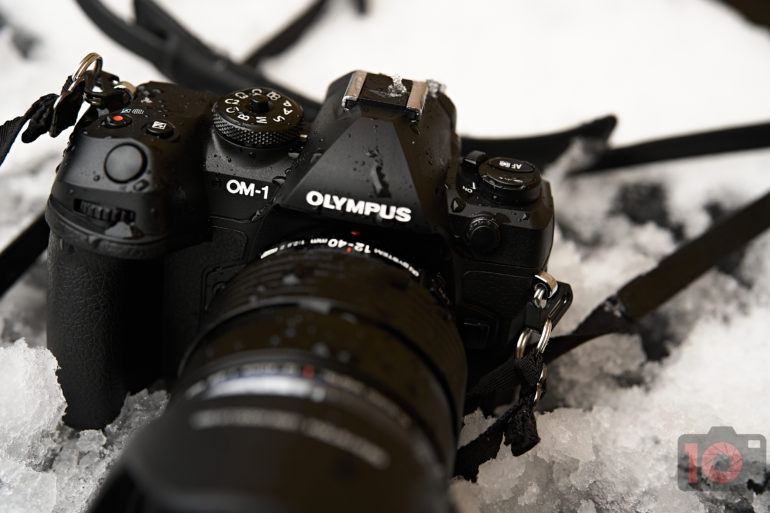 We’re back again with another episode of Inside the Photographer’s Mind, and this week we’re turning our focus to gear! EIC, Chris Gampat, joins me for a 45-minute conversation, sharing what toys he’s had the joy of putting to the test recently.

Inside the Photographer’s Mind is a podcast that delves into the creative thinking of a photographer, aiming to identify why they do what they do. Now and then, we also shift the focus to the tools that allow photographers to work in the best ways possible. There’s no better team to do that than our Gear team. Spearheaded by Chris Gampat, we’ve also spoken to our Reviews Writer, Brittany Smith, and hope to get our Reviews Editor, Hillary Grigonis, on a future show. Gampat locks in on this episode and shares his thoughts on the:

The OM System OM1 is the first camera released since Olympus and OM Digital Solutions parted ways. There was a lot of hype and curiosity surrounding this new camera, with many wondering if OM would match the quality of previous Olympus systems. OM Digital Solutions paid homage to Olympus by including the logo on the camera. While it’s not clear if this will continue in future cameras, it’s a nice touch.

Chris Gampat gave a glowing review of the camera, stating it almost won Editors Choice recognition. He spoke of the improved weather sealing and ergonomics, while also complimenting the new menu system. Check out the full episode to hear his thoughts on its image quality and the technology used to build its sensor.

Next on the list, we turned to the Nikon Z 28mm f2.8. Pairing it with the entry-level Nikon Z5, Gampat spoke candidly about the lens. “Autofocus…with the Z5 is not the greatest,” Gampat told me. He continued to explain that the lens struggles to focus on a face when shooting low-light portraits. That aside, Gampat was impressed with the image quality and a fan of the color the lens produced.

Chris Gampat on The Canon QL17

Canon QL17 was released way back in the 70s. Having recently turned 35, Gampat bought the camera as a birthday gift to himself. It comes with a 40mm f1.7 lens and a full-frame sensor (and zero megapixels). Gampat explains why, out of all the film cameras, he wanted this one to celebrate such a milestone birthday. It’s also a point in the show where we see his evident passion for film photography, and you can see it too by hitting play on the media players.

Chris Gampat also shares his thoughts on the Kodak Tri-X Camera. It’s a single-use camera and great fun to use. Gampat explains why it’s the perfect ice breaker at parties, and we compare it to another party favorite, the Fujifilm Instax series.

We also cover the Laowa 85mm f5.6 2X Ultra Macro APO. Attached to his Leica SL2, Gampat puts the lens to the test live on the show. We discuss the fixed aperture, image quality, and overall value for money.

Hit play on either the audio or video player above to get the best understanding of all the gear we discuss.

And please don’t forget to subscribe to the podcast, so you won’t miss any of our future episodes.