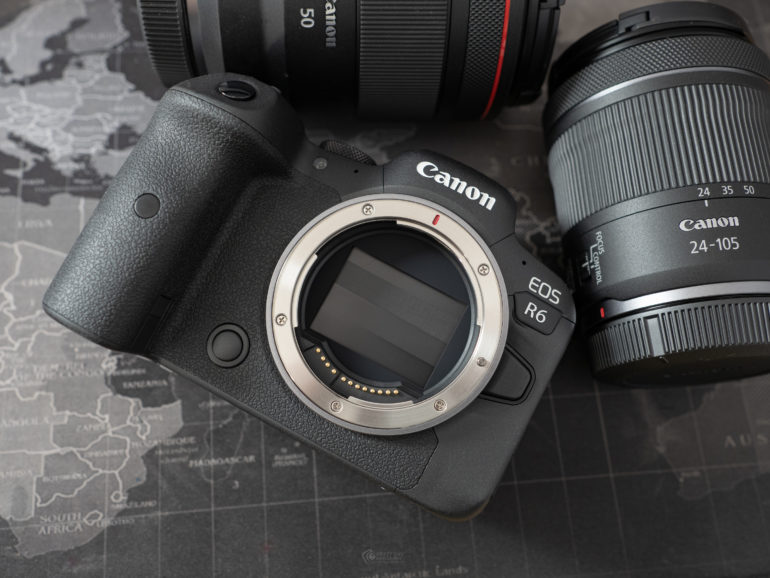 New firmware updates for some RF lenses will help you get more from the IBIS in the EOS R6.

There’s a lot of new tech in Canon’s latest Mirrorless cameras, and one of the most requested new features, the IBIS system, is being put through the wringer so that we can find out just how good it is. Like many others, we are doing IBIS tests with our EOS R6 review unit, and so far, we have seen some pretty good results. But, new firmware updates for some RF lenses promise to make the IBIS system even better. Instead of just breaking the news to you with a short news post, we decided to go one step further and put the IBIS system and some of the lenses with new firmware, which enables dual lens and body stabilization, to the test. Join us after the break to see sample images captured by utilizing the new IBIS system and the lens firmware updates.

I presently have two RF lenses in my possession that have received the updates (the RF 15-35mm f2.8 L IS USM and the 24-105mm f4-7.1 IS STM). In my first impressions post for the EOS R6, I was able to successfully handhold the 24-105mm F4-7.1 for roughly 2.5 seconds before the new firmware update, and after I have been able to get multiple shots between 4 and 6 seconds. Images at 4 seconds were sharp throughout the focal range, but at 6 seconds, things did start to get a little hairy on the long end of the lens.

Wider lenses will be easier to get longer handheld exposures with, so just keep that in mind. The 15-35mm f2.8 L IS USM has been quite impressive, and I have been able to easily achieve shots in the 6 second range consistently, so there is no doubt that the new algorithms and magic Canon put into the firmware updates are doing their thing.

Handheld Astrophotography with the EOS R6? Sure, Why Not.

This is wild! The above image was taken with the EOS R6 handheld. I used the newly updated Canon RF 15-35mm f2.8 L IS USM, and this combo enabled me to shoot astrophotography handheld! That’s pretty impressive. The settings for the image above were ISO 5000, 15mm, 5 seconds, at f2.8. The image is incredibly sharp, and there is no doubt that the EOS R6 IBIS and lens IS combined are fantastic. Am I saying that you don’t need to use a tripod again with the EOS R6? No, of course not: there will always be a place for tripods, but the tests I have conducted show that the new IBIS system from Canon, when coupled with these new lens firmware updates, is very impressive

Here are a few more example images that give you an idea of what’s possible with the Canon EOS R6 while it is being handheld. Of course, your mileage will vary depending on the lenses used and how good your own technique is. All the images below have been created with the RF 24-105mm f4-7.1 IS STM.

As you can see. The new lens firmware updates make it possible to handhold the Canon EOS R6 for up to 6 seconds fairly easily with the two lenses I tested. Once you start pushing to eight seconds, the images become too blurry, for me at least, but I was able to replicate six second exposures fairly consistently. Just let that sink in, okay. I have been able to achieve handheld exposures slightly longer than this with the Olympus E-M1 III, but that’s a tiny Micro Four Thirds sensor. Being able to get usable, sharp six second exposures with a Full Frame camera, that’s pretty mind-blowing.

In conclusion, do we think everyone is just going to be walking around, taking seconds long exposures with this camera? No, of course not, but it is great that you can if you want too. On a more practical side of things, just think how much easier things it will be when the light does start getting low and you need to capture some action. You can keep the ISO low, slow the shutter speed, and you’ll still be able to nail the shot. If you own any of the lenses listed at the beginning of this article, and you plan on getting the Canon EOS R6 or the EOS R5, make sure you grab the new firmware files from the official Canon website.