Op Ed: There Is No Good, Safe Social Media Community for Photography 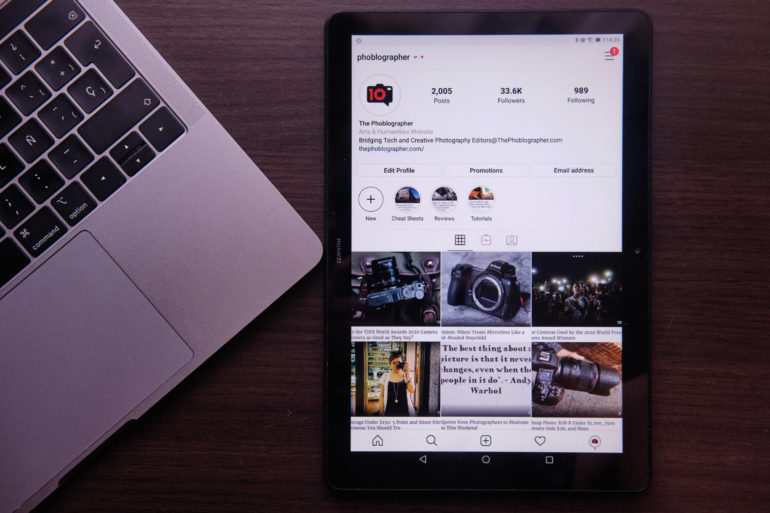 When it comes to social media communities for photographers, Instagram is the reigning, undisputed champion. Before Instagram’s dominance, the photo-centric social media landscape was a very different place. The photography social media space was much like the Wild West back then. Platforms like 500px, Flickr, Google+, and Tumblr were all gunslingers vying for dominance. Some of these platforms had their 15 minutes in the spotlight, managing to foster communities amongst their loyal userbases. Most of them have been barely able to hold onto their formal glory. We’ve also seen contenders like Daisie, Ello, and Vero pop up through the years as well. While they have all been touted to be the next big thing, none of them have gained the traction needed to dethrone the 800-pound gorilla that is Instagram. Despite the growing dissatisfaction with Instagram amongst many photographers, we’re doomed to suffer its reign until a viable alternative presents itself. Where did all these competitors go wrong?

“Once touted as the alternative to Facebook, Google+ was home to a thriving photography community that ranged from enthusiasts to professionals.”

To get to the root of the problem, let’s take a look at where things went wrong with some of these “Old Guard” photography communities. While 500px, Flickr, Google+, and Tumblr each had their respective communities of photographers, things have been somewhat tumultuous for them in recent years. 500px’s made some questionable changes to their Terms of Service, and suffered a massive data leak. Flickr’s been plagued with major financial woes. Between copyright issues, outcries of censorship, and a series of ownership changes, things weren’t looking that rosy for Flickr either. Most tragic of them all is perhaps the dearly departed Google+.

Once touted as the alternative to Facebook, Google+ was home to a thriving photography community that ranged from enthusiasts to professionals. (Facebook would go on to acquire Instagram, but more on this later.) Many professional photographers managed to develop massive followings on Google+. They, in turn, helped to foster the many photo-centric communities on the platform during its near-decade-long existence. Thanks to Google+, photographers like Trey Ratcliff garnered massive recognition and were catapulted into the mainstream. Sadly, Google+ was unceremoniously retired last year. It now rests among an ever-growing list of the tech giant’s orphaned products and services. This left a massive void that Instagram (and Facebook) capitalized upon.

So where did it all go wrong? A loaded question, for sure. To put it simply, most of the “Old Guard” photography platforms failed to adapt to the changing photography landscape. But let’s dive deeper.

“Best of all, creating on Instagram was easy. Anyone with a smartphone could do it as long as their phone had a camera and the app.”

Unlike the various photography platforms we’ve previously discussed, Instagram capitalized on the growing mobile market very early on. In fact, Instagram was the first photo-centric social network to enter the mobile space. Beating their competitors to the punch, Instagram launched its iOS app three months after the social media platform went live back in 2010 (the Android app would follow roughly a year and a half later). Like the other photo-centric social networks, users on Instagram were able to share their work on the platform, discover work from others, and connect and interact with others. Unlike the other platforms that required you to be at your computer, Instagram was accessible from the palm of your hand. The interface was simple and easy to use. Scrolling through a never-ending feed and liking images along the way made for a simple but addictive feedback loop.

Another critical factor set Instagram apart from the other platforms: the Instagram app allowed users to create and share their work while on the go. Best of all, creating on Instagram was easy. Anyone with a smartphone could do it as long as their phone had a camera and the app. The various filters built into Instagram also allowed amateurs to spruce up their images without having to fire up Photoshop on their computers. In many ways, Instagram was instrumental in ushering mobile photography into the zeitgeist. You can even go as far as to argue that Instagram helped to democratize photography and made it more accessible than ever. Enthusiasts and professional photographers flocked to the platform like moths to a flame. And so began the story of Instagram’s eventual dominance among the various photo-centric platforms and social networks in general.

Alas, all good things must come to an end. Between algorithm woes and the shift in focus towards video content, photographers would go on to see a sharp decline in organic reach and engagements on Instagram. The social network built on the backs of photographers has gone on to toss their core photography audience aside like second class citizens. To quote the ’80s classic film, WarGames, “The only winning move is not to play.” However, this is a choice few of us are willing to make.

Where Do We Go From Here?

While photo-focused social platforms like Daisie, Ello, and Vero have emerged in recent years, none have managed to make a noticeable dent to Instagram’s userbase. Interestingly enough, some photographers have embraced Facebook, Instagram’s parent company, as an alternative. Specifically, photographers are connecting and engaging with one another and cultivating communities through Facebook groups.

“Or better yet, abandon Instagram altogether and share your work via your personal website instead. You’ll see a much better return on investment while also beefing up your site’s SEO.”

New photography groups are forming on Facebook every day. There are lots of different groups focusing on general photography interest, usually specific to a particular location or language. Some of these Facebook groups focus on specific genres of photography, photographic knowledge, and industry support. Others are geared towards particular camera/lens manufacturers, vintage cameras, analog photography, alternative photographic processes, post-processing, and so much more. In fact, you’re pretty much guaranteed to find a group that caters to your specific areas of interest concerning photography. While Facebook photography groups definitely have more of a sense of community when compared to Instagram, there are fundamental differences.

Facebook groups lack the discoverability inherent to Instagram and other photo-centric social media platforms. In many ways, Facebook groups operate more like message boards of yesteryear. Unless you’re a member of a specific photography group on Facebook, you’re not going to see any of the work shared within. This effectively eliminates the possibility of growing your audience organically. Some would argue that Facebook pages are better suited for audience building. While this was undoubtedly achievable organically in the past, Facebook has made reaching your audience via Facebook pages all but a a pay-to-play feature. Unless a Facebook user likes your page and opts to be notified whenever new content is shared, you’re basically shouting into the void. Want to get some eyeballs on your work? You’ll have to fork over your hard-earned moolah to Facebook to push your content to users that may be interested in your work.

We deserve a photo-centric platform that is genuinely social and focuses on fostering communities. One that inspires us to create. One that allows for the open sharing and discovery of our works. One that helps us grow as photographers. The search for a viable alternative to Instagram continues. Until this alternative arrives, we’ll need to adapt to Instagram’s ever-changing algorithm. Or better yet, abandon Instagram altogether and share your work via your personal website instead. You’ll see a much better return on investment while also beefing up your site’s SEO. After all, “The only winning move is not to play.”