Opinion: Olympus Can Set the Tone for the Future of Photography 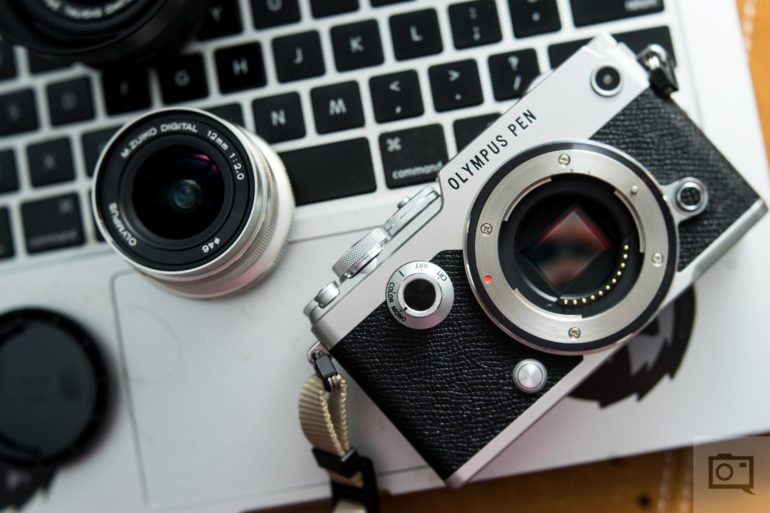 Olympus knows the limitations of its chosen platform, but they have the ability to innovate and incorporate computational photography into their cameras.

Olympus has a track record of being able to achieve the seemingly impossible. Over the last 12 years, Olympus has developed technologies that have still made the Micro Four Thirds platform relevant today. They have developed class-leading IBIS, started to incorporate AI into their cameras, and their weather sealing technologies are some of the best in the business. But let’s not think all is rosy in M4/3’s world. APS-C and Full Frame platforms are pulling away at an alarming rate when it comes to sensor technology, and pricing continues to draw people away from the Micro Four Thirds platform. If anyone can make M4/3 relevant again, it’s Olympus. They are crazy enough to try new things that can make the platform fun for photographers. After the break, we will take a look at what Olympus needs to focus on if they want to keep up with Sony and the rest of the gang.

Olympus had a pretty rough end to 2019 thanks to speculation that their imaging division would be shutting down amid poor performance, but they came out with guns blazing to squash those rumors. Olympus started 2020 strong by releasing two new cameras, a new lens, and their roadmap for this year and beyond looks quite exciting. But where does Olympus go from here? How can it push the Micro Four Thirds platform to new heights, and how can they attract new photographers? Let’s talk about this.

“Whether we want this to happen or not, computational photography will be coming to traditional cameras eventually: that’s just a fact. So why not get a jump start on the rest and perfect it before everyone else does?”

Olympus, Develop a New Sensor or Think Outside the Box

This is a subject that has been discussed over and over again. In fact, we recently published an article that highlights just how many cameras (16 in all) have used the same two sensors from 2014 (a 16 Megapixel sensor) and 2016 (a 20 Megapixel sensor), with two of those cameras being released in 2020 (the E-PL10 and the E-M1 III)! You really cannot tell us that the Micro Four Thirds platform reached peak sensor in 2016, can you? We certainly hope not. While the current 20 Megapixel sensor is very good, we can’t help but feel that there’s more to come. We need to go from very good to great.

“Olympus, you have some of the greatest minds working for you when it comes to developing software features that make your cameras stand out from the rest, so put them to work.”

Olympus, it’s time for a new sensor. If Sony cannot supply you with some new silicone, perhaps it’s time to team up with Pansonic so you two can create your, own, or perhaps reach out to Samsung or even Sharp (who let slip that they are working on an M4/3 camera capable of recording in 8K). The new sensor doesn’t need to be a radical departure from what’s available now. However, a new sensor that could give us improved high ISO performance, increased dynamic range, and a slight bump in resolution would make us all very happy.

But, if You Can’t, Develop a Way to Incorporate Computational Photography

If a new sensor won’t be on the horizon anytime soon, perhaps it’s time to start looking at incorporating computational photography into your cameras. Olympus, you have some of the greatest minds working for you when it comes to developing software features that make your cameras stand out from the rest, so put them to work. You’ve given us the joys of Live Composition, Starry Sky AF, great in-camera focus stacking, live ND, etc., but if you cannot get your hands on a new sensor, then there would be nothing wrong with incorporating algorithms that can make your cameras match what sensors on other platforms can churn out.

We’ve seen what modern smartphones are capable of: just imagine where you could take computational photography, and imagine how much better it would be embedded into a traditional camera. Whether we want this to happen or not, computational photography will be coming to traditional cameras eventually: that’s just a fact. So why not get a jump start on the rest and perfect it before everyone else does? Pioneer the technology in your cameras and be three steps ahead of everyone else.

Add Smartphone-Like Features Into Your Cameras

We’ve discussed computational photography, but this is not what I mean when I say smartphone-like features. What I mean by this is connectivity. It blows my mind that we still have cameras incapable of connecting to a cellular network for data in 2020. It blows my mind that we have powerful cameras with great touchscreens that cannot be used to edit images via apps, which can then be sent to sharing platforms straight from the camera. To me, this is how camera companies can get the masses who use their phones for photography to run out and buy a dedicated camera again. If anyone can incorporate this technology into their cameras, it’s Olympus.

“Make your cameras stand out from the pack, Olympus. Make them fun and familiar to use and go after the crowd Nikon, Canon, and Sony are ignoring.”

Adding features like this into cameras would be game-changing. Partner with some mobile app developers, or even come up with a mobile version of Olympus Workspace that will allow users to edit images in-camera. Throw in an LTE modem that can be activated on a number of networks so that the masses can then share instantly to Instagram, Facebook, 500PX, Flickr and more, or create a dedicated cloud service where images can be uploaded to the cloud for safekeeping. Now that would be innovation.

We know it can be done, Canon has worked on a cloud-based system, but throw in the connectivity and make it work without a phone being attached to the camera and you’ll have a winner on your hands. Features like this would separate your cameras from the rest of the crowd, and it would make the Micro Four Thirds platform more appealing to newcomers who are looking to pick up their first dedicated camera. Make your cameras stand out from the pack, Olympus. Make them fun and familiar to use and go after the crowd Nikon, Canon, and Sony are ignoring.

“An article we posted recently stated that a camera system is only as good as its lenses, and that is totally true. Play the one-two card. Hit it out of the park when it comes to your cameras, and then wow everyone with the lenses.”

Keep Pushing the Boundaries With New Lenses, and Update the Old Ones

I have to say that the lenses Olympus produces are top-notch. I have used many camera systems and many, many lenses during my years as a photographer, and Olympus’s line of M.Zuiko and Pro lenses are right up there with the very best.

The lenses Olympus offers are another way to make the brand stand out from the crowd. Olympus is already innovating in a big way, and that’s incredibly exciting. Olympus is working on a stunning lens in the 150-400mm f4.5 Pro with a built-in 1.25X teleconverter. This new lens will be a 2000mm equivalent users can easily handhold thanks to its terrific IBIS systems. There’s no doubt that this lens alone will get people talking about the M4/3 platform, but I ask that you please also update some of your older lenses too.

Lenses like the Olympus M.Zuiko 25mm f1.8, the 17mm f1.8, the 9-18mm f4-5.6, the 45mm f1.8, and many more could all use a refresh. They are good lenses, but a little long in the tooth now; some of them are pushing on ten years old. Update them, give them a fresh lick of paint, improve the build quality, and make them shine. An article we posted recently stated that a camera system is only as good as its lenses and that is totally true. Play the one-two card. Hit it out of the park when it comes to your cameras, and then wow everyone with the lenses.

“Perhaps the most fun Olympus camera I have ever used is the Olympus Pen F. Just looking at it makes you want to take it with you everywhere you go.”

Perhaps the most fun Olympus camera I have ever used is the Olympus Pen F. Just looking at it makes you want to take it with you everywhere you go. Not only is it exciting to use, but it’s a great conversation starter too. Its stunning looks hark back to a simpler time, and people just love how the camera looks and feels in hand.

The Pen F has been discontinued, but you can still pick a new one up if you wish. However, it’s time for a new model, and this time it needs to have weather-sealing. Olympus, why you left it out in the model pictured above will go down as one of life’s great mysteries. But what we know for sure is that there needs to be another version as soon as possible. It would be a hit with its cult fans, new photographers, and beyond.

Olympus certainly has what it takes to take tech in cameras to the next level. Sure, Sony may have most beat when it comes to sensors and autofocus tech, but if there is one company that can push different boundaries of technology in cameras, it’s Olympus. They’re the only company crazy and brave enough to do it and pull it off. Show us what you can do, Olympus. Make a camera that will inspire phone photographers to holster their iPhone or Android device and pick up a traditional camera again. Keep innovating when it comes to lenses, and keep M4/3 alive and well. What do you want to see from Olympus? Let us know in the comment section below.