Using the Zenit 85mm f1.4 on the Canon EOS R was challenging and interesting.

When it comes to using manual focus lenses like the Zenit 85mm f1.4, you really need a tripod or a monopod to make the most of it. It’s a longer focal length and that requires manual focus. When you do that, the simple nature of turning the battel means you’re going to stabilize the whole scene. That’s what I encountered with the Zenit 85mm f1.4 while using it. And unfortunately, it doesn’t have AF/AE contacts. This would have helped alleviate the issue as the Canon EOS R has arguably the best focus peaking and manual focus assistance in the industry. The Zenit 85mm f1.4 is based off of an older design. To that end, it has less contrast. That gives you a really nice look right out of the camera. But where it ends up being a calamity is with getting a subject in focus. It’s already got a very thin area in focus at f1.4 and the focusing peaking assistance isn’t much. That’s because of the low contrast to the lens. Stopping the lens down helps, but who wants to do that? If the Zenit 85mm f1.4 had AF and AE contacts, then it would be able to be read through the AF system. With that done, the focus peaking system would tell you when the area that you’re focusing on is perfectly sharp. This also works similarly to Nikon’s DSLR rangefinder system. In fact, it’s arguably better.

To that end, working with a model is a slow process here. It’s even slower than something like a Zeiss lens. It’s more like older Rokinon lenses. However, you’ve got the inherent benefits of mirrorless cameras and are locking your EVF to show a constant preview instead of a Live View setting. You’re going to have to pose the model, ask them to hold the pose, carefully focus, check the focus, check your composition and shoot. You need a model with a lot of control. More importantly, you need self control. You’re going to yield less photos but you’ll get more keepers. The reason for this is because you become a more active part of making the image. 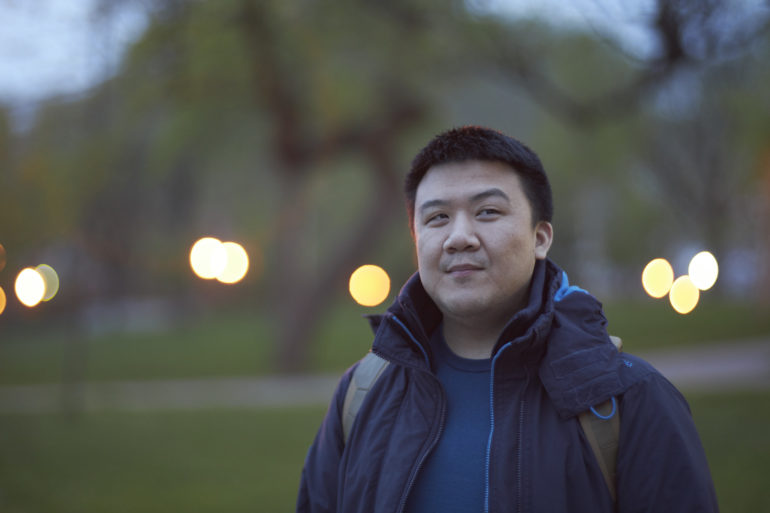 My favorite thing about the Zenit 85mm f1.4 is ultimately the image quality. For years, I’ve been looking for less sharp, less contrasty lenses. This goes against much of what’s out there on the market right now. There is the “do it in post-production” mentality, but I really don’t want to do much work in post. I work really hard to get it right in camera and when I do that, I want a unique look. That’s what this is indeed giving me. If all you want is really unique image quality, then you’re going to get it here. You’ll get sharpness, but not Zeiss levels of sharpness. You’ll get contrast, but not Sigma levels of contrast. The images will look organic and less clinically digital. The Zenit 85mm f1.4 will make skin tones look great. Additionally, there isn’t any sort of issue with purple fringing that I was able to find. Portrait photographers will really value this if you’re shooting in natural light. Couple this with Canon’s solid color rendition and you’re going to get a lens that works well. Canon’s lenses already have a nice character to them, but the Zenit 85mm f1.4 has more of it.