9 Questions Every Female Photographer Has Encountered in Her Career What does it take to reach the level where you are respected and knowledgeable as a photographer?

Unfortunately, that question is dependent upon a lot variables; one of the biggest contenders being that of gender. While all artists suffer from inevitable imposter syndrome, women in the industry are much more alienated and separated from feelings of success than their male counterparts. Why, you might ask? In addition to the pitfalls and hurdles that externally face all photographers, women face an additional internal one – their male counterparts. Time and time again, I’ve encountered the same barrage of bullish questions laced with judgment and a lack of acceptance. Here are some of the most common questions thrown a woman’s way that consistently compromise and undermine our professionalism and sense of belonging within the industry. 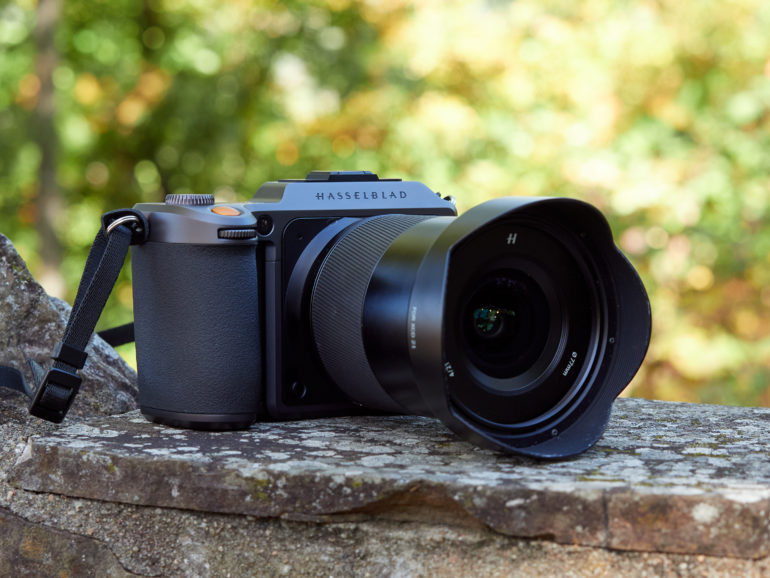 It sounds standard and innocent enough, but comes with a hidden disclaimer card – now comes the comparison talk, the “Well, why’d you choose that camera?” and, “But what do you think about this other brand/model that isn’t the one you have?” It’s a subtle, subconscious attempt to suss out just how knowledgeable you are about not only your own equipment but the breadth of equipment in general. It’s an evaluative opener used to establish whether a woman is a ‘real’ photographer or a phony with a fancy camera.

2. What Do You Think About This Random, Specific Piece of Gear?

The intention of this one is not to determine how educated or informed you are as a female photographer, but rather is designed as a twisted, sordid game. It plays out as such: if you manage to pass this pop quiz question, more quizzes will arise until inevitably you’ve been stumped – a photo gear gotcha! if you will. The person in question isn’t asking these because they genuinely want to know your opinion, but rather they are looking for when and where they can trip you up, and it lives in the nature of establishing, “Yep, I knew she wasn’t legit!”

This one is the final pieces in the trifecta of gearhead superiority complexes. If you’ve somehow managed to hold your own through the first two questions, this one is meant to be the clincher. Only the most legitimate of real photographers shoot on film, obviously, so if they haven’t tripped you up with questions 1 or 2, this one is the trump card to throw out and make clear that you are not as legit as you think. The nature of this one usually reveals a sense of explicit elitism from the person posing the question, and without fail, responding with anything but an enthusiastic “Yes!” is the final nail in the coffin regarding your validity and reputation as a professional. 4. So What Do You Shoot Anyway? Weddings, Newborns, Maternity?

Bearing the female badge of honor also carries with it the assumption that you are as stereotypically feminine and maternal as you can get when it comes to the imagery you create. No one has ever presumed I am a commercial photographer. The first genre that’s assumed as my focus is weddings, followed shortly by family portraiture and the rest of the boutique-esque veins within the industry. I have a vagina, so I must inherently be interested in newborn photography, since all women are just baby-crazy, right? Or, I’m a typical marriage-obsessed woman, fixated on fairy tales and happy endings, so I must shoot weddings. The gendered nature of the various sub-focuses in our community usually gets applied to the women of the industry as well, and it’s deeply disheartening to see when it happens.

5. What About When You Have Kids?

This ties in closely with question 4, as there’s always the foolishly safe assumption that I, as a woman, will have children (I won’t). So, it becomes a matter of ‘when’ instead of ‘if.’ Then, that presumption is coupled with how my work and approach to my career will change once I begin my own family (which is forever happily baby oriented). People automatically assess something inherently has to change in order to accommodate the new life developments underway.

6. How Do You Balance Your Personal and Professional Life? Who’s Home with the Kids, Isn’t that a Lot of Time Away from Them?

If you do, in fact, decide to pursue the white-picket-fence, all-American stereotype of married with kids in the suburbs, question 5 transitions into 6. Instead of folks asking you what you’ll do, it turns into a running commentary on your quality of being a mother. Never mind the fact that no one deems this question necessary or appropriate to ask father photographers, or married male photographers – only the women encounter this invasive question. Being a mother carries with it an inherent assumption that family is first, and all other things (such as career) become secondary. Fathers are free from this cage of expectation, their character not judged and evaluated by their absence from soccer games or school plays or dance recitals – that’s the mom’s job. Then, there’s the additional guilt trip built-in addressing the large amount of time spent away from the children. 7. Are You Sure You Don’t Need Help with That?

This applies more to the realm of photo assisting than photography specifically. Still, I can’t say I’ve ever seen a male assistant’s ability to handle equipment ever be questioned the way I’ve seen it happen consistently to women in the field. Whether it’s the photographer, the talent, or strangers on the street, a misguided chivalrous sense of ‘can she handle it? I should help’ seems to permeate the places where women need to lift some heavy equipment. Despite my clear ability to handle myself and the equipment I’m responsible for on set, someone inevitably deems my biceps not testosterone-rich enough to handle a gear cart or lug some heavy bags. They feel the need to come running to my ‘rescue.’ I ain’t a damsel in distress dude, just a tiny but mighty woman with enough upper body strength to get the job done. I’ll ask for help if and when I actually need it.

8. The Casual Mansplaining of How Cameras Work Because I Must Not Know.

This one is less of a question and more of a classic case of men thinking they’re the smartest in the room, no matter what their actual IQ is. There’s automatically an assumption that your knowledge base is shaky, spotty at best, and eventually, the mansplaining begins. And it’s never something uncommon, or strongly specific; usually, it’s built out of the most fundamental aspects of understanding your photography equipment. Nothing screams internal female frustration more than a male photographer explaining the ‘duh’ aspects of how gear works to a well-educated female photographer.

9. I Like Your Work, but Here’s How You Should Change It Entirely.

And finally, the last dismissal of our creative energies, visions, and talents – the male need to not only give feedback, but revamp work by entirely reimagining it. Multiple times, when I’ve given presentations of personal projects, every man who makes a comment starts with “I really love ____,” but it always concludes with a revisionist idea, telling you where, when, and how your project could be improved upon massively. Usually, these suggestions also change the entire intention or concept behind the project, to add insult to injury. I’ve never seen male photographers do this to each other. They give themselves strong, supportive pats on the back while delivering a consistent message to female photographers: do better.

Ultimately, we all face a lot of challenges as photographers, and there’s no denying questions like these undermine the confidence and stability of the women in the industry. I can’t wait for the day where we move beyond these gender tests and questions, and start seeing each other as teammates instead of threats or fake invaders needing to be exposed and expelled.