FACTS: Why Leica M is the Best System for a Film Photographer Film photographers: besides a few point and shoots, you’re best off using a Leica camera for many reasons.

If you’re a Leica film photographer already, then you most likely agree with this statement. Though the Canon, Nikon, and Pentax users are probably going to be salty here, there is very little use for a film SLR in the 35mm format. All of the viewfinders are dark at night–which is a problem unless you’re really just shooting during the day. But with a rangefinder, it’s typically much easier to get your subject in focus and to get a lightweight package. The Leica M series of cameras (and to a certain point Voigtlander cameras and Zeiss Ikons) are great tools for the modern film photographer. We’re going to tell you why.

Before you go on, this isn’t meant to annoy anyone and their specific fanboyisms. But instead, it’s more to educate. The idea of the modern film photographer in some ways is to also have a digital counterpart. The only legacy digital system that will most likely live on is the Leica M. Canon EF, Pentax K, Nikon F, and Sony A mounts are most likely going away soon. We’re going to state the first and most obvious reason here: you have a system that you can work with in modern days and times without the need for an adapter. Photographers can pick up a Leica M2 and then use the same lenses on a Leica M10 today if they choose to purchase one. Of course, they can use those lenses on a Sony camera too with an adapter–but you need an adapter. To have full integration, you’ll need to go for a Leica M. It’s nice to have one, cohesive and concise system for when you’re working and truly want variety in how you shoot.

Leica M Bodies Last for Many Years, and They Were Designed With Sealing 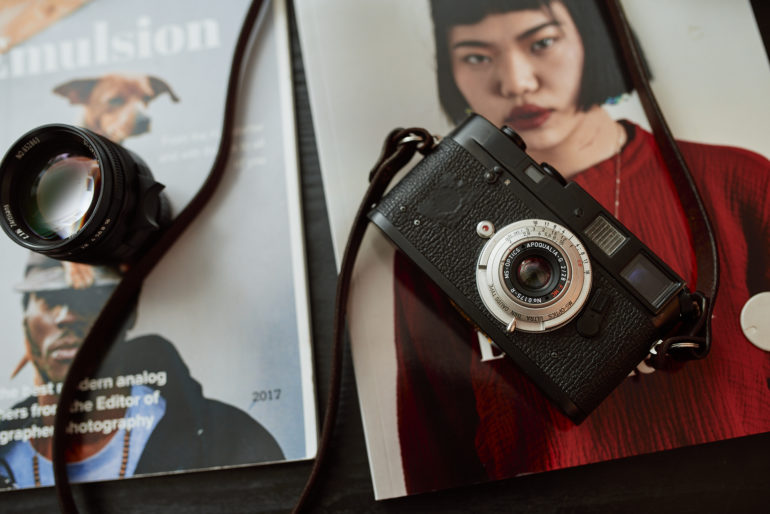 Things back in the day were designed to last for many years. In this case, the Leica M series of cameras have really also survived to work that well. Repairs can be made to many of their bodies and lots of these cameras are refurbished out of Japan. When you purchase one, you can know that it has been passed down from owner to owner many times over and kept working. How many digital cameras can you do that with?

Lots of Lens Options (Very Good Ones Too) Leica lenses are the holy grail for Leica bodies not only due to the build quality but also due to the pure quality of the optics which can be fully realized on Leica M digital cameras. But if you want options from Zeiss, Voigtlander and a number of others, then it is possible. There are uber cheap lenses from 7Artisans if you want. Luckily, the system is complete with options at pretty much every price point.

Affordability for the Price Leica film bodies these days are going up in prices a bit, but if you get bored of it, you can always resell it and get your money back. One can say that they’re expensive, but they’re also expensive for a great reason. Pair these bodies and the lenses available with some gorgeous cinestill, and you’ll be producing images that can’t really be made on any other platform. So essentially, you’re getting something that’s exclusive.

The Badge of Pride You Get with a Leica Though this is sort of null, every photographer that owns and uses a Leica has a badge of pride. It means that they worked to earn one and therefore they cherish it a lot more. Plus they tend up using it like a tool. It isn’t really a piece of jewelry but to some it is. And why shouldn’t someone who worked to earn something flaunt it?