I didn’t really understand the Vi Vante Matador Noir camera strap until I held it. Then my dad, who was visiting my while I was sick, really understood it too. The former UN diplomat in him is almost as discerning as I am, but he completely understood why someone would spend $250 on a strap like this. The thing about leather straps is that they’re already pricey–and often the sailing rope and canvas straps can serve just as well. But what the Vi Vante Matador Noir is combines the best of both worlds. Is it expensive? Yes. But this is genuinely the only strap you’ll ever need.

We test the Vi Vante Matador Noir camera strap on the Leica Q2 and the Sony a7r III.

Description taken from their web page

The Matador Noir is another unique Vi Vante design that has unparalleled complexity and luxury. This black camera neck strap consists of 12 individual strands of premium Italian leather braided over a thin leather strap for strength, and to maintain the braid even when rolling. Side protection is built in to the ends of this strap and the ends are stitched by hand. From Start to finish this strap is made by hand. The mounting rings are electroplated gun metal gray.

Comes in Branded Pouch, with authenticity card, and an extra pair of electroplated mounting rings. 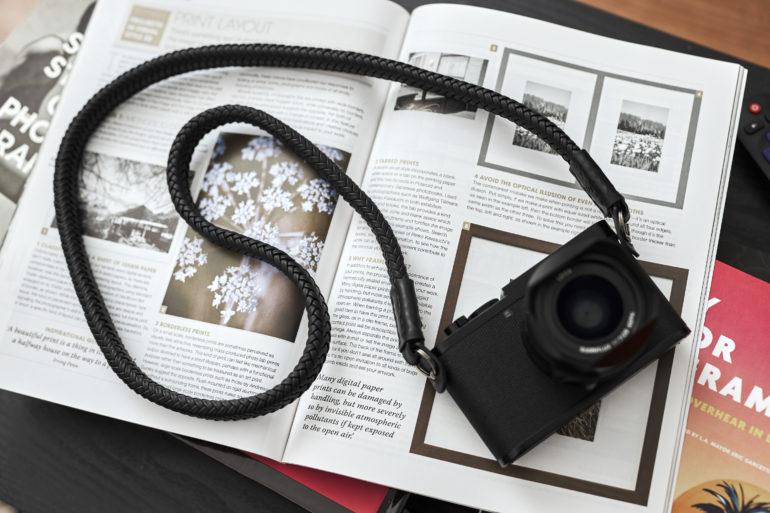 The Vi Vante Matador Noir is a pretty simple strap. First off, the entirety of the strap is leather. This leather is braided and therefore acts like some very thick, leathery rope. This is an idea that is typically done with canvas and sailing rope straps, but I haven’t often seen this done with leather. The Vi Vante Matador Noir takes that another step by not only giving the photographer the luxury of leather, but the great design that is indeed sailing rope. At the strap laps, the Vi Vante Matador Noir connects by looping around the camera’s lugs then using a split ring. 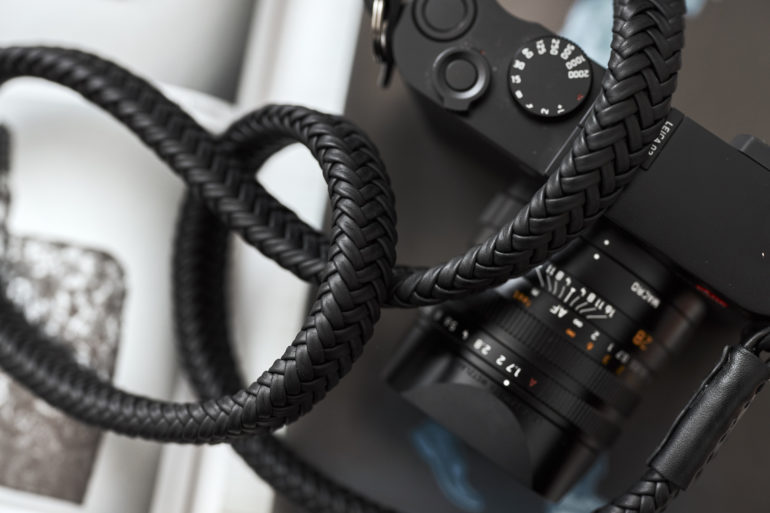 The Vi Vante Matador Noir is incredibly well built. Though it’s being marketed to Leica photographers, I’ve put it on Sony cameras without any sort of trouble. In fact, I had it mounted to a Sony a7r III with a 100-400mm lens and it felt incredibly comfortable. Photographers who gawk at just how luxurious it is probably won’t understand just what makes it so special, so I’ll break it down for you and how the design of the Vi Vante Matador Noir translates into build quality.

Then consider the hardware of the Vi Vante Matador Noir. It has a leather loop to attach to your camera’s strap holders and then attaches via a split ring. This protects your camera and keeps it secure. In real life though, the rigid structure of the Vi Vante Matador Noir around this area can sometimes make it uncomfortable to use when the camera comes up to your eye. At times it sort of jams unless it is positioned in a specific way. This is a result of the braided leather. Using the Vi Vante Matador Noir is pretty straight forward. You mount it onto the camera by way of the split rings. Once it’s on, you sling it around your torso or neck and go about shooting. What’s also really nice is how the strap wraps around your wrist if you want to always have your camera in your hand. What’s sometimes odd though is bringing the camera up to your eye to shoot. Because of how rigid the joints at the split ring and camera are, the Vi Vante Matador Noir won’t want to move around at times. This may cause you to hold the strap in an odd way or require you to do some sort of workaround.

The Vi Vante Matador Noir strap is a fantastic offering for many different types of photographers. But can you justify $250 for a camera strap? Yes, that’s pricey. Yes, for that money I could instead buy a number of plants for my apartment along with new potting soil and more. I could also pay for a full meal amongst friends. Plus, I could refresh my wardrobe for that price. But the more I think about that, the more I also consider the fact that while those things would last me a long time, so too would this camera strap. The Vi Vante Matador Noir is really unique. Not only does it take leather and combine it with the sailing rope design, but it adds extra strength and durability.

In my opinion, you’re not going to get a better camera strap. You could surely be okay with the one that you have. But for the photographer that wants comfort, aesthetics, and reliability, you can’t go wrong with the Vi Vante Matador Noir. We’re giving it five out of five stars and an Editor’s Choice Award. You can get one at Amazon and their website.