HOME, a collaboration between Fujifilm and Magnum Photos includes images that will tug at your heart and photos that will make you ponder the meaning of documentary photography.

Photographers who pick up HOME will take pride in knowing that this massive tom contains images from arguably some of the best documentary photographers in the world. To curry the pot even more, they’ll further reinforce their love of Fujifilm, a brand that they surely relate to as many folks will probably own their cameras or shoot the company’s film. And for the most part, HOME does justice to the work of many of these photographers. You’ll have a number of emotions hit you while reading the text from the photographers and looking at the images. HOME is split into sections with each highlighting a unique photographer who contributed to the project. Each photographer was asked to explain what their idea of home is and to show it to the world in photographs. It’s a brilliant idea as it’s somehing very important to all of us and plays a larger role in subtle ways with refugee displacement, etc. Each section seems to have been carefully curated by each photographer who also provided layout advice. This is evident as some photographers won’t mind annoying things like having their images split down the center of the book, while others will choose instead that the reader will need to physically rotate the book around to get a better understanding of their photos. This experience is one that truly pulls you into the stories in conjunction with the gorgeous look of many of the photos on the paper type. All of these images are printed on a matte photo paper that has a touch of sheen to it. Under the direct overhead light of an airplane seat, it will be easier to internalize the images than in most lighting situations. I say this because I digested HOME on my airplane ride back to my home in Brooklyn. But at my coffee table, the photos still look wonderful. 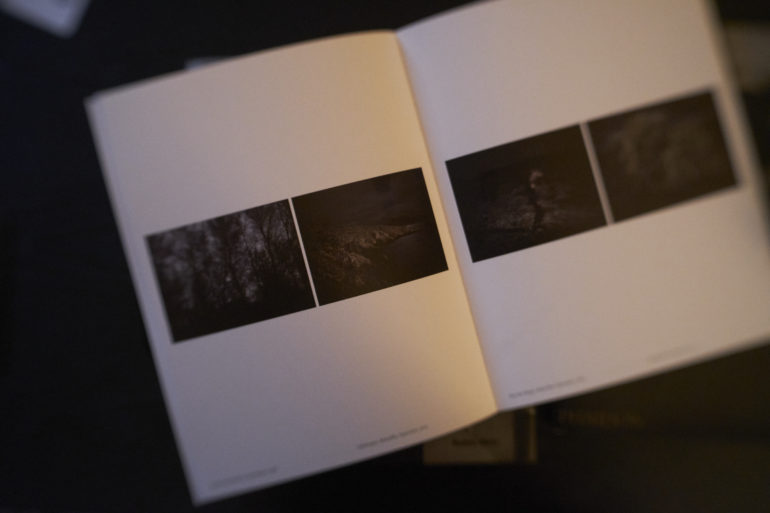 My issue with this book comes from what I genuinely feel are a mix of efforts on the images. Some photographers I genuinely believe barely tried and put forward some of their worst photos. Other photographers I feel gave me reason to want to tear the pages out of the book and frame their wonderful photos. Granted, the price is right for me, the book was provided as a gift from Fujifilm.

I have no doubt that acolytes that believe that MAGNUM can do wrong will fall blindly in love with each image. But from an EIC who cut his teeth as an intern at MAGNuM and who matured to run one of the world’s largest indie photography blogs, I have to say that I’m not fully satisfied with my free book granted to me due to some privilege that I’ve worked the better part of 9 years for. Again, I feel like some photographers gave this project their all and some didn’t. Those who didn’t, and I won’t name names, should have simply been removed from the book. My other problem with this entire project is that some photographers I genuinely feel are photographing in a way that pushes the documentary world forward while others shoot photos of mundane things in a mundane way and don’t truly put a unique perspective on it. In comparison to the way that many other photographers shoot, I believe that some photographers in this tome should have really found ways to make the viewer feel what they say in their textual descriptions vs presenting things in just an odd, mundane way that doesn’t push creativity forward. As asinine as that sounds, I’m genuinely of the belief that documentary and photojournalism professionals need to do an even better job to retain the attention of those who find it too easy to simply scroll passed their work on Instagram, Facebook, News Readers like Flipboard, etc. It’s sad, but these platforms are making photojournalism and documentary photography feel less urgent. And to that end, the artists can’t fight the algorithms of greedy technology companies—instead they simply just need to try harder instead of just worrying about wanting to retire soon. As harsh as these words sound, they come from a good place—a place where I feel many of my fellow millennials don’t care enough or try to do enough. Simplykng double tapping a photo on Instagram doesn’t provide support for a cause. And that’s why I think that HOME is a mix of some absolutely spectacular work, spectacular work given an awful layout, spectacular work given a layout that any photographer would die for, and some work that simply has no place being placed amongst the photographers who identity with the MAGNUM foundation.

HOME, nonetheless, deserves a place on your coffee table and eventually your book case. More than anything, it is a reminder that we don’t all come from equal places of privilege and opportunity and that we need to be human while figuring out how we can push a genre forward.