Light pollution is a real problem, but could things get better for photographers with the Irix Edge Light Pollution filter?

We live in a day and age where electricity rules. This of course is not a bad thing; for one I wouldn’t be here writing this review if it were not for the buzzy stuff flowing through cables everywhere. Electricity also means that we get to turn night to day. Streets are filled with massive glowing buildings, and the roads are lined with lights that allow us to see in the dark, but the city lights (sodium lamps in particular) are polluting the night sky. The yellow glow they give off, and the haze they produce can be seen for miles and miles in all directions. Not only can this have a negative effect on night time cityscapes, the glow can also hamper efforts to capture the night sky, even if you think you’re far enough away from them, the glow will still affect your images.

This is where a product like the Irix Edge Light Pollution filter comes in. The premise is simple. Make a filter that can attempt to block out the sodium lamp spectrum (589nm) so that photographers can take shots at night that will not have a yellow color cast, nor haze that is produced by city lights. The question though is, can this filter do the job?

When testing the IRIX Light Pollution Filter we used it on a Rokinon 12mm F2 which was attached to a Fujifilm X-T3.

All specifications have been taken from the official Irix website. The filter is available in thread sizes ranging from 67mm to 95mm. The Irix Edge Light Pollution filter is really very easy to use thanks to overall design. You’re probably thinking what possibly could be done to make the ergonomics of a circular filter any better than other circular filter out there. The grips. It’s all in the grips.

The aluminum body features four raised grips that make handling the filter easy. They’re placed at the 10, 2, 4 and 8 positions on the body of the filter. The grips make the filter easy to screw on to your lens, and take back off again. The the filter is also only 4mm thick. Overall it’s a nicely designed filter that won’t add significant bulk to the end of your lens. The Irix Edge Light Pollution Filter is incredibly well built. The aluminum frame is tough but light, and the glass has been treated with a special thermal treatment which gives the glass extra strength and rigidity. I have been using the filter for the last couple of weeks and it has held up well to me not exactly being gentle with it. I certainly haven’t abused it in any way, but I haven’t babied it either. Gear is there to be used after all; regardless the filter still looks like the same as the day I took it out of the packaging. Granted it’s not the brass frame of B+W filters, but it’s still fantastic.

Both sides of the glass have also been treated with anti-reflective coatings, and a nano coating with hydro and oil-repellent properties. This coating stops dirt from sticking to the surface which is supposed to make cleaning it easy; and I can say that this is definitely the case. Wipe and any grime is gone in an instant. The Irix Edge Light Pollution Filter is well built for sure, and I have no doubt that it will last a long time. 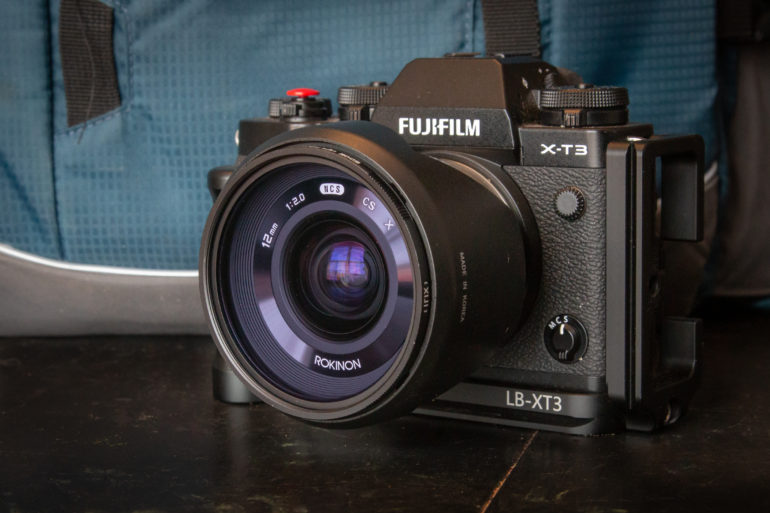 It’s really as easy as screwing it on the front of your lens and then forgetting about it. There is nothing else to it. This is a not a rotating filter like a polarizer, so once the filter is attached and screwed down, it doesn’t move until you take it off.

The filter screws on smoothly every time it’s placed on the lens, and it comes of incredibly easily when you’re finished with it too. I have used aluminum filters in the past and have needed a filter wrench to get them off, but the Irix Edge Light Pollution Filter doesn’t need to be bullied into coming off of the lens; it just glides off as easily as it goes on. As mentioned above, the filter is easy to clean thanks to the special nano coatings. Not only did dirt just slide off, water just drips off of it too. The magic used to make the coatings is powerful, and it works well. Once the filter is on your lens, all that’s left to do is take pictures. So here’s what it boils down to. Does the Irix filter actually do what it’s supposed to do, and does it impact image quality in any way at all? The Irix Edge Light Pollution Filter works flawlessly. It does everything it sets out to do, and to my eyes there is no image quality issues whatsoever. Every image I took with the filter was just as clean, clear, and as as sharp as the images I took without the filter. The only difference between two like images is the color difference which is caused by the filter cancelling out the sodium lamps. The filter removes sodium street lamp yellowing and haze, and as a result your images become much sharper. With a filter like this it’s really easy to see just how damaging light pollution is. The images below have been edited, but the same edits have been applied to both images. There was no color correction done to any of the images. Just general changes to exposure only.

All like images were shot with the exact same settings, on the same camera, and with the same lens too. The difference is clear to see. It was a cloudy night in Oklahoma City when these images were taken, and you can clearly see the reflection of the sodium lamps bouncing off the clouds in the images without the filter. You can also see the yellow haze that the lamps cast across the entire image as well. With the filter on, the yellow cast is removed, and because the haze has been cut through, the image with the filter is a lot sharper. You’ll also find that colors not only pop that much more with the filter, they are far more accurate too. To say I was shocked with the results is an understatement.

There is absolutely no doubt in my mind that this light pollution filter from Irix does exactly what it is supposed to do. Once you have this screwed on to the front of your lens, any yellow color cast that is caused by sodium lamps is eliminated, and your image quality will actually improve because of this. While I did not get to try the filter out for astrophotography because of the current phase of the moon, I would recommend this filter to anyone who practices that genre of photography. If you cannot get far enough away from city lights, there is no doubt that this filter will help eliminate the yellow cast caused by bustling cities from your shots. The Milky Way will positively sing.

If you like to go out and shoot night shots in general, and night time cityscapes you will benefit greatly from this filter. I was simply amazed at just how much difference this filter made to my shots from in and around the city. It definitely highlights just how much of an effect city lights have on our images. I found that colors popped so much more, and they were far more accurate with the filter in place. Details in my images were also much clearer due to the reduced haze, and there is absolutely no decline in image quality. The Irix Edge Light Pollution Filter is a winner that will delight anyone who likes to shoot and capture the night sky, or their city when the sun goes down.

We award the Irix Edge Light Pollution Filter 5 out of 5 stars. It’s excellent build quality and it’s overall performance makes this a must have for night owls who love to take pictures. The filter is available in thread sizes 67mm, 72mm, 77mm, 82mm, and 95mm. Prices range from $73-$116 depending on thread size.