Our Favorite Lenses for the Fujifilm XT3 (and Why)

The Fujifilm XT3 is a fantastic camera and arguably our favorite XT series camera yet, but what lenses pair well with it?

When we begun testing the Fujifilm XT3, we didn’t know what to expect. We knew it was going to be better, but we didn’t know the image quality would be more film-like, and the autofocus and battery life would be better. We love the camera and genuinely feel like $1,399 is a great price. Granted, there are full frame options nearing that price point, but they don’t have the performance or number of native lenses currently available that the Fujifilm XT3 does. So we went through our Reviews Index to figure out some of the best lenses to get with this camera.

Who is the Fujifilm XT3 for? “Powerful you have become, the dark side I sense in you.”
– Yoda

The Yoda quote is what I’d honestly tell any photographer who has moved beyond what’s possible with their APS-C camera in regards to the Fujifilm XT3. In all transparency, the Fujifilm XT, XH and X Pro series of cameras don’t perform like APS-C cameras in most regards but instead like full frame options. They also have image quality (film simulations) that you can’t easily get from other manufacturers. The photographer who would do best with the Fujifilm XT3 needs a lightweight option that is weather sealed, ergonomically pleasing, and that can be a workhorse. This camera has improved battery life over its predecessor, improved autofocus, and more film-like image quality. Indeed, when I shot with this camera and the Classic Chrome setting, I got images that blew me away. I still own the Fujifilm XT2, and I haven’t upgraded because I honestly wish Fujifilm put image stabilization inside. To be fair, I’m incredibly steady and don’t need IS–but it’s nice to have for when I shoot video. As stated earlier, weather sealing also makes things really great.

But here’s a snippet of what we said in our Fujifilm XT3 review:

Our Favorite Lenses for the Fujifilm XT3 This list was compiled based on a number of parameters considering the feature set of the camera. So what we mostly considered was the who, what, when, where, how, and why in regards to the Fujifilm XT3. This is a smaller camera that is designed to feel like an old-timey SLR film camera that has been souped up with lots of electronics. It’s designed for the enthusiast in some ways but professional photographers have been creating jaw dropping work with XT cameras for years. Considering what it was designed to do performance-wise also factored into our lens choices. Further, we wanted to choose lenses that are all weather sealed. Though I own two non-weather sealed and two weather sealed lenses, this guide is for those of you who want the most from the camera. You could surely be afraid to use the Fujifilm XT3 in the rain, but if you have a weather sealed lens on it I can guarantee you that it’s going to shrug off the elements. Last, we wanted to keep the price points reasonable.

Why We’re Choosing All Prime Lenses

Now we’re going to explain very briefly why we chose all primes. I believe the Fujifilm system was designed for it. Fujifilm’s prime lenses have consistently put out image quality that wows me and their zoom lenses are too slow in my opinion. F2.8 zoom lenses make sense on full frame cameras, but I feel like with crop sensor cameras, there is a fundamental need for faster zoom lenses. If the Sigma 18-35mm f1.8 Art lens were natively available in Fujifilm X mount and had weather sealing, that would be the perfect lens for this camera without question. 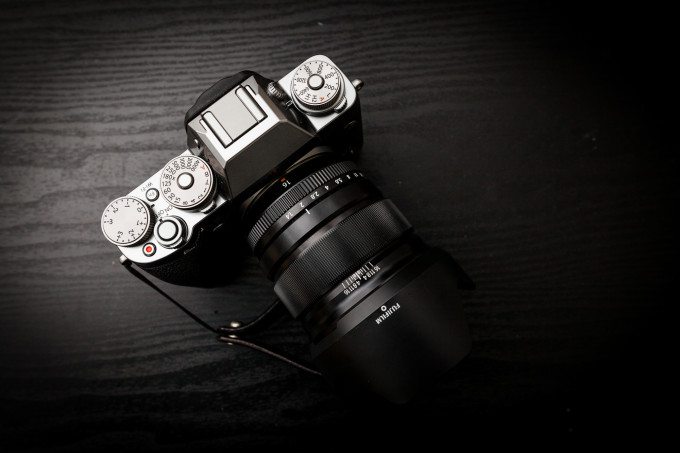 What’s it for?: The 16mm f1.4 is for the photographer who needs a near 24mm equivalent with a fast aperture. It’s wide, and so it will still act like a 16mm lens with little of the bokeh that you typically get from a 24mm f1.4 lens. But arguably, you’re not getting this lens for the bokeh.

Why get it?: Because the photographer who needs this lens is working on something that needs weather sealing, a fast aperture for light soaking abilities, and possibly some street or landscape work. What’s it for?: The 23mm f2 doesn’t have image quality that is as sharp as its f1.4 sibling, but it’s lighter, smaller, and has weather sealing. So this lens is for the photographer on a budget who doesn’t need an f1.4 aperture, and requires weather sealing.

Why get it?: Because it’s dirt cheap and performs like a lens twice the price. What’s it for?: The Samyang isn’t a weather sealed lens, but it’s f1.2 and super affordable. This is a great portrait lens to get your hands on.

Why get it?: Because again, it’s really cheap. What’s it for?: The Fujifilm 200mm f2 lens has a teleconverter that comes with it. If you’re shooting wildlife or sports, this lens produces image quality that, to this day, remains amongst my favorite options out there for the system.

Why get it?: Because you need to shoot sports, events, or wildlife.