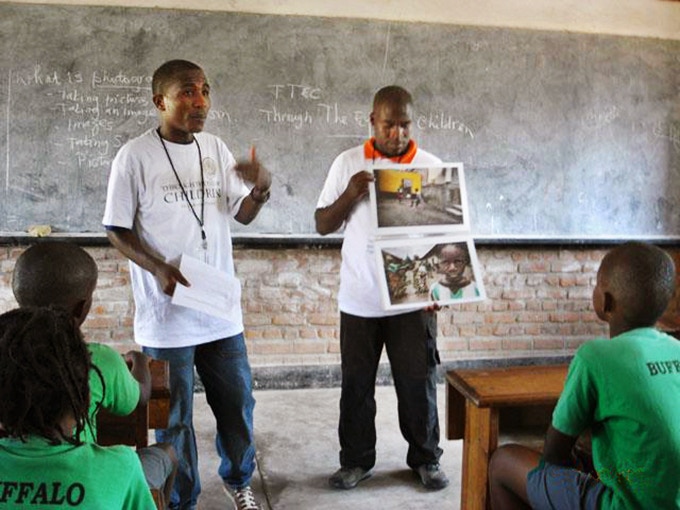 Be instrumental in empowering children around the world through photography by supporting the “Camera Kids” project on Kickstarter.

It’s one thing to teach children to take better pictures with whatever camera they have, and another to empower vulnerable children with it. This is exactly the mission of Through the Eyes of Children (TTEC), a non-profit organization founded in 2000. They soon began conducting the “Camera Kids” photography workshops for children orphaned by the 1994 Rwandan Genocide Against the Tutsi. Now, the organization wants to take their workshops to other vulnerable children around the world, and they need your support to make the next generation of Camera Kids happen.

The original Camera Kids began as a “pay it forward” program in 2011 and they shared their photography knowledge with the next generation of Rwandan children. TTEC has already done two workshops in the United States in July 2018, where they taught photography to Haitian Immigrant teenagers in New Jersey and foster children in Boston. Now, they’ve put up a Kickstarter campaign to help raise funds for the next photography workshops, which will be led by three of the original Camera Kids; Mussa Uwitonze, Gadi Habumugisha, and Jean Bizimana. These workshops will also be the subject of a documentary film by award-winning director Beth Murphy, and GroundTruth Films. The next Camera Kids workshops will be 4-7 days long and will be both fun and immersive for groups of 20 children at a time. TTEC has already established partnerships with organizations working with vulnerable children in the chosen locations, including Worldwide Orphans and The Home for Little Wanderers in the United States. Select photos from each workshop will be showcased on the Camera Kids Instagram account, as well as curated for photo exhibitions with the partner organizations.

If you have just one crowdfunding campaign to back today, you might want to consider pledging your support to the Camera Kids project. Check out the Kickstarter campaign to learn more about Through the Eyes of Children, back the project, and see the rewards you can get with your pledge.

Photos from the Kickstarter campaign by Through the Eyes of Children