We decided that we’d take a look at how the Canon EOS R, Nikon z7, and Sony a7r III all perform at ISO 6400 just for fun.

Since we’ve got all of them in right now, we wanted to know how the three current kings of full frame mirrorless perform when it comes to high ISO output. If you look around on the web, it generally seems like Sony is the best option all around for lenses, image quality, etc. Nikon arguably uses a Sony sensor but Canon is using their own sensor. For what it’s worth, Canon also has less megapixels and to that end doesn’t always render as much detail in the images. But in my testing, I’ve found it to be no real slouch at all. So one very cold night, I took the cameras out to the Williamsburg waterfront to see how they performed. I’ve been testing the three cameras for a long time and now own both the Canon EOS R and the Sony a7r III. Sony tends to be my workhorse while Canon is what I want to bring with me into the studio due to their lenses being unlike anything else out there. What I’ve seen in studio shoots is that Canon has almost all the same sharpness as Sony does with portraiture but doesn’t make me need to smooth out skin. It’s nice. But with high ISO output, I’ve found the output of Sony’s to be better personally. As it stands though, they’re both not bad. However, there are situations where I’ve seen some ugly noise at 1600 with the Canon EOS R when I was playing with review units. When my personal unit came in though, I didn’t see those issues.

For years, Canon’s high ISO output wasn’t really able to match Sony’s in my findings. But the EOS R? It’s a different beast.

For Nikon, I’ve found the results to also be pretty clean, almost indistinguishable from Sony. 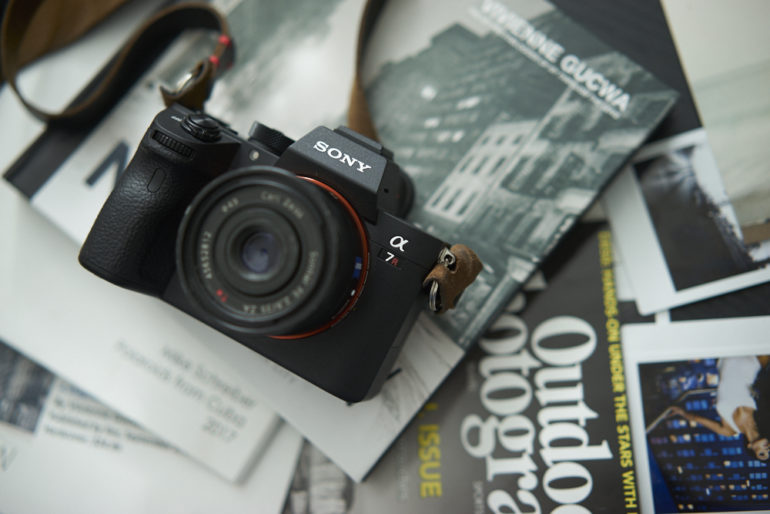 We put the cameras on a tripod, waited until the light was consistent, switched out the cameras to get as close as a shot as we possibly could, focused on the same area, and shot the images.

All images, to judge performance, were pushed one stop in Adobe Lightroom (Capture One does not support all the files as of this publishing). This test will be redone once Capture One Pro offers support for all three of the files. Typically, C1 does a significantly better job at processing noise and RAW files; it is our standard for testing cameras and lenses these days.

Our website doesn’t condone pixel peeping, but we’ve posted the images at 3,000 pixels on the long side so that you can take a closer look if you wish. Despite all this, when you look at the images as a whole, I’m 100% positive that folks wouldn’t be able to tell the difference between Canon, Nikon, or Sony. All three images have texture, or noise, when pushed one stop. Is it acceptable? Totally! All three images have good enough color, but both Sony and Nikon take the cake personally. I’ve been seeing issues when using third party DSLR lenses and color with the Canon EOS R. And if Canon’s own 35mm f1.4 was used (and I wish I had used it) then I’m pretty sure that I’d see better color in the same way that I do with the 50mm f1.2 RF L USM.

My thoughts? They’re all good when it comes to work on the web. It’s almost pointless for us to have this discussion. So why did I decide the create a whole post about it? A competing blog used a blog post (not even theirs) to make this into a giant issue. The truth? It isn’t when it comes to practical terms.

Go out there and shoot and stop spending so much time pickle peeping.