These Photos of Butterfly Wings Consist of 2,100 Merged Images Each 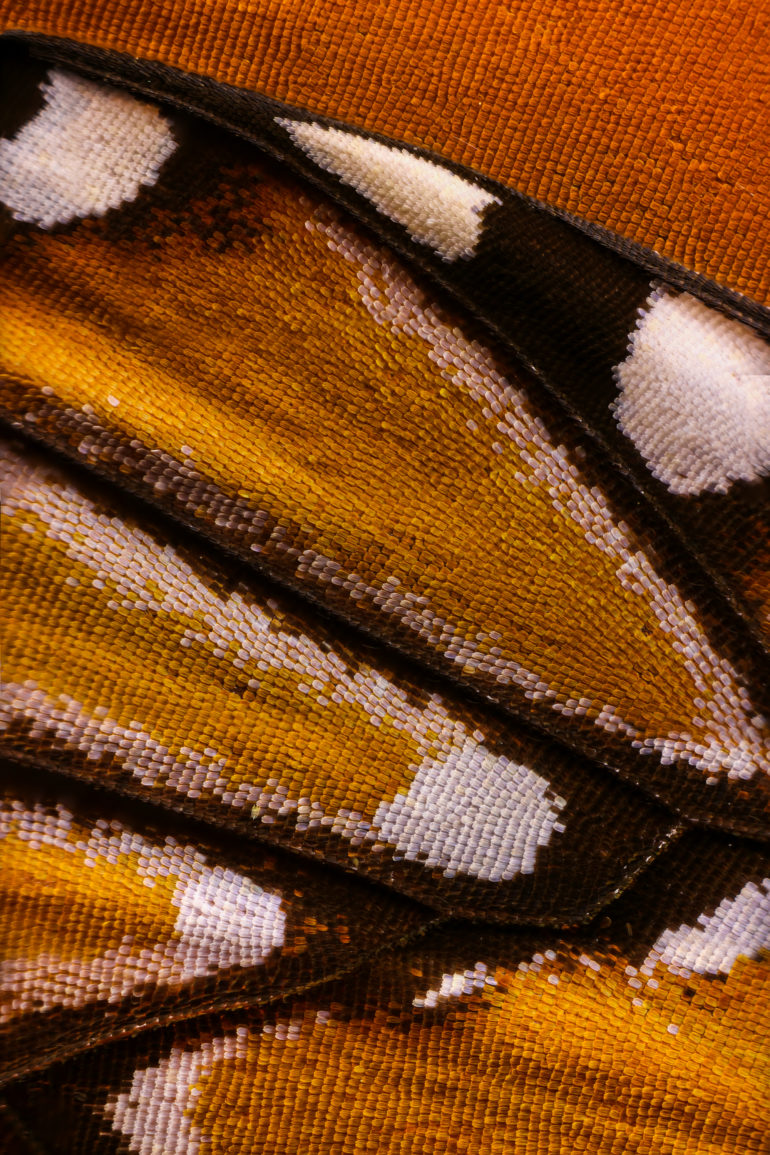 Chris Perani unravels the mind-blowing tapestry of textures that we can only find from extreme close-ups of butterfly wings.

If you think you got your macro photography game going, wait until you get it as strong as Chris Perani’s. In his incredible ongoing project, Butterfly Wings, he takes us to a stunning macro world brimming with exquisite detail unseen to the naked eye. This is macro photography taken to microscopic depths, and the way he creates these photos is in itself impressive.

But first, let’s dig deeper into his motivations for this body of work. According to Perani, he has long been interested in capturing images that cannot be seen with the naked eye, and began with some of the usual stuff macro photographers like experimenting with.

“I photographed water balloons popping, water drops colliding, and inks mixing in water. I was obsessed with the challenge of putting nature in motion and trying to capture the right moment to show something dynamic in a still image. From working with liquids it was natural to gravitate toward macro photography to explore these micro worlds in greater detail.” From this, he soon moved on to photographing insects, amazed by the beauty and complexity in such small creatures. First, he enjoyed the challenge of capturing moving insects in flight. However, he soon became frustrated with how limited the details were of their bodies in the captured images. It all changed with a visit to the San Francisco Academy of Science, where he saw a table full of microscopes and butterfly wings. As we can expect, he was finally able to see every detail in their wings, and it inspired him to take on the microscopic task needed for the Butterfly Wings project. Perani describes the process involved is as detailed as the results themselves:

“Each image consists of 2,100 separate exposures merged into a single photo. To photograph the butterflies I use either a 5x or 10x microscope objective attached to a 200mm lens. Since I am using a microscope objective, the depth of field is almost nonexistent. My camera is attached to a “Stack shot” rail which moves the camera no more than 3 microns per photo to achieve focus across the thickness of the subject, which can be up to 8 millimeters.  This yields about 350 separate exposures, each with a different sliver in focus, that must be composited and stacked together to create one single photo. The process is repeated around six times for different sections of the wing. Once all the pieces have been shot I build the photo much like a puzzle.”

Check out the rest of the photos so far for Butterfly Wings on Chris Perani’s website.

All images by Chris Perani. Used with permission.