A 50mm lens should be the first lens you get for your full frame camera, but we’re talking about APS-C sized sensors here.

Find out why the 50mm should be your second lens choice for APS-C cameras, which lenses you should consider, and some pro tips to get the most out of your purchase. Because a 50mm lens is acting more like a traditional portrait lens on a camera with an APS-C sized sensor, when you’re making headshots, stop down to around f4 if you want to be sure to get the eyes to ears in focus. Keep your subject about six feet from any object in the background if you want that to blur out. Also, consider that because your focal length of 50mm on a camera with an APS-C sensor is more like a slight telephoto lens, your working distance will increase. Therefore, you might find yourself backing up to a wall while shooting full body portraits indoors.

If you want to geek out on more portrait tips check out these articles.

A Quick Introduction to Backlighting Portraits Pro Tip: We recommend that you first communicate with the person you’re photographing to get insight on what they want. Some headshots are more corporate oriented while others are for comp cards, actor profiles, and dating websites.

When we hear the words “nifty fifty” the original Canon 50mm f1.8 comes to mind. It’s a classic lens for a classic focal length. Canon updated that winning formula with the STM version. The Canon 50mm f1.8 STM has sharper optics and silent focusing; a winning combo for stills or video.

“Of all the cheap 50mm lenses made, Canon’s nifty 50 has always reigned supreme as the niftiest thanks to both image quality and affordability. Very recently, however, the company chose to update its formula for the lens. The Canon 50mm f1.8 STM is a lens that, like its predecessors, is still priced rather affordably and also performs very well for the price point. In every single way, this lens is a step up and improvement from the previous version and with that in mind, it will surely serve a new generation of budding photographers very well.” — Read Our Full Review Want a solid, weather sealed, portrait lens with fast AF and superb image quality on the Fuji’s X system? You need the Fujifilm XF 50mm f2 R WR. This is a small lens so you can take it with you everywhere. What’s more, it’s AF is smooth and silent; perfect for video.

Get the Fujifilm XF 50mm f2 R WR on Amazon

In our official review we had the following to say about the XF 50mm f2:

“What’s there to say about the Fujifilm 50mm f2 R WR? Well, it’s an interesting choice for sure. I personally would have liked a 56mm option to be a proper portrait lens, but the 50mm gives a bit more versatility. It’s a great lens for street photography for sure if you’re looking to give a bit more distance to you and your subject. For that reason, I really recommend it for street photographers and street portraiture.” — Read Our Full Review 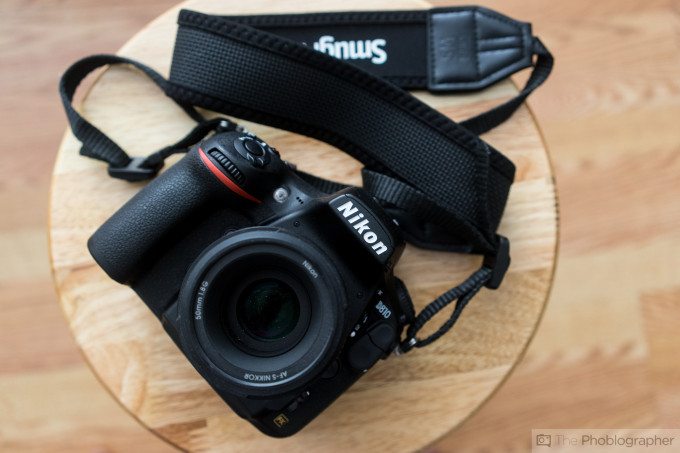 If there’s one thing Nikon does very well it’s making lenses. The Nikon 50mm f1.8 G is a budget friendly lens with pro performance. If you have a Nikon DSLR and don’t have the Nikon 50mm f1.8 G, stop reading this and buy one now.

“Easy to use overall; this lens is very nice. Feature wise the Nikon 50mm 1.8G does not need much. Thankfully, the changes in this lens were also not just cosmetic. This lens has been given more utility for DSLRs than its predecessor. It can be used on all FX and DX Nikon cameras. While it’s slightly more expensive than its predecessor, it is worth the cost. It’s such a nice lens. It’s a lens that will never let you down.” — Read Our Full Review Here Get the Rokinon/Samyang 50mm f1.2 on Amazon

In our official review we said:

“This lens is razor sharp, has a decent build quality, a very smooth focusing ring, gorgeous bokeh and a fantastic price attached to it. If you’re an APS-C camera user, then you’ll be hard-pressed to find something better for portraits, but get ready to scale back a bit on post-production.” — Read our Full Review In the beginning, one could argue that Sony didn’t have the goods, lens-wise, to match Canon and Nikon. While some could hold onto that argument, lenses like the Sony FE 50mm f1.8 are closing that small gap quickly. Got a Sony mirrorless, but you want to take a vacation and have a lens? The Sony FE 50mm f1.8 is for you.

“Generally speaking in terms of nifty 50 lenses, you can’t really get much better here. Sony’s 50mm f1.8 is right up there with the Canon 50mm f1.8 in terms of image quality. It’s got great color output, is very sharp, very little chromatic aberration (and even then you’ve really got to look for it) and bokeh that isn’t bad overall.