With the new announcement of the Sony RX100 VI, there comes with it a number of great technologies but also a number of tradeoffs. Before I go on, I should state that I’ve spent a few minutes with the new camera and that I will get to play with it more later on. But right off the bat, I’ve got a number of theories. The lens in the new Sony RX100 VI is slower than the previous iterations; where they’ve started at f1.8 with a 1 inch sensor the camera now has a maximum aperture of f2.8 with the new 24-200mm equivalent lens. This isn’t a constant aperture either; it goes from f2.8 to f4. Bokeh lovers may not appreciate this.

Additionally, the newer, slower lens perhaps also aids with the improved algorithms for autofocus. F2.8 allows subjects to be more in focus than f1.8. However, Sony must be commended for some of the improvements that they showed the press. A video was shot using their Eye AF tracking a subject turning around. This is honestly the best that I’ve seen but that’s partially because of the 1 inch sensor and, again, the f2.8 lens. 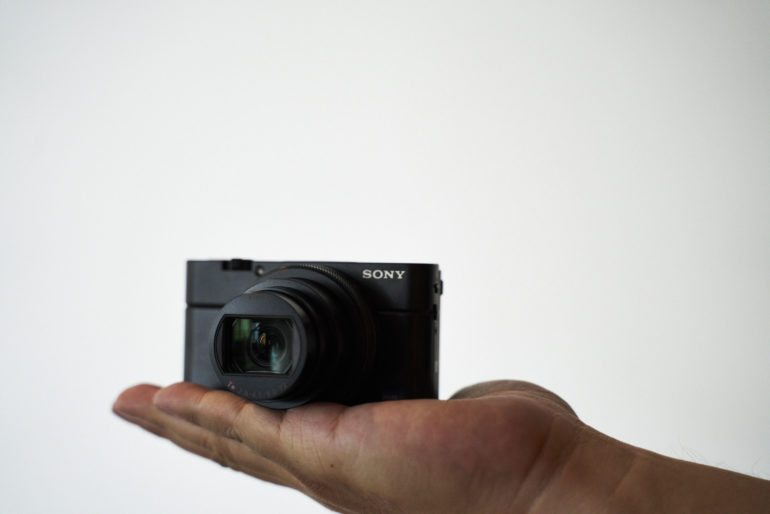 At 24mm there is more than a stop of light that is being lost and also less bokeh accordingly. For what it’s worth though, I wonder how much people will really pay attention to this.

Where I think that f2.8 makes more sense though is for applications like street photography and travel. There is almost never a good reason to stop the lens down. In practical applications, this lets you just shoot and let the ISO go wherever it needs to. That’s really nice when it comes to the ease of use.

Sony is also partially targeting the camera to enthusiasts and professionals. With a $1,200 price point, that makes sense. But what I’m also wondering about is why Sony hasn’t chosen to add official weather sealing at least in some way.

Paul and I are playing with the camera more in a few hours. We’re going to have full first impressions soon.