Instagram Does a Little Mythbusting on Their Algorithmic Feed

Have you been curious about how Instagram’s algorithm decides who sees your posts? Us too!

If you are an avid Instagrammer (as you should be if you are trying to promote your photography on social media), then you have probably been wondering about your reach since Instagram switched to the algorithmic feed from the chronological one. The problem with an algorithm is that it decides what you see, but for something that has so much control over how you interact with the service, relatively little is known about how the algorithm works. Well, Instagram recently had a bunch of press out to their new Headquarters to shed a little light on the algorithm and how it decides what to show users when they open up their IG apps.

According to Instagram, there are three primary factors that it considers when a user opens their feed and is ready to view content on IG; interest, timelines, and relationship. Basically, the algorithm guesses how much interest you will have on a post, with more recent posts having more weight, and posts from accounts that you interact with often being given even more preferential treatment. This is why it is important to like/comment on posts from creators that you like and want to support, this is how the algorithm determines the content that you like, and what it will try to show you more of. (It’s also why when you interact a lot with a certain friend suddenly you find a lot of their posts in your feed for the next few days.) 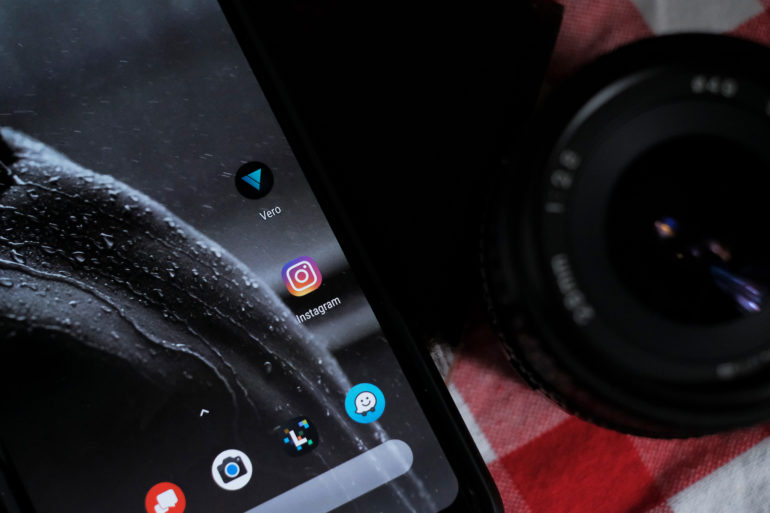 Following those three main criteria Instagram further curates a users feed based on how often they use Instagram (the more often they use it, the more often the algorithm has to shuffle up their feed), how many people they are following (the more people they are following, the more content the algorithm has to sift through to find posts to populate that users feed), and how long they are usually using the app. (If you are usually on IG for 15 minutes per session the algorithm tries to find enough content to fill that timeframe for you.)

So, this is how Instagram is determining what your followers are being shown. If they are following thousands of people then your posts are always in competition with the thousands of people they are following. But if you can routinely produce content that gets your users to like and comment on your posts then you can ‘hack’ the algorithm by giving your posts more weight on that specific user’s feed. This, of course, is easier said than done – but you have the knowledge now to know what you need to do.

Instagram also spent some time not just educating reporters on how the algorithm works; they also took a bit of time to dispel some of the many myths surrounding it. Probably most notably, Shadow banning, which Instagram says is a conspiracy theory with no basis in fact. Instagram does not hide a users content because of the hashtags they used or other actions they have taken on the social network. This doesn’t surprise me at all; it is easy to blame things on some scary buzzword like being ‘Shadow banned’ when your IG strategy doesn’t work out as you planned, but as the company says it’s not real… so you have my permission to roll your eyes the next time someone complains about being shadowbanned.

Among the other myths busted by IG was the idea that they give more weight to Personal accounts vs Business accounts (so no, there is no benefit – in terms of reach at least – to switching to a business account or staying with a personal account), and that posting too much can cause your posts to be hidden. IG says that is also a myth.

This is interesting. So in theory, if a user had enough time (or enough time and followed a smaller number of accounts) they would be shown all of the posts by all of the accounts that they follow. Nothing would be hidden or not shown; its just a matter of when the users will see a given post in their feed, as determined by the algorithm using the criteria mentioned above.

So, there you have it. Are you feeling more or less confident in your IG strategy now that some of these myths have been busted?