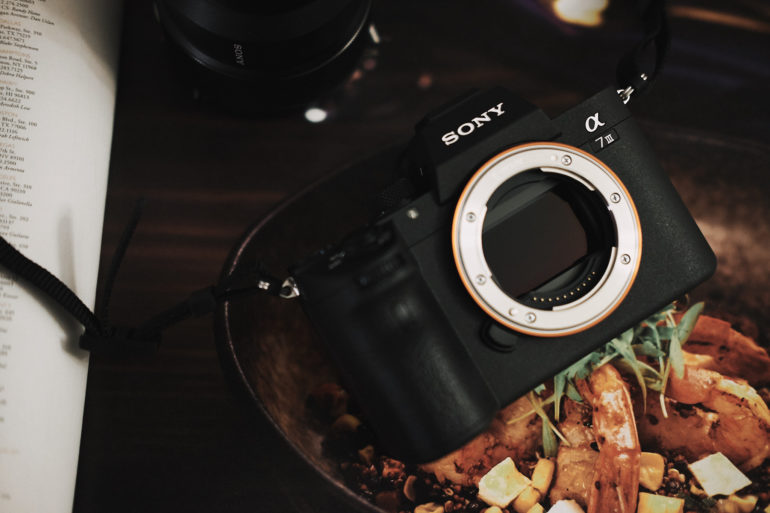 Sony says they are setting a new bar for the ‘basic’ full frame camera with today’s A7 III announcement at WPPI in Las Vegas.

We were somewhat surprised when Sony launched their A7R III back at PPE, mainly because Sony had traditionally announced the standard A7 model before the S and R models. But if you have ever heard the saying ‘good things come to those who wait,’ you will be a very happy camper with today’s A7 III announcement, which shows that Sony isn’t resting on their laurels. It’s also a warning shot to any potential future full frame mirror less competitors: they have some big shoes to fill if they plan to challenge the Sony E Mount lineup at all.

We are here in Vegas covering the launch of the A7 III. Since we have had our hands on the camera, and were allowed to take some shots, we are coming to you here with our (very) initial thoughts on the Sony A7 III. Let’s jump right on in… Sony A7 III specs are taken from the official page over on Sony’s website. As far as the design and ergonomics of the camera go, the Sony A7 III maintains that overall look the rest of the A7 series has had since the A7 II was announced. However, in this case, it takes more after the A7R III in appearance, thanks to the addition of new features on the back like the AF joystick.

The top of the camera features the usual suspects for an A7 body: a hotshoe, exposure compensation dial, two custom function buttons, mode dial, and the shutter/power button combo. The back of the camera is featuring the usual array of Sony buttons, though (as noted above) this time adopting the A7R III configuration with the addition of the AF joystick, and articulating touchscreen.

The front, left, right, and bottom of the A7 III are all identical to that of the A7R III, with the inclusion of dual SD card slots, USB Type C, and Sony’s higher capacity Z type batteries. Some have called this a ‘Baby A9’ which in many ways it is. However, what you could really call this is an A7R III with the sensor and processor swapped out. In terms of the build quality, let’s just say that it is not a concern of ours at all with this camera. Though it should definitely be highlighted that the A7 III features weather sealing, which is a really nice addition to the basic A7 model absent from the A7 II. This will be one of the features that help this camera be one that more professionals consider, thanks to its rugged design and the build quality. The Sony A7 III much like the A7R III before it features the same AF system as the A9. This means that you can expect to get some really great AF performance out of the A7 III. In fact, Sony is claiming that it is at least twice as fast as the previous A7 II – a really nice upgrade for those who are buying into that baseline FE Mount camera.

We have had limited options to really push and test out the AF with so far, but we did get some opportunity at the launch event. We certainly need more time to formulate our full thoughts, but in our experience so far the AF is incredibly accurate, tracks excellently, and thanks to the same Eye-AF technology in the A7R III – this looks to be a really great camera for AF (not just the great mirrorless camera for AF). Here are some of the first images that we were able to capture with the Sony A7 III. We can not process RAW files just yet, but these straight out of the camera jpegs should give you a great idea of what this camera is capable of. Let’s get into our overall initial impressions after our hands-on time with the A7 III here with Sony at WPPI. Let’s just say that this is probably the best bang for your buck, full frame camera on the market right now (in terms of current generation cameras). Coming in at just shy of $2,000, the A7 III fights above its weight class in virtually every metric we measure cameras by. The AF is excellent, it has two UHS-II SD cards, all day battery life; and that’s not even mentioning the 4K video, weather sealing, USB-C, and other little things that really set this apart from the other ‘budget’ full frame options on the market right now.

When Sony first said they were going to redefine the basic full frame camera we were thinking they may go nuts and price this thing at $1.500, but to be honest they didn’t need to do that, even at $2.000 the A7 III is a steal and is easily a match to the other ‘entry level’ full frame cameras out there. We will be playing with the A7 III here in Vegas for the rest of the week, so stay tuned for our full review!