Unsurprisingly, Canon Has Retained Its Spot at #1 in 2017

Many were wondering if this would be the year, the year that Canon slips from the #2 spot in Full Frame and APS-C camera sales in the USA, and it has been shown that in fact, no, it would be not this year. Canon announced today the company, despite growing photographer frustration with their unwillingness to innovate and push forward in the space, they were yet again the number one seller of Full Frame and APS-C cameras in North America.

You can find the full press release about this below, but clearly it was a response – in part, at least – to that Nikon announcement a few weeks back indicating that they had the #1 spot in full frame sales over the Holiday season in 2017. Some of that insane operating income increase could come from the fact that Fujifilm’s GFX-50S is an incredibly expensive camera, so all sales of that are a bit boost to financial numbers. But as well, both the Fujifilm X-T20 (Read our Review) and the X-E3 (Read our Review) are the more affordable brothers and sisters to the professional focused X-T2 and X-Pro2. They offer very similar performance to their ‘professional’ siblings at close to half the cost.

This also isn’t a secret, so it would make sense that people who don’t need the extra professional focused features would be more inclined to buy the cheaper alternatives, like the X-T20 and X-E3. They offer a great bang for the buck and so it would be logical that they are selling well. Besides just the popularity of the GFX, X-T20, and X-E3, Fujifilm also credited continued strong sales from the Instax lineup for some of the increase. 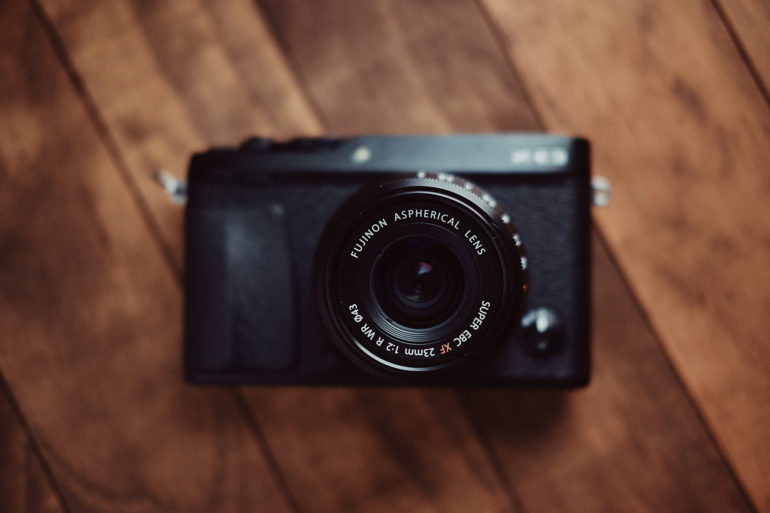 However, on financial reports, increases of 70+% are not commonplace, so it is really notable that Fujifilm is able to post such impressive gains. It will be interesting to see how this affects their product schedule in the Imaging Solutions market here in 2018 and beyond.