All images by Michael Streckbein. Used with Creative Commons Permission.

The gloom of cities at night becomes even more ominous when fog comes to envelope the surroundings. Yet for some photographers, the drama of this combination is something too beautiful to pass up. If capturing this scene is something that you have on your street photography bucket list, you’ll certainly find this series by Michael Streckbein nothing short of inspirational.

Cologne-based Michael joins our roster of camera-wielding nightcrawlers who have a penchant for documenting the different faces of cities at night. For his ongoing series aptly titled NIGHTLAND, he prowls his city on foggy nights while the rest sleeps. However, instead of showing the nighttime alter-ego of bustling cities like Hamburg-based Mark Broyer, Michael roams empty railroads, sleepy railway stations, and perhaps even construction sites to create his own vision of a moody urban landscape. “It was a dark and stormy night,” as many tales of mystery begin, but Michael’s nighttime adventures are set during misty evenings that are still just as enigmatic. I can imagine him getting excited though when the fog creeps in, softening the street and station lights and bathing the location with an eerie glow. The result is a beautiful visual ode to the “otherworldly night of industrial silence.”

Now on its second leg, NIGHTLAND is one of those moody street photography narratives that you look forward to seeing more of. Despite the lack of human subjects or activity, the combination of ethereal colors, soft light, and nighttime drama effectively draw the eyes and play on the imagination of viewers. The beauty of this approach to nighttime street photography also lies in its cinematic feel that each shot is almost like a still from a sci-fi-horror flick. 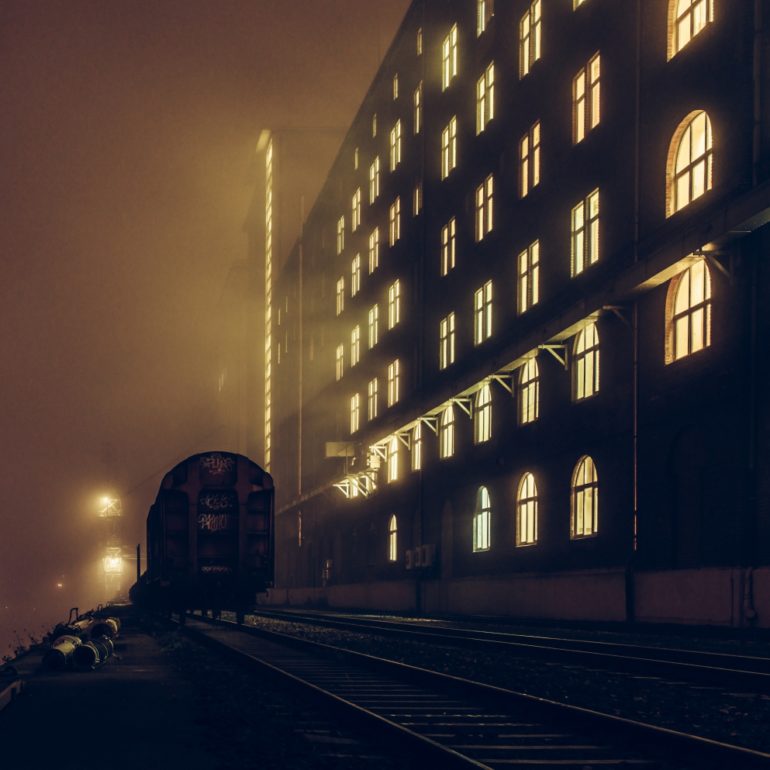 If you found these snaps interesting, visit Michael Streckbein’s Behance profile to see Nightland and Nightland II, as well as his other outstanding works.