The reason for this article has a bit to do with organizing and managing your photo library in addition to a reader request on how to exactly do something like this. Indeed, organizing your photo library has always been a pain and the only way to fix the problem is to have good practices to begin with. If you don’t have these then the long term goals are more or less pointless. I mean, how many images can you have names DMC_94749395? Or CR25853405534? Those don’t help you. Over the years there have been attempts to help organize your library by having programs and algorithms look at images and tell what they are. This is perhaps most popular with people. As most of the readers of this website do so from an iOS device, you’ll notice in your photo library that the system tends to find the faces of people and drops them into different albums accordingly not only based on their faces but also by location, time, etc.

Those systems can help a bit, but you’re still generally better off using and finding your own images. So first off, we observe the content of what the article actually is. Considering that we have a library of thousands of photos, we’ve got a lot that we can pull from for news articles, features, tutorials, etc. For example, today I shared this older post with a bunch of friends on Facebook. So that means that I need to figure out the answer to a number of questions. Some of those are:

Does the latter sound pretty insane? It isn’t. In the case of staffers, everyone who writes for the Phoblographer on a normal basis signs agreements with my company. But if I’m using the images of folks who are closely related to the Phoblographer or have a fantastic relationship with us, they usually won’t mind and in some cases I’ll ask for permission. However, I’m generally known for asking for too much permission to the point where photographers will just give me a blanketed OK statement; this is despite a few claims that we steal images. To put that claim to rest, I’ve spent nearly all of my 20s building the Phoblographer and I’m 30 now. Why would I throw away nearly 1/3rd of my life’s work with an issue that can easily be avoided?

Here’s an example of what I’m talking about. There is no way that I’d be able to spend all that much time getting the permission from all those photographers that we featured. But at the same time, we’ve interviewed them all and have good standing relationships with them. We attribute and cite every photographer there. They’re going to be completely fine with us using their photos considering that we’ve had the permission before and the article is in part about them.

This isn’t theft, it’s recycling because we already have permission to use the images. So in a case like this, all that I need to do is look for the interviews that we did with those photographers and pull the image from our database. That’s simple enough in most cases, but Phoblographer staffers work on a significantly more streamlined process.

The Phoblographer’s Standards for Images 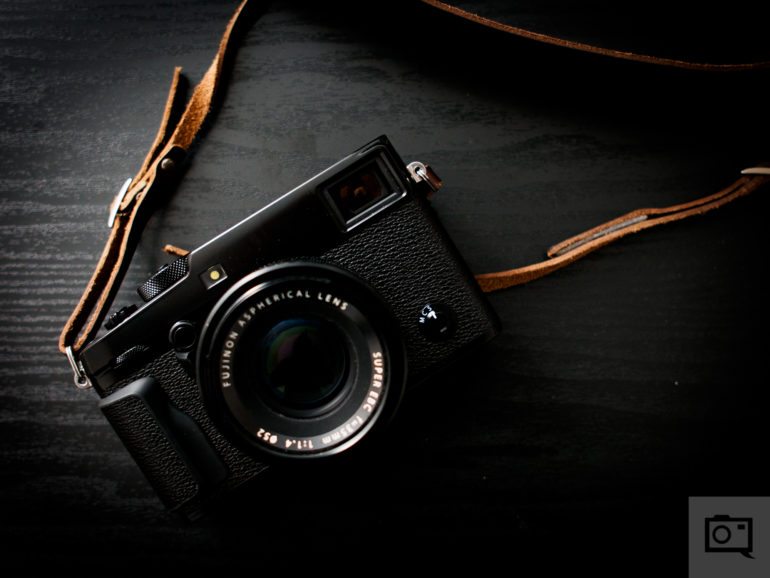 Thankfully, Lightroom and Capture One more or less make editing image names simple. Lightroom is better at it, and I genuinely wish that Capture One adopted all of Adobe’s methods when it comes to applying things like watermarks, embedding EXIF data, etc. It’s one of the few things that irks me about Capture One.

Considering that these programs make things so simple, we’ve got standards for imaging naming that I’ve put into place from the start. Essentially, you’ll need to put your name, The Phoblographer, and what the image set is. For example: Chris Gampat The Phoblographer Fujifilm X Pro 2 review high ISO samples (#s).jpg.

So what is this telling us:

From there, we can figure out a number of things. Let’s say we’re doing a round up feature where the X Pro 2 is involved, we can now look up both image samples and product images just by typing that into our media library.

It’s All in the Naming

Obviously, it’s all in the naming in some way or another. So you can easily apply this to your own needs. For example, when I did my Secret Order of the Slice project, I applied a number of the same conventions. The images had my name, the name of the project, whether or not the images were web ready or print ready, the number, and perhaps the person’s name in some instances. It’s pretty straight forward.

Memory, The Further Steps and My Personal Hard Drives So in the instances these these conventions don’t work in our media library, we come back to common sense. For example, I like to ask myself sometimes about what images could work for a story. For example, I’m working on a series called the Re-Edit where I go back and I re-edit older photos of mine to make them better since I’m a better photographer now. In one particular case, I went back to edit images of Grace. Those images, I knew were shot for my Zeiss 85mm f1.4 Otus lens review. So that would be in the naming convention. But then sometimes other things happen where Apple Finder can’t locate those photos. However, my folders are all pretty nested. In this situation, I searched for our review and located when it was published. Using that information I knew that the images needed to have been made around that date.

See how nested this all is? So if I want to look for images of the Williamsburg waterfront when it was snowy, I just need to remember that shoot. And in that case, I easily pull the images up. In the case of the image for this section, all I needed to remember is that I was shooting with the Sigma 12-24mm f4 lens. So I searched for that in our media library and it popped up.

Try applying this level of dedication to your hard drives and organization. You can also add things like keywords, captions and such, but I generally don’t NEED to do that stuff.