When it comes to a lot of photography, 35mm has been the standard for many years. In cinema, Super 35mm has been–and it’s around the size of APS-C digital. But what about larger formats? In photography, we’ve got 120 film and in cinema there’s IMAX. IMAX is considered large format in cinema and arguably it’s really beautiful. IMAX film is rated to be around 70mm in size; visually it’s really 65mm and 5mm are used for audio. 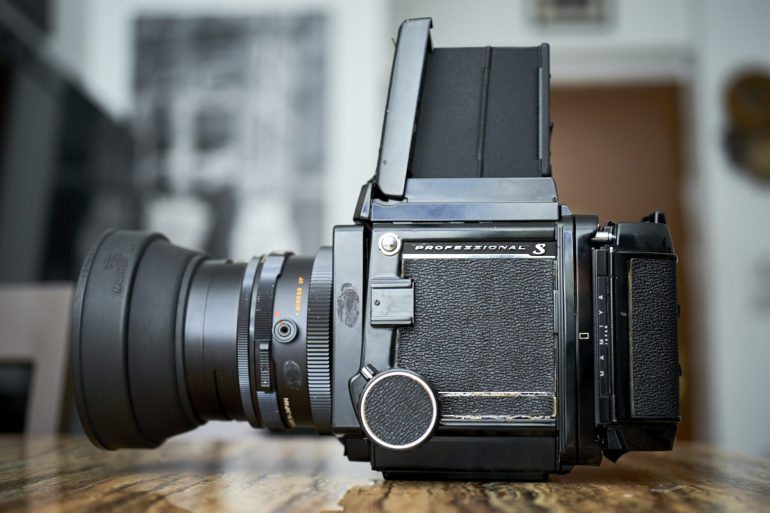 First off, what you should know is that we’re obviously not the first ones to think about this. For years, photographers shot with 70mm film with cameras designed to shoot 120 film using special camera backs.

Oddly enough, the film sizes were more or less the same. According to a Wikipedia entry:

For some professional medium-format cameras, those used in school portraiture for example, long-roll film magazines were available. Most of these accommodated rolls of film that were 100 ft (30.5 m) long and 70 mm wide, sometimes with perforations, sometimes without. Some cameras, such as the Hasselblad, could be equipped with film magazines holding 15 foot rolls of double perforated 70mm film passed between two cassettes. 70 mm was a standard roll film width for many decades, last used as late as the 1960s for 116 and 616 size roll films. It was also used for aerial photo-mapping, and it is still used by large format cinema systems such as IMAX.

That is all well and good, but then you start to look at graphs. While IMAX 70mm is larger on one end, 120 film is larger on the other end depending on the format you’re working with. For the photographers out there who don’t understand how 120 film works, you have a single roll of film. The film is a massive piece and it’s split up to be shot into various formats. 645 is the smallest and 6×9 is the largest conventional size. You can go bigger, but most photographers don’t.