For many of you enamored by the arguments of Fujifilm or Sony, megapixels, dynamic range, and more, you probably didn’t care about a very big announcement from Fujifilm years ago. Today (November 14th) is the three year anniversary since the film was discontinued. This was the last peel-apart instant film available on the market in black and white. Today, it’s still available but it isn’t being manufactured any more.

When this announcement was made, the analog photography world wept. Many photographers loved the look of the film. For working, medium format camera-toting professional photographers of yore, they mostly used the film for getting a preview of what they were going to shoot beforehand. For this reason, lots of cameras used the film with what’s called a Polaroid back. You’d load a pack into the back, attach the back to the camera, take out the dark slide, expose an image, and then pull a tab, then the actual image out. The rollers would burst the emulsion and distribute it through the image, providing they were totally clean.

The black and white emulsions developed far quicker than the color emulsions did. Sometimes, it would take only a matter of seconds. But no matter what, every photographer was always surprised at least a bit though it was fairly simple to make a prediction of what it would look like. The film didn’t hold highlights well and was fairly balanced in its contrast. So you had to be very careful with the use of ND filters, specific lighting, etc. The whole moment of excitement of pulling the photo and simultaneously starting a stopwatch, reading the development times and figuring out when to peel the film apart, waiting for the image to pop up, then you pull it and a moment of glee and excitement comes. Or sometimes, you were presented with a moment of absolute heartbreak.

This was coupled with the fact that photographers had to put a bigger emphasis on getting it right in-camera to begin with. There were very few second chances. You had to sit there, be careful, take the time to make sure something worked, think through it thoroughly, and then proceed. It wasn’t any of this “shoot-chimp-adjust-repeat” business that yields you hundreds of photos that you won’t use. It was a true art and science finding a middle point to balance out a creative vision and the laws of physics. 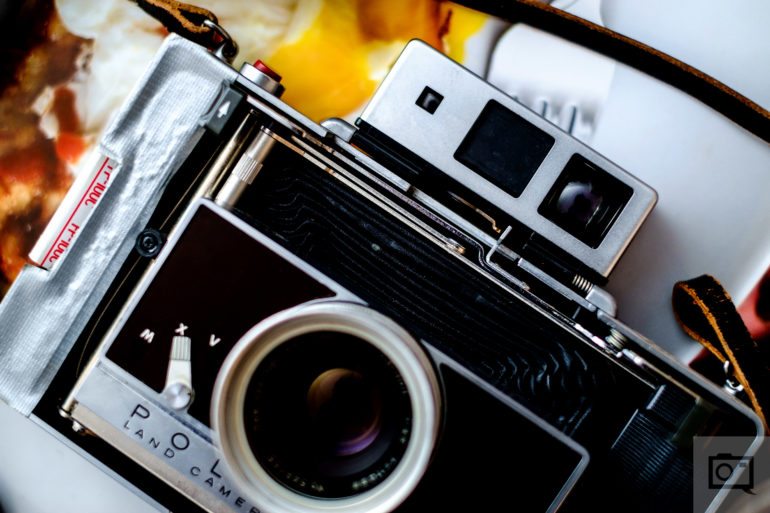 To preserve this film, you needed to place it in the fridge. You see, film has organic components to it that need to stay chilled like anything else that’s organic. It had an expiration date like everything else. Then you’d need it to thaw out. If the film didn’t thaw or it was too cold, then the chemicals wouldn’t distribute and you’d get an empty photo and therefore a wasted shot.

When medium format film took a backseat to 35mm full frame digital, the film became more of a novelty for its creative use. Arguably, it was the best black and white instant film emulsion of the past decade (though you could also make an argument for the 100 ISO version). Its replacements? The Impossible Project has a black and white film that turns sepia after a few weeks and Fujifilm just released Instax Mini Monochrome. However, we have yet to see a wide version. The wide version of the film would be the near equivalent of a 6×9 photo–and that would be incredible for many photographers if we got better cameras down the line.

While today is in some ways a sad memorial of the film, we should also remember just how the analog world has progressed. Fujifilm Instax cameras and film blew away the sales of everything digital last holiday season. The Brothers Wright have taken CineStill to the next level with medium format and large format photography. Galaxy has launched successfully funded Kickstarter campaigns for positive medium format and large format paper. Plans are being made to actually create new peel apart film in the same formats we knew and loved. Lomography continues to push ahead with their own Instax cameras (arguably some of the best out there) and along with Lensbaby, create some really cool lenses with looks that you can’t get anywhere else. Mint Camera has created the first true aperture priority Instax mini TLR.

Yes, the digital photography world is moving ahead; but I don’t think any photographer can sit there and deny the fact that it isn’t very stable and there is way more disruption than anyone has seen before. For starters, Apple is trying to kill the DSLR. With all this said though, it absolutely proves that the industry isn’t dead at all. If anything, it’s more alive than it ever was. But it’s severely fragmented.

And analog: it’s still moving ahead.