How to Photograph Cosplayers at Comic Con Photographing cosplayers at Comic Con and other conventions leans two different ways: capturing people on the floor and then trying to create images that stand out from all the rest. Most photographers that take pride in their portraits often try to do something that looks good off the main floor where everyone else is. The great thing about comic con is that pretty much everyone is alright with you taking their picture. It’s even better when you ask someone–let alone less creepy!

With NYCC going on at the time of publishing this piece, here are some tips. One of the things that I tell every photographer is that pretty much every camera and lens these days takes great photos. What really matters instead is your lighting. I strongly recommend off-camera flashes and either an umbrella or a softbox. Some of my favorites over the years:

Scout Around and Set Up a Spot Around the Floor Most convention goers will walk around the floor and take pictures as they go. I strongly recommend finding an area with a neutral background that is still trafficked. Maybe around the lunch area will work well. The neutral background will give off the effect of a studio setup and work well to put more emphasis on the costume.

As People Come By, Ask for a Photo As people are coming by, simply ask them for their photo. Lots of people (women in particular) feel creeped out when there is no interaction of any sort between a photographer and a person. So instead, ask the person. It’s really easy. 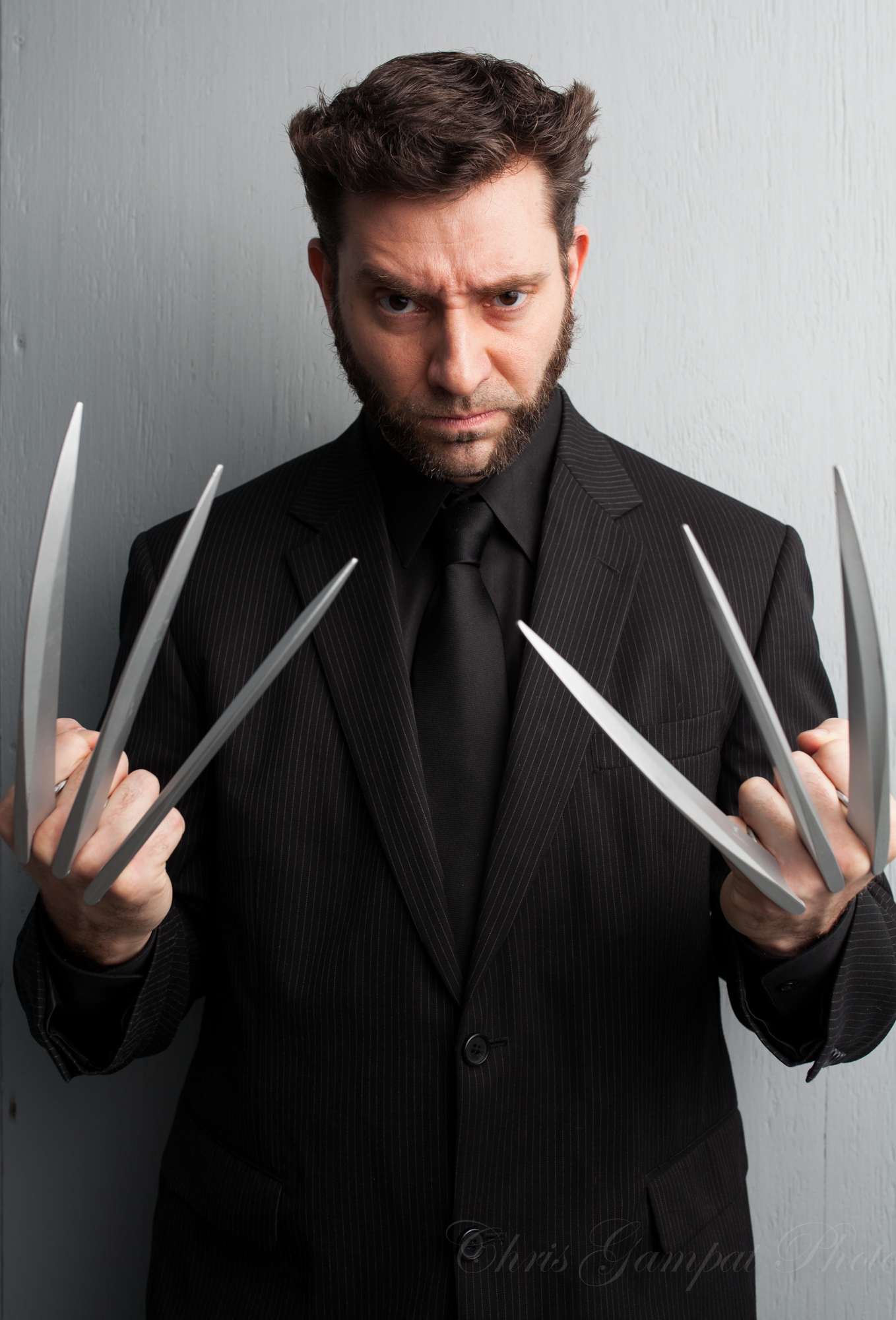 Here’s how my conversations have gone: Typically, posing is pretty simple. All famous comic characters have very token and signature poses–just do those!

After the shoot, give them a card, thank them, and maybe have a short chat with them. But be friendly. Though I really, really don’t go to Comic Con anymore due to a busy schedule, I’ve developed professional and friendly relationships with people that I’ve shot before. Some will ask me to come by just to shoot them. Typically what I do these days is go off-site somewhere else and shoot.

The same methods and ideas apply, but we just shoot in a different way and have more creative freedom with the area.