Lighting Basics: How to Light Portraits with an Umbrella

As my portraiture has evolved over the years, the mainstay of my kit remains to be large umbrellas. The light modifiers are incredibly adaptable, give off a beautiful look, and are very portable in addition to being useful for creative applications. Umbrellas are so versatile that they’re used be a variety of photographers: fashion, wedding, studio portrait, food, etc. After softboxes, they’re probably the ones with the most versatility and popularity overall.

Part of their popularity has to do with how they work and just how effective they can be at delivering a variety of looks. Before we get really deep into umbrellas, you should now the three major variations.

The above image is one of my favorites, and demonstrates the great use of an umbrella. Of course, it also helps that Kodak Portra in medium format varieties is pretty amazing.

Generally speaking, both white interior and silver interior umbrellas can have their light output softened with a diffusion sock. This makes the light operate a bit more like a softbox does.

How Does an Umbrella Work Umbrellas in general are highly regarded for doing one thing very well: taking light and making it soft and inefficient/not directional. With the exception of softness, it’s the opposite of what a softbox does. While a softbox focuses light in a very centered area, an umbrella spreads it out. The center typically has the brightest light output. As you move towards the sides, the light output becomes weaker because it’s further from the source–which is typically placed at the center. So essentially, to get a different look out of an umbrella, you simply move it back and forth or turn it to the side. 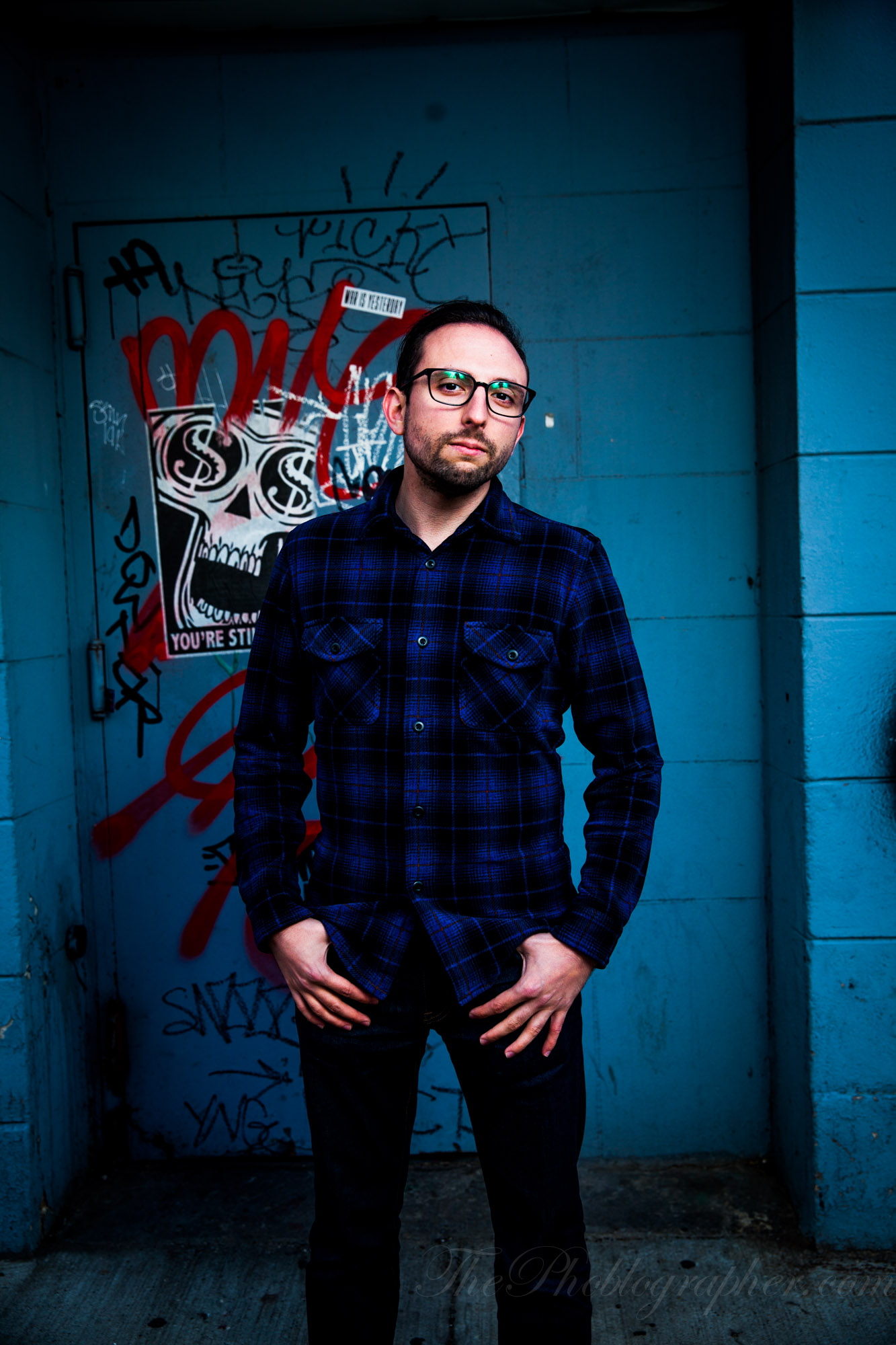 Pro Tip: When shooting portraits, try not to cut the subject off at the joints. Always go in between them.

Even further, they’ve got what’s called a wrap around lighting look. Essentially it wraps around the subject in light–which is demonstrated in the image above. See how it’s very bright towards the center and then falls off towards the edges? What it was able to do though is create lots of details and light to emphasize the subject in the middle.

This light typically creates some very beautiful shadows that are otherwise difficult to create with a softbox. I don’t use umbrellas as much anymore simply because the jobs I do don’t typically call for them. But they’re still my #1 favorite light modifiers because of how much they seem to step up the entire lighting game in the scene.

To show off some more of that light falloff look, I’ve gone into our archives and I’ve pulled loads of images that I’ve shot at New York Comic Con. Take note of how strong the light is at one point and goes to fall off and become weaker towards the edges.

The light is camera right in all the images.Check them out below. Depending on the person’s posture, sometimes it works to bring the lower shoulder forward a great deal and place the hand of the arm connected to said shoulder on the hip. This all depends on wardrobe. Typically what I really recommend is using large umbrellas. Six and seven foot umbrellas from Westcott are reliable and affordable. They’ll spread light out over a larger area and because of their size you’ll be able to get a variety of looks from them. The image above you can tell was lit with a monolight and an umbrella from camera right. The light is specular and wraps around Julie very well to illuminate her. To get this quality of wrap around light, you’d need to otherwise have a significantly larger softbox. But the Umbrella takes the light and wraps it around to create a similar effect. Umbrellas tend to come in two shapes, though how true or not they are to the nomenclature is very debatable.

Now here’s what I really love about umbrellas: how good they are at delivering different looks. In the photo above, the light was centered on Bec. But in this photo, the light and umbrella was feathered off. Notice how more of the output is more camera left than directly on Bec? 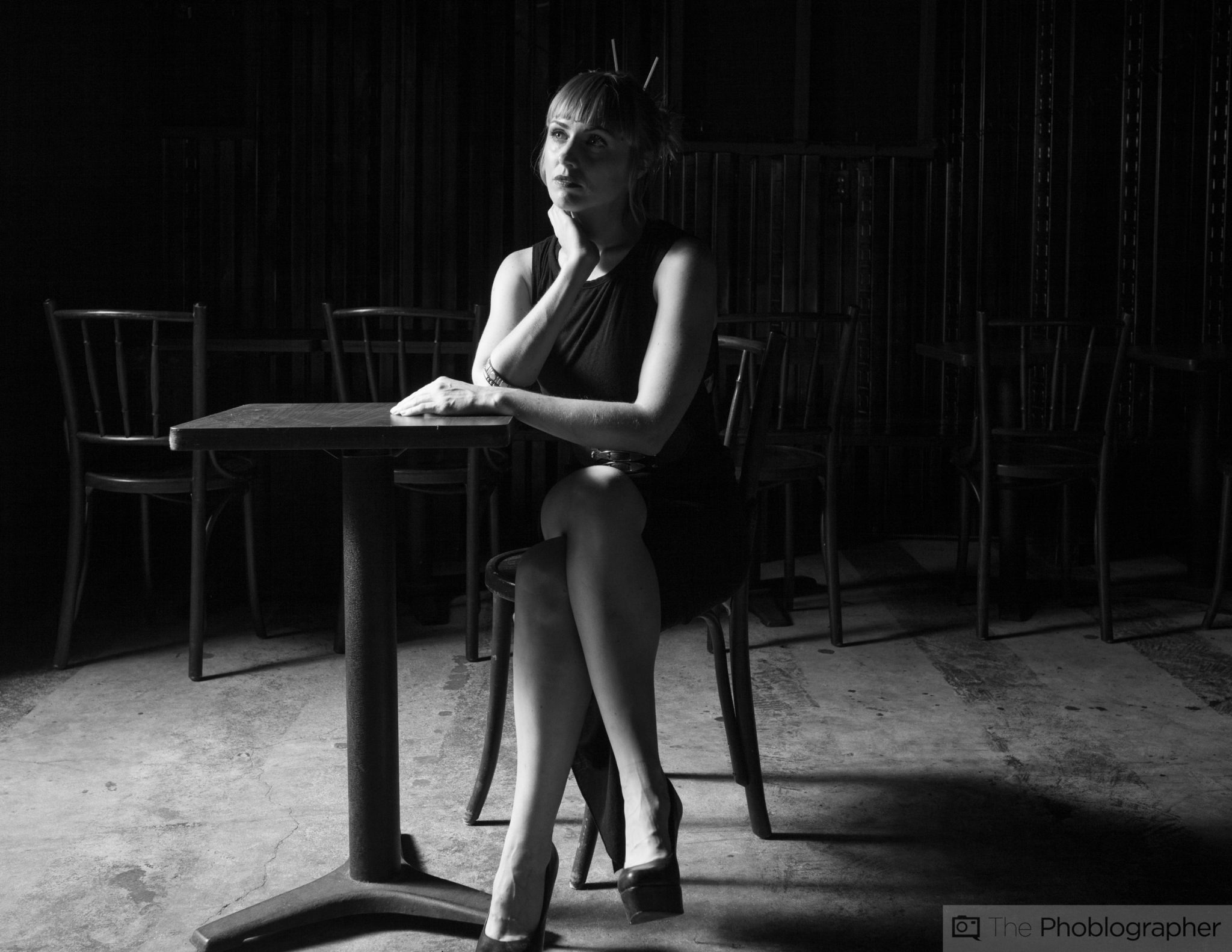 And here’s the light again directly hitting Bec’s side. Again, look at the shadows and where they start to fall off.

As is the case with softboxes and octabanks, I also recommend bigger umbrellas because they allow you to shoot wider scenes. Smaller umbrellas will give more focused output and less inefficiency towards the edges when compared against a larger umbrella providing both lights inside the modifiers are outputting the same amount of light.

When combined with TTL light output and a large umbrella, it’s incredibly simple to make light output look like it’s natural and ambient because of how natural light falloff and light metering tend to work.

That’s why I believe that in general it’s just best to go bigger, though the determining factor here will be the environment that you’re in. It’s pretty tough to open a six foot umbrella in a studio apartment.