An Ode to a Now Popular Film Rangefinder Camera Editor’s Note: I was experimenting with a new format for the Phoblographer in preparation for our upcoming redesign launching this August. This post was supposed to showcase that experience but it crashed and failed pretty hard. Either way, I genuinely do hope that you enjoy this piece.

“They were crap compared to some of the others out there,” is what a former manager told me when I consulted him about purchasing a Yashica Electro 35 GSN rangefinder. Did I listen? No way, I was 23 years old and it was all of $45 off of Craigslist. That meant that I’d meet up with the owner in person, try it out, and make sure that it worked. Indeed, it did; and with a little modification from the Yashica Guy I was able to use a new battery and get right to shooting. 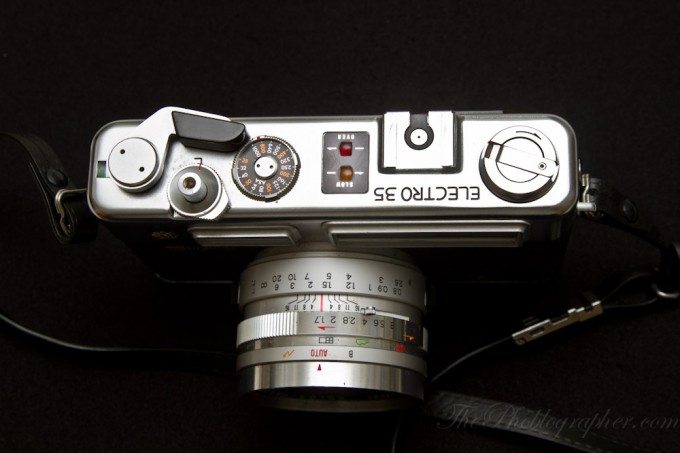 For many of us, we have a camera that really was a companion in a way–it opened a gateway to something else that also hopefully mapped paths for expanded creativity. Six years ago, the Yashica GSN Electro 35 was that camera for me.

If you’re a reader of this site, you’ve probably been one of those people who grabbed a camera and were convinced that you’d be the one to go out and document the human condition. Go on, admit it; we all did it. Some of you may have grabbed a Leica, others the very good QL17 or a Ricoh point and shoot and said that you would be just like Bresson and the rest of Magnum. We romanticized it whether we realized it or not. Why? For me, the Yashica was an incredible piece of kit. It opened me up to working with aperture priority only on the streets (as before that I was a full manual or busy type of lad), gave me the skills to work with a slow shutter speed for flash sync, tested my zone focusing skills and it looked really cool. No one really toted one around back then; they all wanted Leica cameras or the QL17 until one day way back when I did a review of one and suddenly I saw posts on Reddit and /p that I was starting a cult and that folks were honoring my “e-peen.”

No really, I used to read stuff like this and I still do. Though very intentionally, all I was doing was explaining to the world that it’s actually a damned great camera. That camera helped me build confidence. I’d learned that I can really do incredible work with film and what it eventually taught me is that the camera really doesn’t matter as long as the person behind it as a perfect combination of both the technical knowledge and creative intent. To this day, it’s a mantra that I still stick to.

In the same thought process and idea of a companion camera, we had stories together. We went to aerial burlesque parties, Chiptunes events, travelled to the Strand bookstore together, went on long lonely walks around Brooklyn together because everyone else was out and about with plans and I didn’t have any, my old roommate put it on his bed, dropped it and dented the filter ring to beyond repair like a dumbass–we had great times. What was really wonderful about that camera was that it was not only built tough, but it was big. It tried to be low profile, but it had quiet, confident good looks while being like the

That camera was and still is one of my favorites. I’ve moved on–my mother had it in her house and i was never able to get it back before she passed away last month; but that’s a more complicated story. But we all have these cameras–these companion cameras that in a way become an extension of ourselves as we realize that we, not the cameras, are the picture makers. If you’ve never had a companion camera, I recommend that you go out there, make mistakes, and don’t be afraid to get your heart broken a bit by something that fails or doesn’t work.

The stories are always worth it.