There’s apparently been a lot of confusion here; Fujifilm, who recently announced their 35mm f2 R WR lens also still keeps the 35mm f1.4 X in their lineup. To date, that lens is still my favorite that the company has delivered to the market thus far–but the new 35mm f2 is not its replacement. Instead, the f2 version is designed to live alongside it but offers weather sealing, a slightly smaller size, and what is by far the most absolute silent autofocusing I’ve ever not heard during a review period.

So besides weather sealing (a major point for some shooters), why exactly would you get this lens? Specs taken from the B&H Photo listing for $399 The Fujifilm 35mm f2 R WR lens is designed much like many of the company’s other lenses; but to be honest, it has a bit of an odd shape when it comes to visuals. However, we start this ergonomics tour with the front the of lens. This is where we can spot the 43mm front filter thread and Fujifilm’s branding.

This photo also features the lens hood, which is in reality quite small. With the lens hood removed, the package obviously becomes smaller, but less so than with many of the other lenses in the company’s lineup. In this image, you can also see the odd structure I’m talking about as the lens is very bottom heavy and becomes lean and slender as you move towards the front.

Fujifilm included its standard aperture ring control, which feels very nice to the touch. The lens won’t allow you to pull the manual focusing ring back to use a depth of field scale unlike some of the company’s wider angle lenses. For what it’s worth, said manual focusing ring is also quite puny. With the lens hood attached, the package becomes ever so slightly larger. This is a big difference in comparison to the 35mm f1.4’s lens hood–which to be honest can probably turn your lens into a weapon.

I’m joking of course, but that hood is far larger than this one. 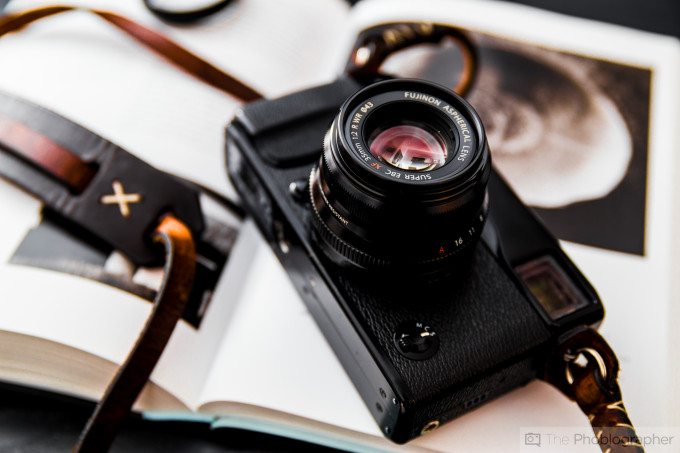 Considering that this lens has weather sealing, we’re sure that it will be able to stand up to the rain with no problems, but we’re going to need to test that theory out with the XT-1. Otherwise though, the Fujifilm 35mm f2 has a very solid feel to it with an all metal exterior. Additionally, even though the back end is larger than the front, it feels really nice in the hand when it comes to real life use.

Feeling the aperture ring click and turn with the 35mm f2 is one of the smoothest experiences I’ve had from any Fujifilm lens. Of any lens that I’ve tested (from Fujifilm, Sony, Olympus or Panasonic) the autofocusing on this lens is the most quiet that I’ve ever encountered. In fact, it’s so quiet that unless you’ve got the visual confirmation and an AF confirmation beep, you probably wouldn’t know that it was in focus at all.

Beyond this, the lens also focuses quickly–very quickly. I’ve been using it for a couple of hours now and it’s maybe even Fujifilm’s fastest focusing lens–and that’s on the X Pro 1. I have to test it on the XT-1 still, but I’m positive that it’s going to be incredibly speedy.

For what it’s worth, the lens still isn’t faster than what Sony and the Micro Four Thirds manufacturers have, but it could indeed be outdoing Samsung. Here are a couple of image samples that we shot today. All photos had clarity boosts and a Fujifilm Velvia or Astia color profile added.

Big thanks to the beautiful Asta Von Carlowitz for being our muse. 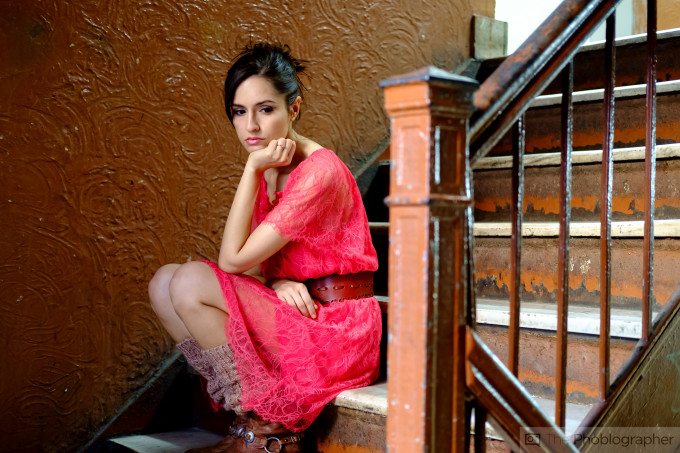 So far, we’re really impressed with this lens. It’s got a solid build quality, fast autofocus, silent autofocus, can render very sharp images, and incorporates weather sealing. Indeed, there is nothing to really complain about just yet, but we’re going to need to put it through rougher tests during the review period.