Making the Best Use of Your Photo Gear for Street Photography Since we’ve been publishing a lot of gear round ups due to it being the end of the year, we also want to ensure that you know how to use the gear. If you’re looking to get into street photography with your shiny new purchases, you’ll be delighted to know that we’ve published lots of tutorials on how to use your photo gear in situations like this.

But we’ve also done a lot of thinking on the ethics of the format. 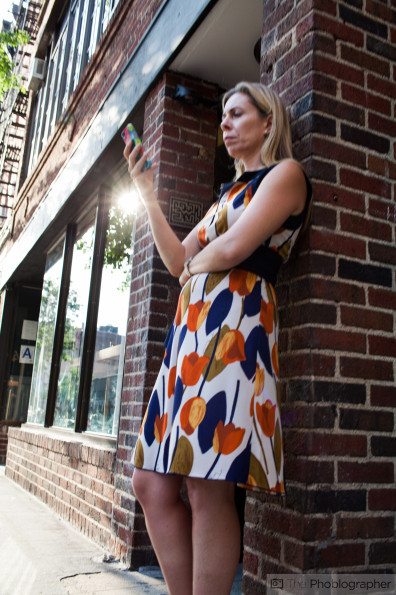 How to Avoid Not Getting Punched in the Nose in Street Photography: Managing Editor Julius Motal talks about how he started out in street photography and learned how to deal with the fears that any beginner faces. He admits that it always felt like a risky venture, but he went through with it anyway.

Getting Over Your Timidness: Candid Frame Podcast host Ibarionex Perello talks about ways to get rid of being shy by using baby steps. Eventually, you’ll gain your own confidence.

Why Shooting Wide is Best for Street Photography: I’ve always been a big believer that putting someone into a scene is the most important thing that you can do with street photography. And mimicking the look of the human eye and shooting wide is one of the best ways to do this.

10 Tips from Famous Street Photographers: Originally written by Nick Gooden, this blog post lists tips from some of the format’s greatest shooters.

Dealing With Confrontation: What happens when you actually end up in a tussle on the streets? Here’s one story.

Understanding Awareness in Street Photography: Many photographers want to be the fly on the wall and nothing more. It’s important to them because they don’t want to be caught in the act. This post explains the concept of awareness and paying attention to body language.

Four Ways to Hit Your Stride in Street Photography: There is no reason for you to spend all your time inside cooped up and not shooting. You’ll never develop that body of work unless you actually go out and shoot. This post tells you where to start.

How Becoming Blinder Taught Me to Become a Better Street Photographer: Hours of starting at a screen and editing articles and photos have taken a toll on my eyes. And because of that, I’ve had to adapt when it comes to shooting street photos.

How to Zone Focus in Street Photography: The best way to capture candid images on the street isn’t to use autofocus, but instead to zone focus. And here’s how to do that.

On Taking the Ethics of Taking Photos of Children: Don’t want to look like a creep but still saw an amazing moment with a child? Here’s what you should do.