How to Get Softer Light in Portraits During the Daytime, Shoot in Shadowy Areas When shooting during the daytime, know that only the photographers that don’t know a thing about lighting shoot exclusively only during the golden hour (unless their shoot honestly requires it, but be honest here–how many often do require it all the time.) When you’re shooting during a cloudless day, you don’t have much of an option when it comes to shooting outside–but it surely is possible. If you photograph a person in the bright sunlight, you’re bound to get loads of blown out areas on them and some really deep and unflattering shadows.

To remedy this problem, take your subjects into an area dominated by the shadows like the shadow given off by a building. This way you have even and very controlled light to start making your exposures and adjusting your settings. But as an additional tip, you can also bring your subject closer to a building and see how the colors affect them. For example, brick walls will often bounce red light towards a subject. This can do a great job for skin tones or it can wreck the look of subject’s clothing.

When you bring a subject into the shadows, expect the background to be blown out. The reason why is because you’re prioritizing the skin of the subject. In fact, we recommend switching your camera’s metering mode to spot metering.

In a case like this though, no one really cares if you blow out a highlight because not every single image needs to be an HDR and as long as you get the subject in even lighting that’s all that matters.

When Using a Flash, Zoom the Head to the Widest Setting 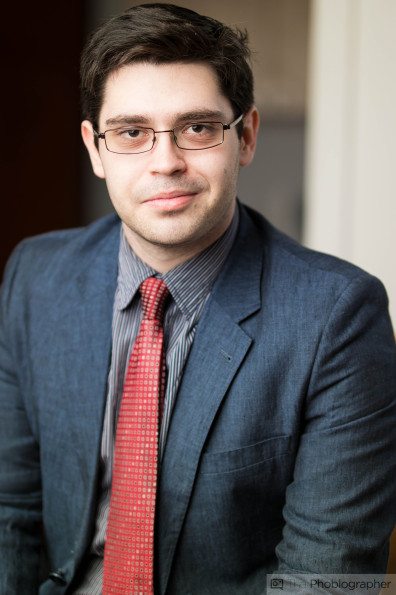 Your flash has a couple of zoom settings, and these were designed originally to work with different focal lengths. Very primitive flashes zoom from 24mm, 35mm, 50mm, to 105mm.  Modern flashes can sometimes go to 135mm, but in a case like this it may be best to work with the widest zoom setting.

Before we even continue any further we’re going to state that you take the flash out of the hot shoe and put it on a light stand or somewhere else. In the current situation we’re describing, we recommend that you bounce the light off of a wall. Many photographers do this when they’re learning but they also do this as they continue to progress in their craft.

When your zoom head is aimed at a wall and set to the widest setting, the flash outputs light over a larger area. And as per the rules of lighting, the larger the light source is in relation to the subject the softer the light is. Since the light coming from the flash is travelling to a larger area, it will also bounce off of a larger area and therefore give off the effect of super soft lighting.

Of course, we also recommend that you meter your flash and aperture accordingly.

At this point, we recommend zooming your flash to the 14mm focal length by flipping out the wide angle diffuser that most flashes have built in.

On the other hand, if your flash isn’t being bounced off of a wall, we recommend that you zoom the head to the appropriate focal length that you’re using. Though sometimes you can get away with a bare flash aimed directly at a subject at 14mm if the power settings are at the right output. You’ll need to experiment with this one, but we’ve personally had the most success with it when the flash is used in the shadows and outside with the power output turned down to the very low settings.

When Using Strobes, Get a Large Light Modifier Many strobes (ie. studio flashes) don’t have some sort of zoom head setting and instead rely on various sized light modifiers to get their effect. A bare bulb flash can be very all over the place and incredibly harsh in lighting since it is very efficient lighting but on the other hand when you put it in an umbrella the light is being bounced all around and spread all over. As a result, the light is very soft but not very efficient due to it actually spreading out all over the place. To that end though, that’s the beauty of working with an umbrella.

No light modifier or just something like an umbrella reflector will narrow the light beam and focus it in a way that creates a very harsh shadow. This shadow is something that is part of a look that is very highly prized amongst many fashion photographers–but it’s also become part of hipster culture because it’s so simple to do. Indeed, when combined with a great pose, it can surely work out quite well.

On the other hand, this article is about soft lighting…

If you want to get softer light with a strobe, you’ll need a large light modifier in relation to your subject. Photographing a person? A 3×4 softfox, 6 to 7 foot umbrella, or a 64 inch octabank may be just what you need. In fact, you may want to get more than one and put one on each side to deliver even lighting. In this case though, one will be your key light while the other will be your fill. That’s how you’ll get completely soft and shadowless light–but sometimes a shadow (even so slight) can help add to the mood that you’re trying to create.

Want to know more about light modifiers? Check out our guides to:

These are the two most common types of light modifiers. And once again remember that the larger the light source, the softer the light. When working with artificial strobe/flash lighting of any sort, something happens to your exposure settings. We’ve talked about this many times, but we’re going to recall it for the newbies:

– Aperture controls the amount of lighting from your flash that actually affects the scene.

– ISO controls the entire sensitivity of the scene.

That means that when you’re shooting a scene, the slower your shutter speed the more ambient lighting will be let into the scene. You often need to shoot at a slower shutter speed when trying to photograph an LED screen of some sort. The reason for this is so that the light from the screen can seep into the exposure.

By letting your shutter speed be slower, you potentially fill in more shadows.  But keep in mind that when shooting at a slower shutter speed you also give up stability that can result in camera shake unless you have vibration compensation or image stabilization. The way around this is by raising your ISO setting change changing the aperture and flash output settings.

Fill Shadows In With a Large White Reflector

The last way to conquer your shadows in a scene are to add a large white reflector to it on the other side of the key light or aimed at the shadows. Reflectors quite literally reflect light back into a scene to fill in those shadows and make the image look like there is softer light. The same idea applies to bouncing a flash off of a reflector of some sort.