This Leica Flash Modification is Hardly Practical for Street Photography All images and part of the research by Ken Toda. Used with permission.

Leica cameras have more or less always been considered the kings of street photography and documentary work. It has been argued that adding a flash can take away from the stealth approach–but this flash that we found really takes the cake on that claim. Photographer John Oliver got a hold of the camera and showed it off on Reddit. When we asked us about it. He directed us to Ken Toda.

Ken tells us that he got his hands on a book that told the history of Leica and the Leitz company. Apparently, this is a special flash on the III-c model camera above dating back to around 1940. The 35mm cameras and flashes were sold to the US Signal Corp and Navy right before Dec 1941–which is essentially pre WWII.

Ken continues to say, “I did not open the bottom plate unit, but as you can see, on its back there is a slide adjustment (black lines including one red). The main shutter drum is coupled to this bottom trigger devise that has quite complex-precise ‘TIMING’ contact as later applied into III-f model dial on top (numbers around top shutter dial. This IIIc trigger is pre IIIf…”

More images of the flash, camera and pages from the book are after the jump. 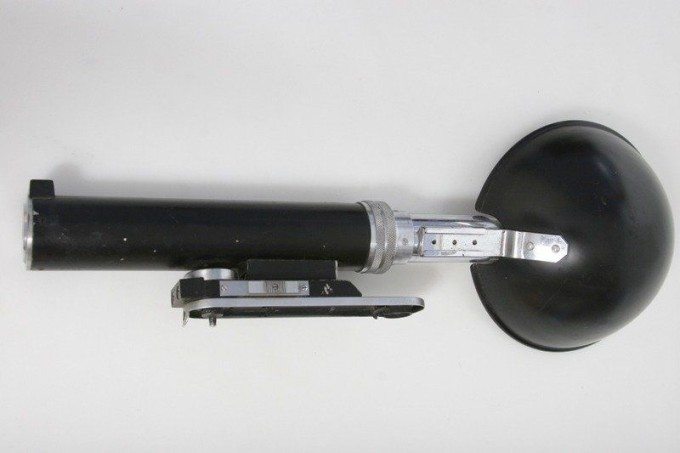