Very recently, Tokina announced their 70-200mm F4 AT-X Pro FX VCMS lens for Nikon F mount cameras. It is billed as being a more affordable alternative to other lenses on the market and also as something that should be in the camera bags of photographers that love shooting sports and action. Like many of the other third party lens manufacturers, Tokina has been doing a great job with their lenses–and they all have a varying optical formula that make each one unique. This is very unlike Sigma and Zeiss–who have a specific look to them.

For the past few days, this lens has been impressing us a lot.

Taken from the Adorama listing of the lens 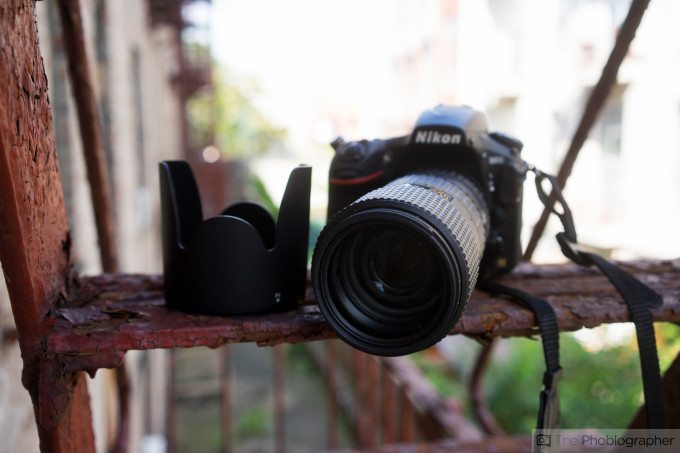 The Tokina 70-200mm f4 is a telephoto zoom lens designed for professionals that shoot during the daytime and want something at an affordable price with great results. For the most part, this is well translated into its exterior design. For starters, you get a massive lens hood with the product that when removed makes the package look that much less intimidating. The exterior is dominated by two control rings including two switches. These rings control focusing and zooming while the switches set the lens’s functionality to manual focusing/autofocusing and also set the vibration compensation. The switches are placed towards the back for easier access while shooting without removing the viewfinder from your eye.

The lens has a distance scale on it as well to help you focus out to certain areas. However, like most autofocusing lenses this is more or less useless. At the moment of writing this post, we’ve had this lens for less than two days and one of the first things that we figured that we’d do with it is take it to the beach. Nothing online states whether or not the lens is weather sealed, but it surely survived the sand blowing around as well as some condensation from being inside of a camera bag.

So far, the lens is turning out to be very solidly built. In addition, it is light weight and feels great in the hands.

On the Nikon D810, we found the autofocus of the Tokina 70-200mm f4 so far to be pretty darned quick. But for what it’s worth, we still think that Nikon’s own glass acquires the subject faster. We found tracking subjects to be no problem for this lens though, but something that we found annoying is that when it’s ready to focus, you can hear the Vibration Compensation kick right in. You’ll immediately hear this loud tick then silence–and it isn’t bad per se but we see how it could be an issue at something like a wedding (if you choose to use this lens at a wedding.)

The lens is a typical autofocus telephoto zoom: so all you need to do is ensure that you’re in focus for the most part. However, we also recommend that you activate the Vibration Compensation if you’re shooting handheld but turn it off if they camera and lens are mounted to a tripod.

The lens’s rings are the zoom ring and focusing ring–but at the back of the lens there seems to be another one. On closer inspection, you’ll realize that Tokina put that here for ergonomics purposes–which is both weird and logical at the same time.

Here are some first sample images that we shot. So far, we really like the colors, focusing abilities, and sharpness of this lens. Additionally, we’re sold on its build quality and for the most part there is very little to complain about with the Tokina 70-200mm f4 Pro. But we’re not sure that it’s a lens that everyone will need or own–though it is surely versatile.