Nikon Is Letting Your 1 Series Lenses Get Real Close Up 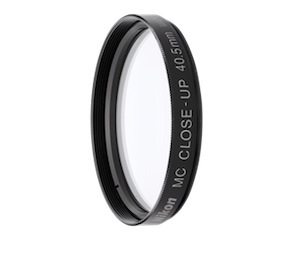 Close up adapters are fun for those that love to do macro shooting on the cheap. So recently, Nikon announced a new close up filter for their VR 10-30mm f/3.5-5.6 and 1 NIKKOR VR 30-110mm f/3.8-5.6 lenses along with any others with a 40.5mm filter thread. According to their press release, the new N1-CL1 close up adapter is being marketed by pushing the background blur aspect pretty hard–also known affectionately as bokeh.

While many smarter photographers may think of the Nikon 1 series cameras as a joke, consider the fact that the series took the lead last year in mirrorless camera sales. Surely, Ashton Kutcher’s fugly mug might have helped, but according to salesmen at other stores (I used to work at B&H Photo) the sales incentive was extremely high–as were the commissions.

Indeed, they could also be called the new Nikon point and shoot.